The American Ethanol team is in Seattle, Washington this weekend with Kyle Mohan for Formula Drift Seattle — where we’ll host an engine performance workshop for Formula Drift fans and automotive enthusiasts in his pit area alongside his American Ethanol Mazda RX8. These workshops allow Mohan to interact directly with fans in an intimate, personal setting, where they can learn firsthand about all that goes into building and maintaining a 1000 horsepower drift car throughout a Formula Drift season. The workshops give Mohan a chance to talk to fans about the role that choosing ethanol plays in his success, allowing his engine to last much longer under higher loads and pressures than his competitors’, as well as all of the environmental and public health benefits that are important to him. Stay tuned to Mohan’s Instagram page and the American Ethanol social media channels starting today for coverage of the event!

After a few weeks off, Deric Kramer is back and ready for action in the NHRA Pro Stock Series at his hometown track – Bandimere Speedway aka “Thunder Mountain” in Morrison, Colorado. Kramer will gun for his second win of 2019 this weekend at the Dodge Mile-High NHRA Nationals Presented by Pennzoil, with his local family and friends cheering him on. The television broadcast schedule can be found on the NHRA website and you can follow Kramer on Twitter and Instagram for updates and insights during race weekend.

Austin Dillon and the No. 3 team were on pace for a great showing last weekend at Kentucky Speedway, but for the second weekend in a row, a fast car and chance for a top finish were spoiled by bad luck. This time, it was a faulty transmission and alternator that kept Dillon from his desired result.

“The AAA Chevrolet Camaro ZL1 was really fast to start the race today at Kentucky Speedway,” Dillon said. “We were able to run within the top-five for much of the first two Stages and earn Stage points, which is definitely an improvement over last year. We have speed, and that’s a testament to all of the hard work RCR and ECR is doing. Unfortunately, we had transmission and alternator issues today and spent time in the garage making repairs. I hate breaking stuff, but when you do, this No. 3 team just keeps working and never gives up. We’re going to get this monkey off our back and we’ll be just fine.” 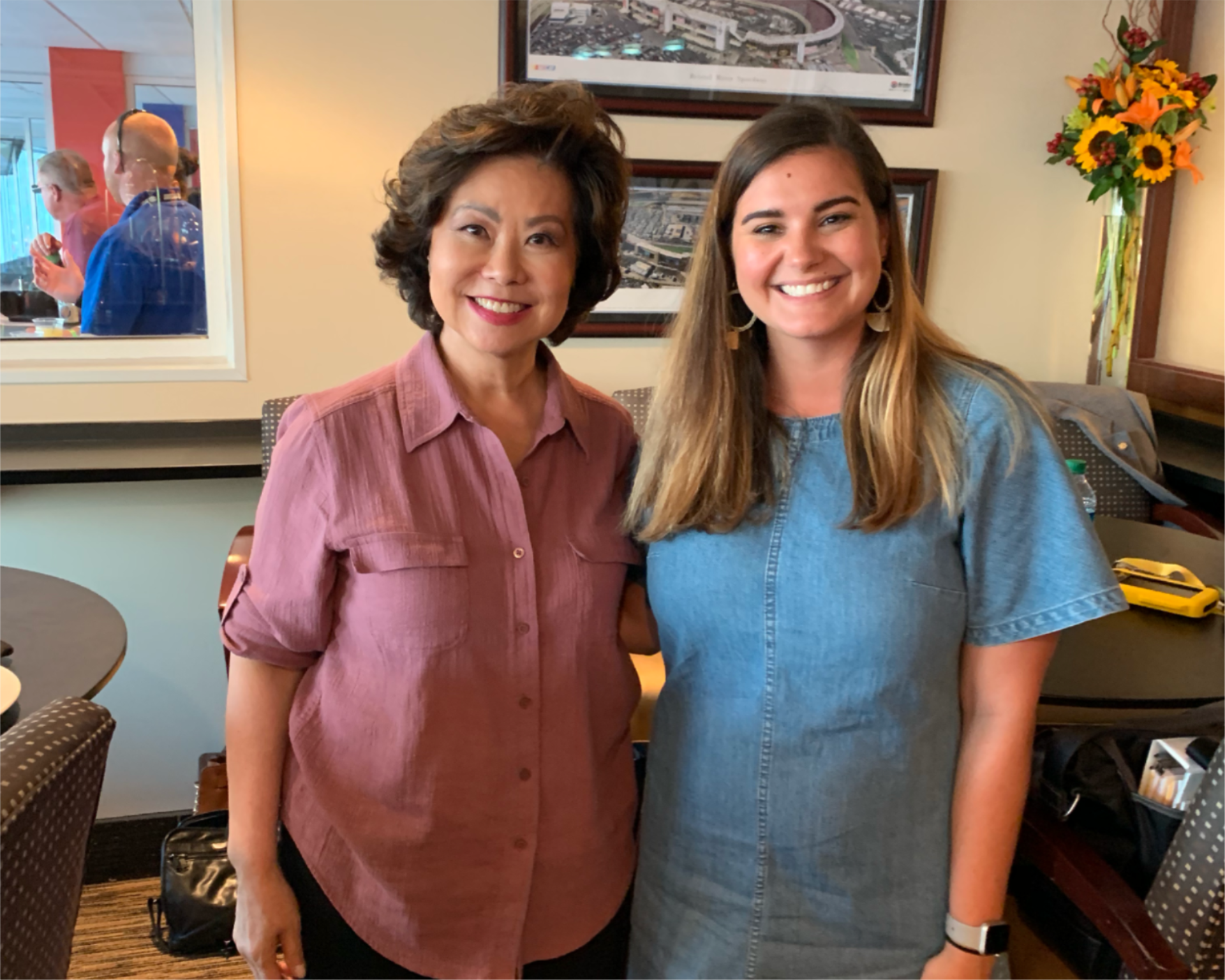 In addition to the action on the track, we were active off the track in Kentucky as well. The Growth Energy communications team coordinated with NASCAR to meet with U.S. Secretary of Transportation, Elaine Chao, who was at the race for her first-ever NASCAR event. The meeting with Sec. Chao and her staff provided an opportunity to talk about Growth Energy’s leadership in the biofuels space, and discuss NASCAR as an amazing platform to demonstrate the benefits of ethanol to racing fans across the country, who have witnessed the millions of high-performance miles driven with Sunoco Green E15 in NASCAR.

Austin Dillon and his team return to the track this weekend for the Foxwoods Resort Casino 301 at New Hampshire Motor Speedway, where Dillon enjoys competing. “New Hampshire Motor Speedway has always been a really fun track,” he explained.  “I love going there. It’s a flat track. Entry is fun there. It’s different. It’s a different type of feel than what we have anywhere. You slide the left rear into the corner and you pick up the right front and the first person to get back to the gas is going to be good.”

Dillon will also have the chance to win one of the more unique trophies in sports – Loudon the Lobster – a monster of a lobster that is given out each year to the driver who takes the checkered flag in New Hampshire as part of a decade-long tradition. When asked what he’d do with the lobster if he won, rather than prepare a nice team dinner, Dillon joked, “Oh man. I’d probably get a fish tank and keep him in it. I’d give him a good home so that he could live out his days comfortably as a trophy.”

The Foxwoods Resort Casino 301 at New Hampshire Motor Speedway will be televised live on Sunday, July 21 at 3 p.m. Eastern time on NBC Sports Network. It will also be broadcast live on the Performance Racing Network and SiriusXM NASCAR Radio.

American Ethanol and Novozymes Team up for Xfinity Series Race