Engine Performance 101: Why is ethanol a car’s best friend? 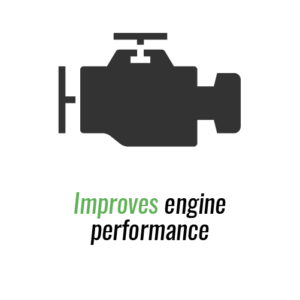 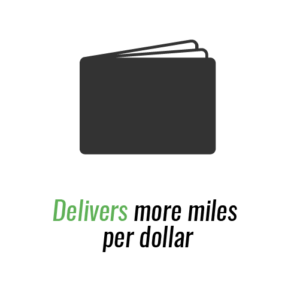 It’s easy to see why biofuels are a smart choice for engines. Ethanol is an affordable, high-octane biofuel that is added to nearly every gallon of fuel sold in the U.S. The boost from biofuel’s octane enhances engine performance and allows for more efficient engine designs. Biofuels deliver greater power, less pollution and more miles per dollar – a winning combination for American drivers – on the road and on the racetrack!

Ethanol displaces aromatic hydrocarbons in gasoline, many of which are known carcinogens often used to boost octane. Aromatics are carbon-intensive constituents that are difficult to burn fully, but ethanol contains oxygen, which contributes to thorough and efficient fuel oxidation, meaning unburned hydrocarbon and carbon monoxide emissions are reduced. Ethanol is also an excellent solvent, reducing carbon build-up in the engine ports and combustion chamber.

Most cars require fuel with a minimum octane rating of 87. Ethanol’s octane rating is 113 and is added to petroleum-based fuels to create a blend with at least 87 octane for use in modern vehicles. Since ethanol is clean, renewable, abundant and inexpen­sive, it provides the needed boost and is mixed in 97 percent of U.S. motor fuels.

Tightening fuel economy requirements are pushing manufacturers to downsized, ‘boosted’ engines. In this scenario, engine performance would be maintained by operating the engine at higher pressures and temperatures; however, increased engine loading requires higher-octane fuel. Small, high-compression boosted engines use less fuel, and the octane increase provided by higher ethanol blends would make it possible to reduce size without sacrificing performance. Octane quantifies the susceptibility of a fuel to auto-ignite or “knock.” Ethanol decreases the propensity for the engine to knock through increased octane and reduced charge temperature.

Alcohols, including ethanol, help to remove oil-based grime from surfaces, not unlike dish detergents, which helps prevent the build-up of residues on key engine components.

Extensive testing by the Department of Energy has shown that all vehicles since 2001 are built with modern materials, allowing them to run on fuels containing up to 15 percent ethanol. Most importantly, automakers approve E15 for use in 90 percent of new cars and the EPA approves its use in nine out of 10 of cars on the road today. Engines in Flex Fuel vehicles can operate on blends of up to 85 percent ethanol.

Ethanol also reduces the likelihood of moisture build-up in an engine. If water does get into a fuel tank, it doesn’t mix with gasoline and can accumulate at the bottom of the tank. If that unmixed water gets in the engine, the engine will stall. It could also freeze in the fuel .

Water is miscible in ethanol, meaning that ethanol-blended fuels can absorb some water before becoming saturated and experiencing ‘phase separation.’ Indeed, most over-the-counter products sold to remove water from fuel systems are alcohol-based. Increasing the concentration of ethanol in the fuel increases the amount of water that can be absorbed prior to phase separation. In essence, ethanol helps keep the fuel dry.

What About Small and Marine Engines?

Learn more about why ethanol is a car's best friend by visiting GrowthEnergy.org or downloading one of the fact sheets below:

Whether you're a consumer or a highly-trained, ASE-certified mechanic – learn how ethanol helps maximize engine performance.

Find a fast-paced, ethanol fueled race near you!