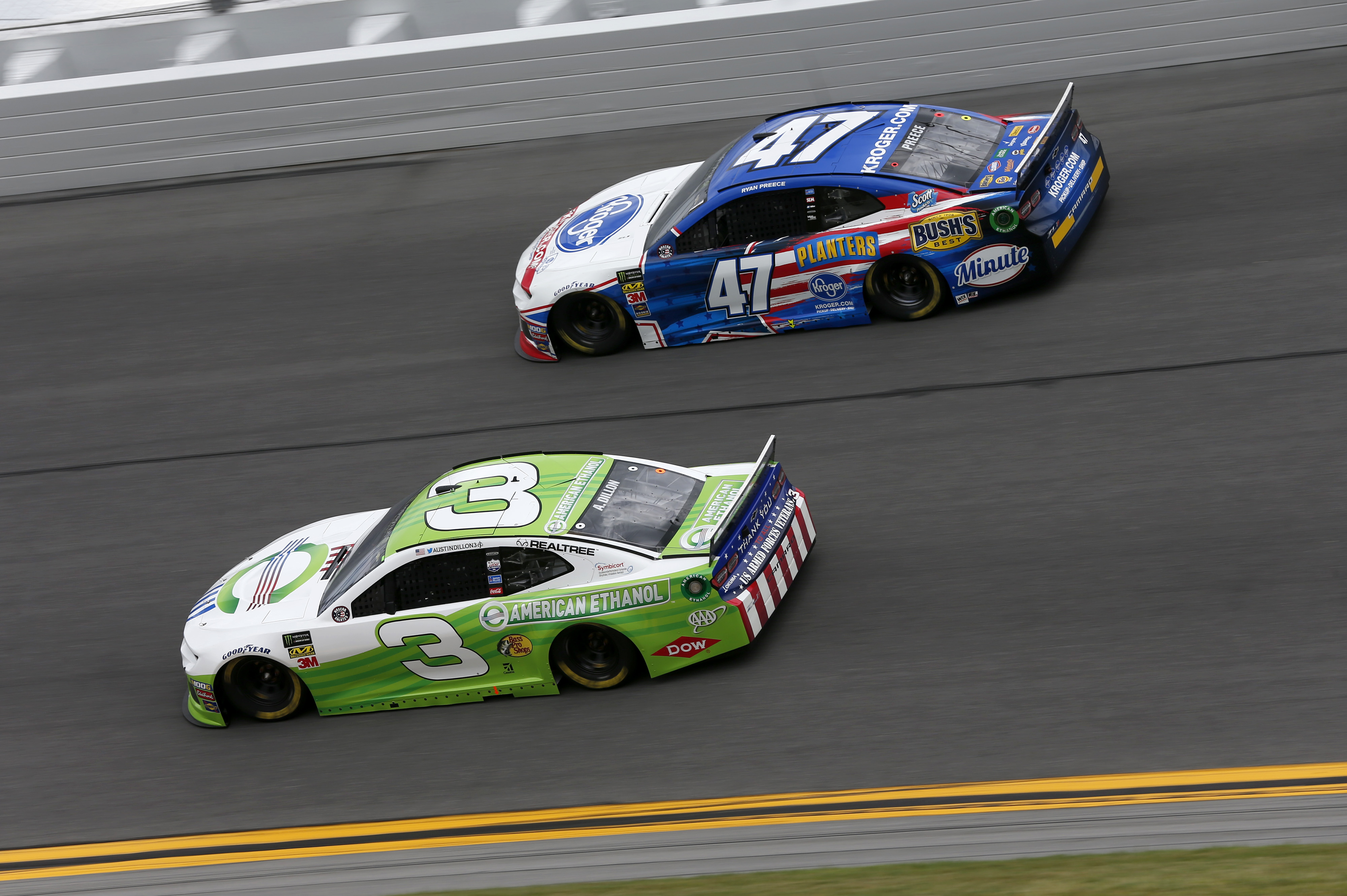 There were more than just fireworks on display last Independence Day weekend, as Austin Dillon and the No. 3 American Ethanol Chevrolet Camaro ZL1 were on the track for the second time this season. There was much anticipation around the race – the Coke Zero Sugar 400 – as it gave Dillon another opportunity to shine at Daytona International Speedway. Dillon and the No. 3 team certainly did not disappoint, earning significant television broadcast time and attention for American Ethanol by running at the front of the pack and winning Stage 2 of the race. Unfortunately, an accident in Stage 3 eliminated Dillon from the field and ended his day early when he was very much in the hunt for a win. 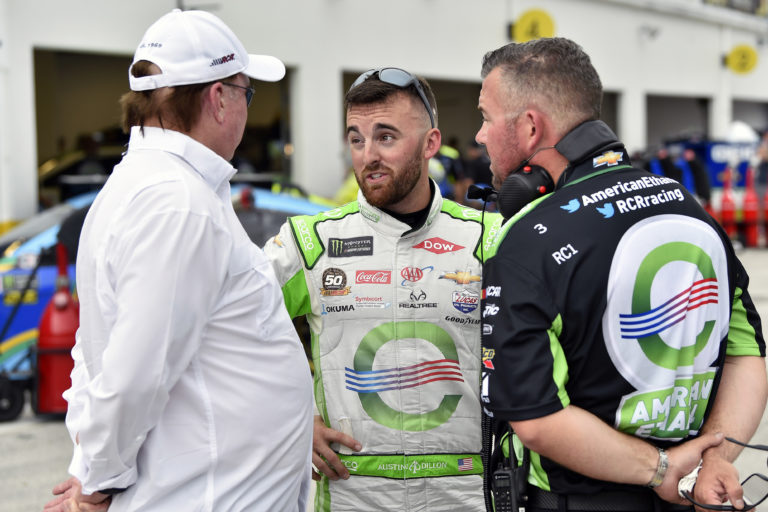 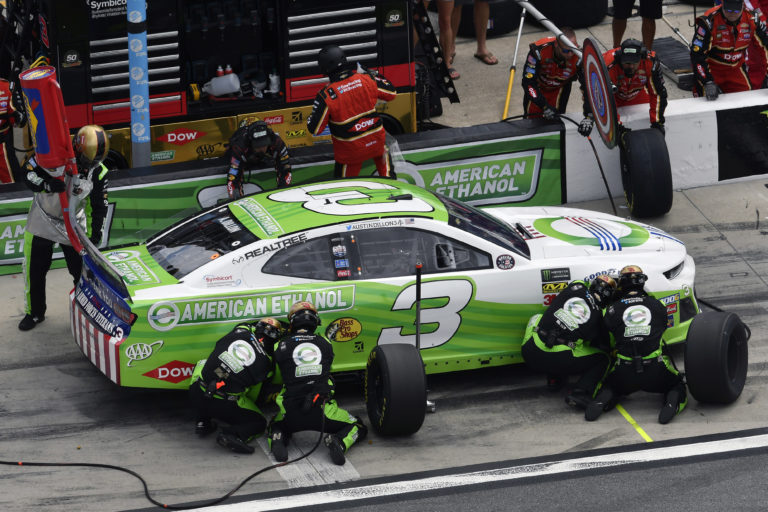 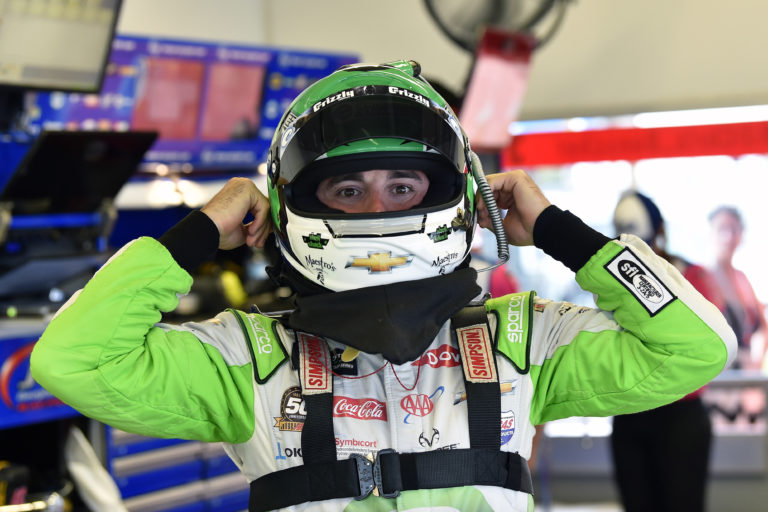 “That was definitely one of the best race cars I’ve ever had, so whatever RCR and ECR is doing to build these speedway cars, they need to keep doing it,” Dillon said. “We were able to work with Team Chevy all day and stick to a strategy to keep the Chevrolet teams up front in the Coke Zero Sugar 400 at Daytona International Speedway. It felt awesome to earn the Stage 2 win and lead a lot of laps in the No. 3 American Ethanol Chevrolet Camaro ZL1. I felt like it was our race to win, but unfortunately it didn’t end up that way. We lost the lead and I really felt it was kind of urgent to get back into the lead because of the lightning and rain coming. I got turned a little bit left and then it shot me down left. It’s just part of this kind of racing. I’m disappointed in how everything went down. I hate wrecking race cars but I’m here for Richard Childress Racing. I bleed RCR and we’re trying to get them in the playoffs.” 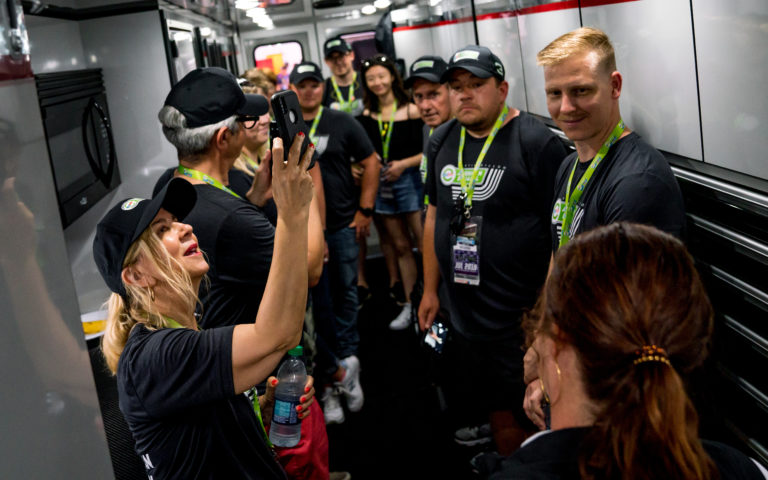 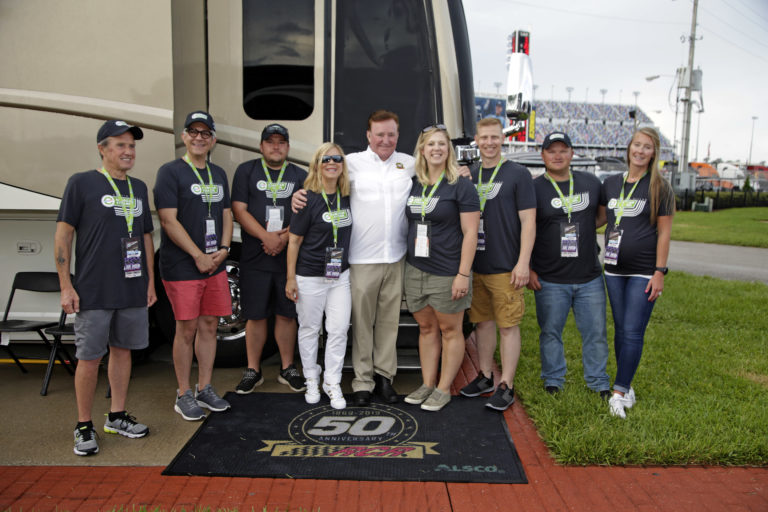 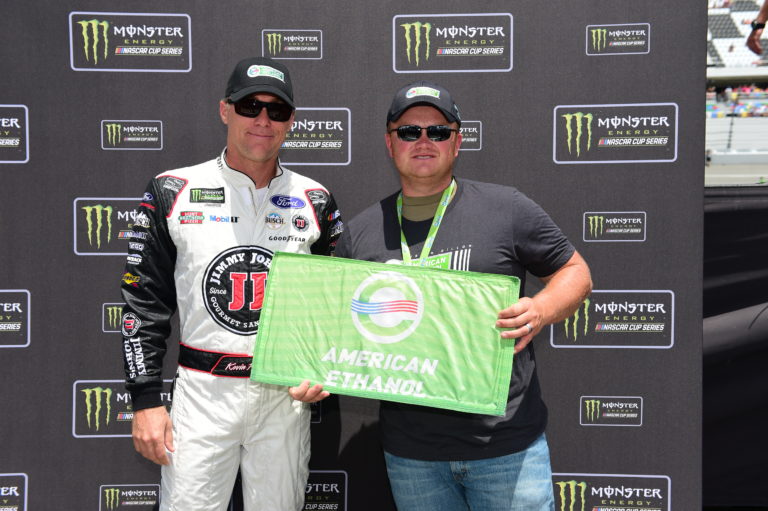 In addition to the action on the track, we were thrilled and honored to host an amazing group of military veterans who are currently employed at Growth Energy member companies at Daytona as part of the NASCAR Salutes program. The biofuels industry is one of the most patriotic that you will find in this country and employs a high percentage of U.S. Armed Forces veterans. Similarly, NASCAR is at the forefront of major U.S. sports in terms of appreciation for the military and what they do for all of us, so participating in NASCAR Salutes has been a privilege for American Ethanol for many years now. In case you missed it, check out our video from the group of veterans and hear what they had to say about their VIP experience at the track with American Ethanol and Richard Childress Racing.

The No. 3 Team Looks to Duplicate Success at Kentucky Speedway

Austin Dillon has had success in the Bluegrass State before, winning his first-career Xfinity Series race at Kentucky Speedway in 2012. In fact, Dillon swept both Xfinity Series races at the track that year, so he and his team are confident heading into this weekend during their ongoing playoff push.

“Kentucky is one of those places I’ve always been pretty decent at, going back to the NASCAR Truck Series and the NASCAR Xfinity Series days,” Dillon explained. “We were able to win there, and any time that you head into a track that you’ve been successful at in the past you go in with some confidence. The repave is a few years old now so it should be fun to see how that’s shaping up. We will look forward to Kentucky as one of those places that we feel like we can run well at.  At this point, we need a win in order to make it into the Playoffs and that is our goal.”

The Quaker State 400 at Kentucky Speedway will be televised live on Saturday, July 13 at 7:30 p.m. Eastern time on NBC Sports Network. It will also be broadcast live on the Performance Racing Network and SiriusXM NASCAR Radio.

American Ethanol worked with Richard Childress Racing and ECR Engines’ Dr. Andy Randolph on a series of “Mean Ethanol Tweets” videos that set the record straight on a handful of the most pervasive myths about ethanol. The series takes its inspiration from the “Celebrity Mean Tweets” content series made famous on the Jimmy Kimmel Show. We just released the second video of the series, and we encourage you to check it out by viewing the video above and retweeting it from the American Ethanol twitter page! 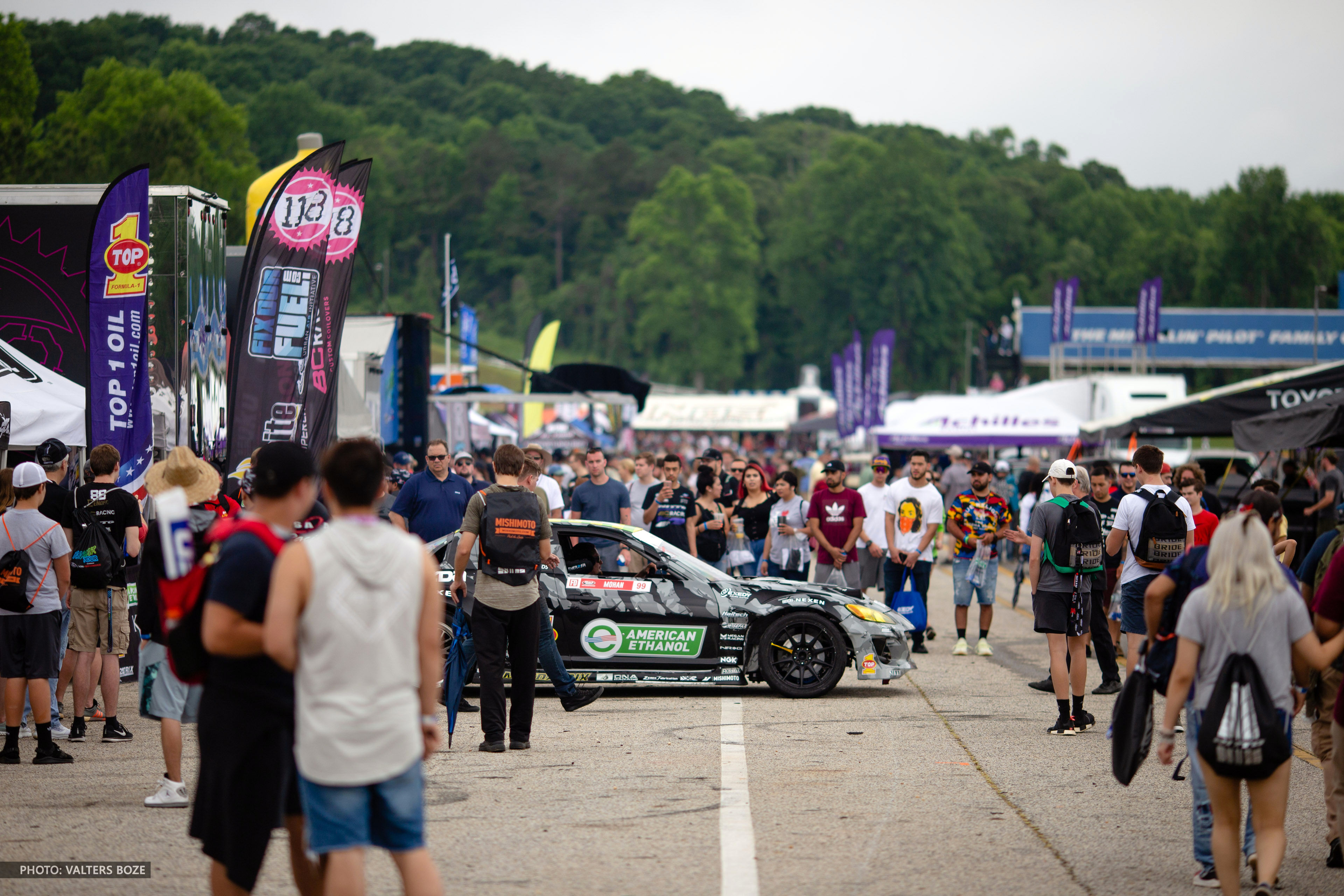 American Ethanol will partner with Kyle Mohan next weekend for Formula Drift Seattle, where he and his team will host an engine performance workshop for Formula Drift fans and automotive enthusiasts in his pit area alongside his American Ethanol Mazda RX8. These workshops allow Mohan to interact directly with fans in an intimate, personal setting, where they can learn firsthand about all that goes into building and maintaining a 1000 horsepower drift car throughout a Formula Drift season. The workshops give Mohan a chance to talk to fans about the role that choosing ethanol plays in his success, allowing his engine to last much longer under high loads and pressures than his competitors’, as well as all of the environmental and public health benefits that are important to him. Stay tuned to Mohan’s Instagram page and the American Ethanol social media channels next weekend for coverage of the event! 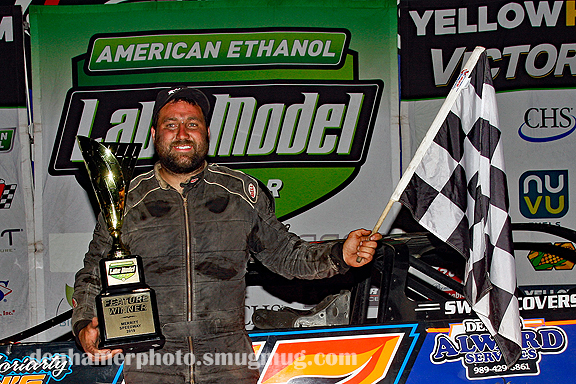 The American Ethanol Late Model Tour (AELMT) wrapped up a weekend doubleheader at Merritt Speedway last Saturday night, with David Mielke going to the YellowHose.com Victory Lane for the second time in his career, and the second time in two weeks. Mielke jumped out to an early lead in the Independence 40, but a pair of late race cautions shook up the field and forced him to battle for victory. Mielke became the first repeat winner of 2019 and the first back-to-back winner of the season, while also becoming the first-ever driver to win an American Ethanol Modified Tour race and an AELMT race in the same weekend.

The next event for the AELMT is a rescheduled race from earlier this year on Friday, July 19 at I-96 Speedway in Lake Odessa, MI. Next weekend’s race will be the last event before the AELMT takes a short summer vacation in preparation for a huge slate of events in August and September. Be sure to follow the AELMT on Facebook for more info.

Deric Kramer has been hot lately in the NHRA Pro Stock Series, winning his first race of the year back in June at the Route 66 Nationals in Chicago, followed by a top-qualifier start in Norwalk, Ohio at the Summit Racing Equipment NHRA Nationals. Now, after a break in the Pro Stock series, Kramer has his eyes set on taking a trip to the winner’s circle in front of his hometown fans at the Dodge Mile-High NHRA Nationals Presented by Pennzoil at Bandimere Speedway, known in the racing community as “Thunder Mountain.” The race kicks off next weekend on July 19-21. The television broadcast schedule can be found on the NHRA website and be sure to follow Kramer on Twitter and Instagram for updates and insights during race weekend.