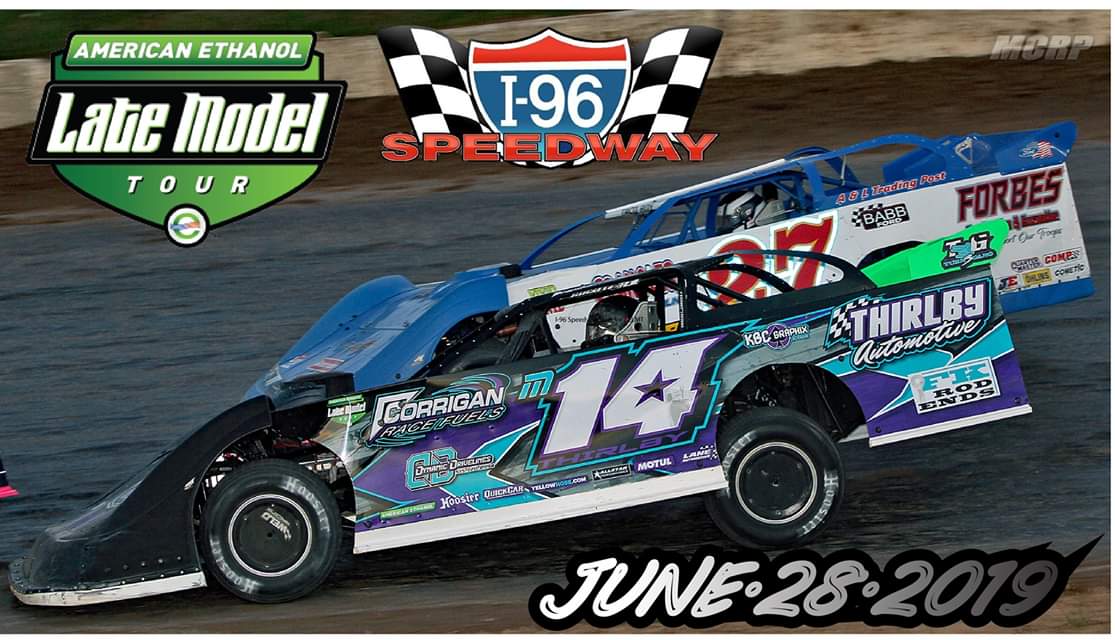 The American Ethanol Late Model Tour (AELMT) had a successful doubleheader in Michigan last weekend, hosting two race events at Hartford Speedway and Thunderbird Raceway. Tour leader Brandon Thirlby captured the win at Hartford Speedway, and Logan Arntz collected his first-career AELMT victory at Thunderbird Raceway in Muskegon, Mich. In addition to the overall winners, a host of contingency awards were handed out over the weekend, including the American Ethanol Performer of the Race Award, which is given to the highest-finishing driver who competes using a blend of 15 percent ethanol or higher.

Summer racing season is in full swing for the AELMT, which follows last weekend’s doubleheader with a trip to I-96 Speedway this weekend for the Battle of Speed 40 presented by Zook Farm Equipment. Check out the AELMT website for more details on the race this weekend and be sure to follow their Facebook and Twitter pages for great content and updates. 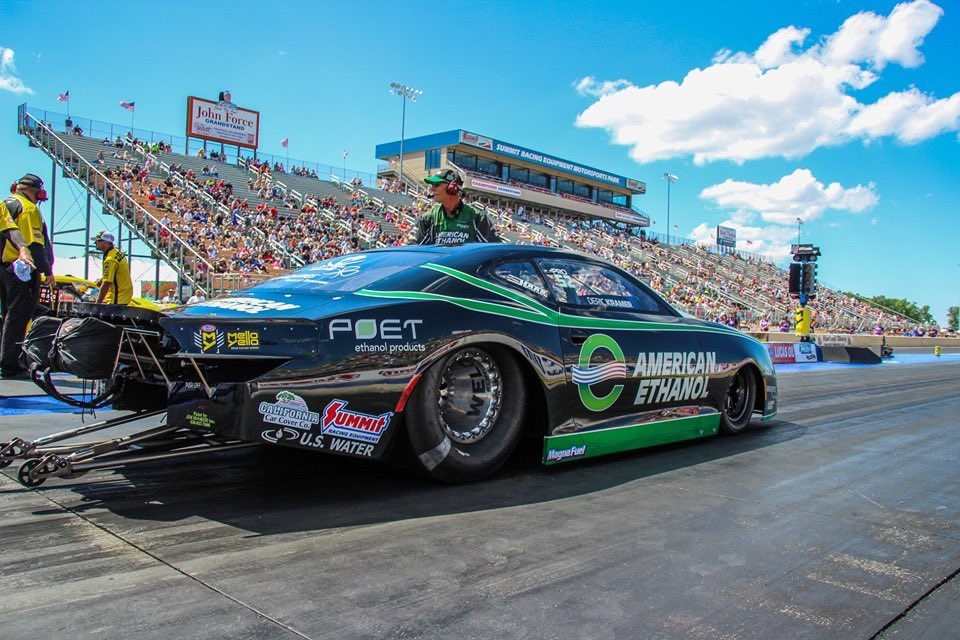 Deric Kramer followed up his victory at the Route 66 Nationals in Chicago earlier this month with an impressive run at the Summit Racing Equipment NHRA Nationals last weekend, earning top-qualifier honors at the Norwalk, Ohio track. Kramer’s American Ethanol Chevrolet Camaro was dialed in, and he cruised through qualifying and the first elimination round. Kramer talked about his team’s performance during qualifying:

“Our Friday night run was pretty stout. We made a good run, but we still came back to the pits, like always, and looked for where we could improve. We knew we still had a little bit in it…The heat today kind of plays right into our wheelhouse. We tend to do well in the summer when the track gets hot and hopefully this is just a precursor to hopefully the next coming weeks and months.”

Unfortunately, the American Ethanol Chevy shook badly off the starting line in the second elimination round and Jeg Coughlin beat Kramer to the finish line. Kramer’s next NHRA Pro Stock race will be at his hometown track at Bandimere Speedway outside Denver on July 19. 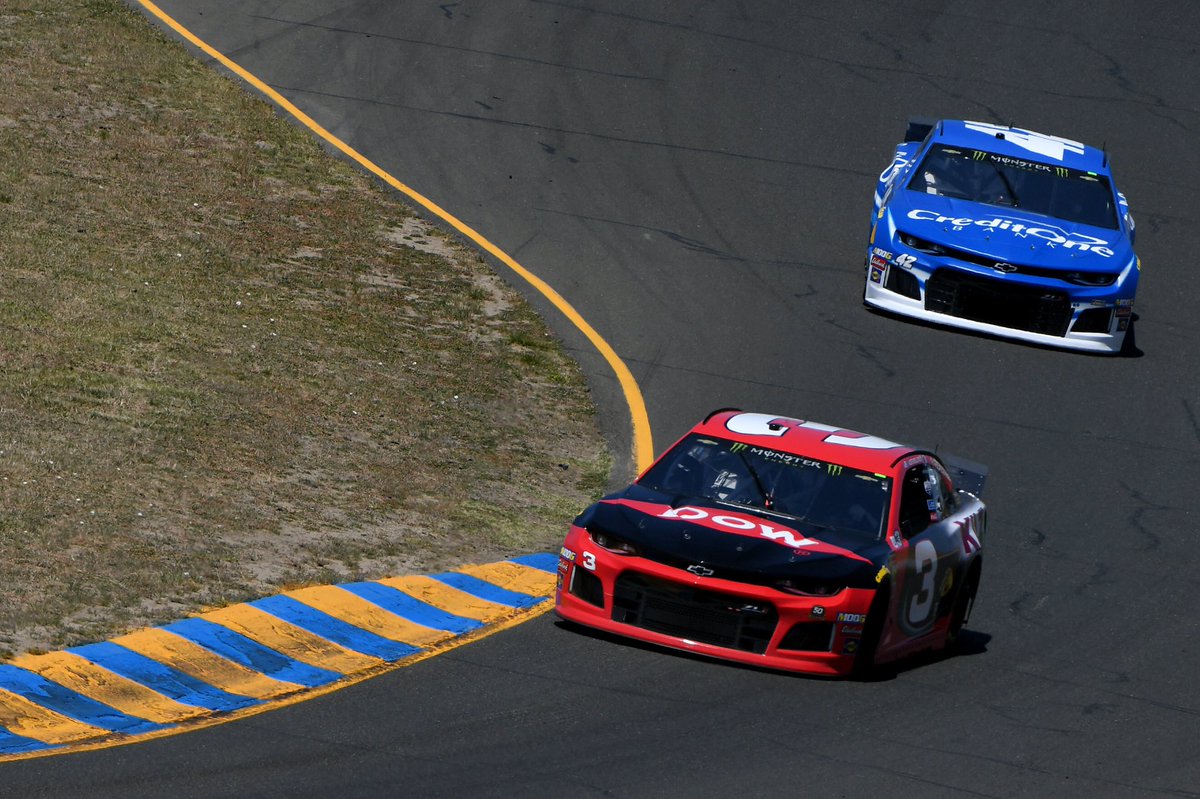 Austin Dillon and the No. 3 team turned in a gritty performance at last weekend’s Toyota/Save Mart 350 at Sonoma Raceway, battling difficulties throughout the weekend and ultimately finishing 24th. “It’s been a long weekend in the Dow Coatings Chevrolet Camaro ZL1, but the good news is we learned a lot that we can take back to Welcome [North Carolina] and use in preparation for future trips to Sonoma Raceway,” Dillon said. “We fell behind in practice and just never recovered. During the race, I was just hanging on the best I could, but it was difficult because the Dow Coatings Chevrolet was plowing tight. Who knows, maybe if we would have utilized a different strategy we could have gained a few positions at the finish, but the main issue is definitely working on our cars and on my skills as a road course racer. This race is over, and we’re focused on Chicagoland Speedway now.”

With Sonoma in the rearview mirror, Austin Dillon heads to Chicagoland Speedway this weekend for the Camping World 400, where he’s excited to return after a wheel issue put a damper on his performance at the track last season.

“I love Chicagoland Speedway,” said Dillon. “It’s one of my favorite tracks to go to all year. I’m assuming it’ll be hot and slick when we get there so having a good handling car will be important. It’s a pretty rough track. I’m looking forward to the race…you can make a huge arc there and really bend the car down in the corner to get to the white line. As the tires wear out you see guys running against the fence. It creates some good racing, which you saw last year with an exciting finish.”

Catch the Action at Chicagoland

The Camping World 400 at Chicagoland Speedway will be televised live on Sunday, June 30 at 3 p.m. Eastern time on NBC Sports Network. It will also be broadcast live on the Motor Racing Network and SiriusXM NASCAR Radio.