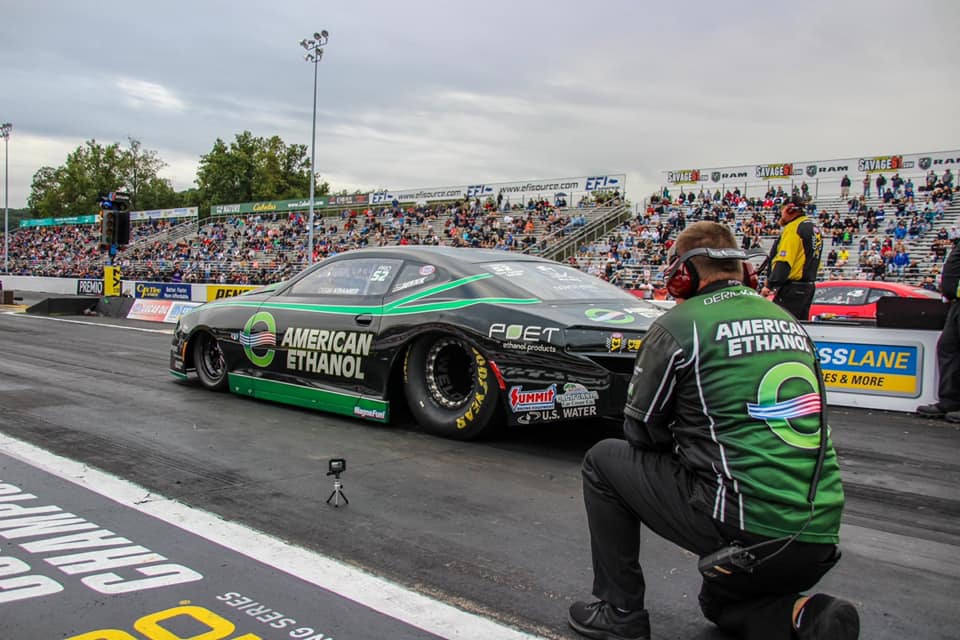 Deric Kramer qualified for the NHRA Countdown to the Championship for the second-straight season, building on the momentum he created in his breakout season last year. Kramer went into the countdown as the sixth-overall qualifier and squared off against a competitive NHRA Pro Stock field last weekend in the Mopar Express Lane NHRA Nationals in Reading, Pa. – the first race of the playoffs. Kramer made it to the quarterfinal round but was ultimately defeated by Jeg Coughlin.

After the race, Kramer said, “[We] would’ve liked to win the thing today but every round is valuable for points at the end of the season! Time for a week off and then it’s St. Louis domination time.”

Head to the NHRA website for details on next weekend’s AAA Insurance NHRA Midwest Nationals at World Wide Technology Raceway in St. Louis, Mo., and be sure to follow Kramer on Instagram and Facebook to show your support for the American Ethanol team!

AELMT Fall Special is a Success in Hartford 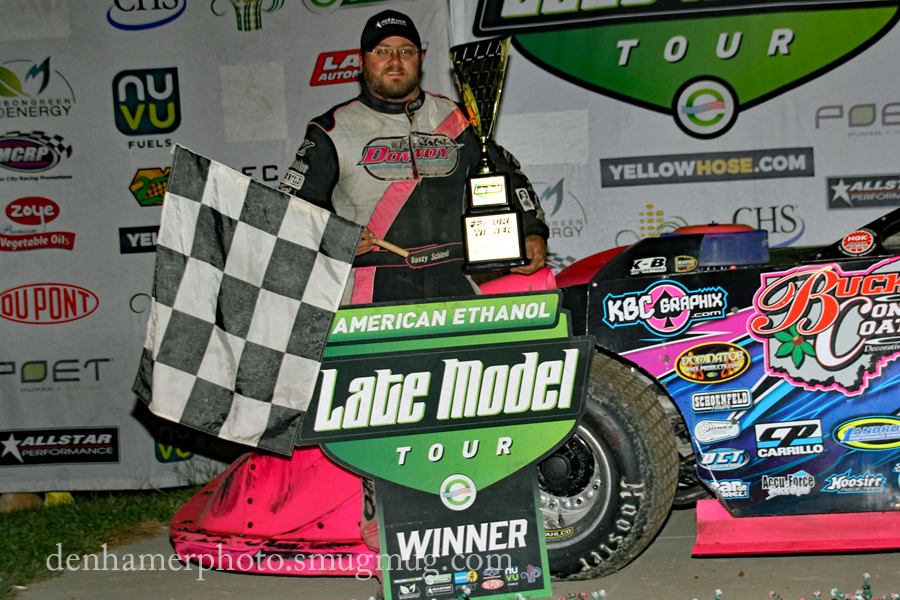 Hartford Speedway hosted the American Ethanol Late Model Tour (AELMT) Fall Special last weekend, which was the final racing event of the track’s 2019 schedule. The fireworks started early in the race when a seven-car pile-up occurred in turn three before the first lap was even completed. After a 10-minute delay for a red flag cleanup of the track, drivers returned to action to complete the remainder of the 40-lap race.

It was a tough battle to the very end, and Rusty Schlenk took home his second win of the season. Meanwhile, Luke Hubbell earned the American Ethanol Performer of the Race Award for being the highest-finishing driver running an ethanol fuel blend of 15 percent of higher. The next event for the AELMT is the Hoosier Autumn Classic at Plymouth Speedway on September 27 and 28.

After starting the race from the 7th position, Austin Dillon and the No. 3 team earned a 12th-place finish in last weekend’s South Point 400 at Las Vegas Motor Speedway. Dillon seemed happy with the result, though he noted that he thought the team could have had an even better finish if a few more breaks had gone their way:

“Man, I wish this race was during the day. Our Bass Pro Shops Chevy was so good while the sun was out. I was a little tight off turn 4 when Stage 1 ended but didn’t really need any adjustments. As the sun set, I lost stability and struggled in traffic. We used the stage break to make additional changes trying to free up my Camaro ZL1 as it still lacked forward drive. When the caution came out on Lap 180, we pitted to take another swing at loosening up this Chevy. Unfortunately, we had an uncontrolled tire penalty, but it did allow us to come back down pit road to top off with fuel and adjust on the car more. We got the car better and made a good strategy to stay out for track position during a late caution to pick up additional spots. I’m proud of this No. 3 Bass Pro Shops team for the work this weekend. We unloaded fast, qualified in the top 10, and were good at the start of the race. We will continue to work on this set up to get it right, but now, it’s on to Richmond.” 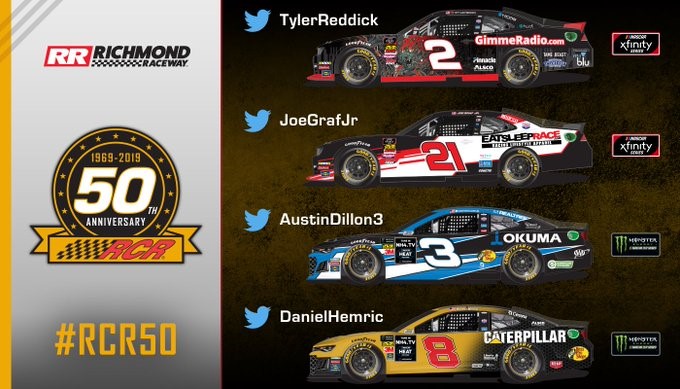 Austin Dillon heads to Richmond Raceway this weekend for the Federated Auto Parts 400 – a track he has been successful at recently, with two sixth-place finishes in September 2018 and April 2019. Richmond Raceway is technically a short track venue, but some drivers say it races more like an intermediate-style track, so Dillon discussed how he views Richmond heading into the weekend.

“Richmond is a short track to me,” Dillon said. “I love that place and the way the tires fall off. In the past, it’s been a place that I circled as the worst track for me, but the last two finishes there have been sixth-place finishes, so I get pumped to go there.”

This weekend’s contest is a night race, which also plays a role in how drivers must approach their in-race strategy:

“There are definitely big differences from nighttime to daytime and how hot the track gets,” Dillon explained. “At night, as rubber lays down the track seems to mysteriously do things that you wouldn’t obviously think affect the car. I always try to do the opposite of what I think when I get to Richmond Raceway and it helps.”

The Federated Auto Parts 400 at Richmond Raceway will be televised live on Saturday, September 21 at 7:30 p.m. Eastern time on NBC Sports Network. It will also be broadcast live on the Motor Racing Network and SiriusXM NASCAR Radio.