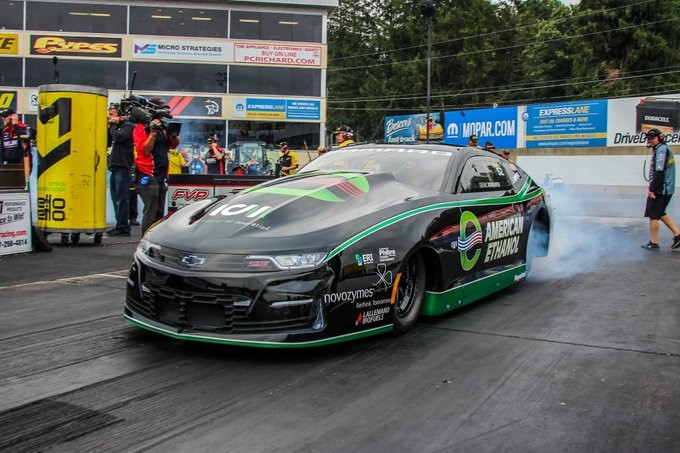 Last year was Deric Kramer’s breakout season in the NHRA Pro Stock series, where Kramer won his first two races of the season and punched his ticket to the NHRA Countdown to the Championship for the first time in his career. Fortunately, Kramer and the American Ethanol team have kept up the momentum from last season and are currently in the midst of their second-straight NHRA Pro Stock Countdown to the Championship campaign. We spoke with Kramer about his blossoming racing career and all that goes into trying to win a Pro Stock championship:

Pro Stock drivers were faced with a shortened schedule this season compared to last year which presented a unique challenge for the American Ethanol team. 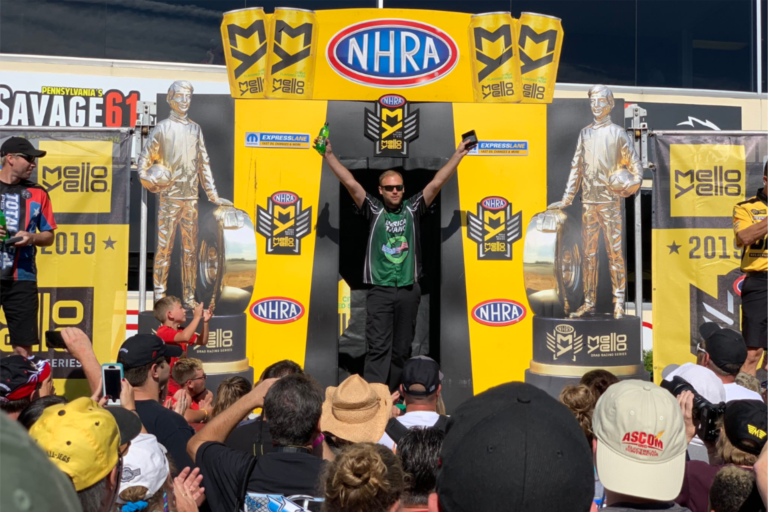 This weekend, Kramer will square off against his fellow Pro Stock playoff competitors for the second-of-six Countdown to the Championship races. Kramer talked about how he and his team are laying the groundwork for a run at the championship.

“Heading into this round in St. Louis, I feel good about where we’re at. I was happy with the run last round in general. We had the third-fastest car in the previous session, we just happened to be matched up with the top guys. NHRA is a ‘right time, right place’ sport, and we know we can match up against pretty much any of the cars out there, so we definitely plan to be in the hunt for the entire countdown.” 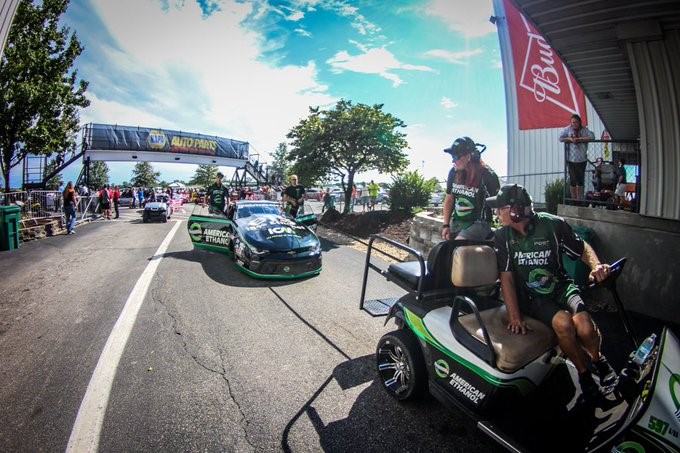 The American Ethanol Late Model Tour (AELMT) will host the Hoosier Autumn Classic at Plymouth Speedway this weekend in Plymouth, Indiana. There’s nothing standard about this weekend’s AELMT showdown, as the tour has put together a unique format for its competitors. Things kick off this Friday evening with qualifying rounds, heat races, etc., before launching into the first 25-lap feature event of the weekend with a $2,500 winner’s purse. However, at the conclusion of the first feature race, the starting position for all the cars that were on the lead leap will be completely inverted, the scores will be reset, and a brand-new 25-lap feature race for another $2,500 purse will commence.

The two highest finishers from each of the Friday night feature races will guarantee their spots in Saturday’s main $12,000 racing event. And, there is yet another key wrinkle in the race format: Fans will be able to vote via text message to determine the starting positions for the top four drivers to bring them even closer into the action.

Doors to the Hoosier Autumn Classic open to fans on Friday and Saturday at 4:00 p.m. and American Ethanol qualifying begins at 7:00 p.m. You can head over to the AELMT website to learn more!

Last weekend’s Federated Auto Parts 400 at Richmond Raceway was an eventful night for Austin Dillon and the No. 3 team that ultimately ended in a 23rd-place finish. “What a night,” Dillon said. “The Okuma Chevrolet was loose to start the race, but I felt confident that crew chief Danny Stockman and everyone on the No. 3 team would be able to keep up with the changing track conditions and make the adjustments needed to get us a solid finish tonight at Richmond Raceway. Unfortunately, our night became a lot more difficult after we made contact on a restart and ended up with a couple of flat tires. We fell off the lead lap when we pitted for repairs and spent the rest of the race playing catch up. We just couldn’t get the break we needed to get back on the lead lap, which is a shame because we had a good Chevrolet Camaro ZL1.”

Austin Dillon is back home this weekend ready to race at the Bank of America Roval 400 – a unique track that is part road course, part standard oval track (hence the name “Roval”). It is sure to be an exciting race, as the Bank of America Roval 400 is the first road course race in the history of the NASCAR Cup Series Playoffs. Dillon talked about the challenges that the unique course will present drivers with this weekend:

“I think it will make a big difference. Last year we saw a lot of guys flying through the air in practice trying to gain speed through that[backstretch] section, but now it will be a little bit more technical. It will make the corner going into the start/finish line that much more important because you’ll be going a little bit slower when you get there. You have to have a car that brakes well and reacts well. I think it’s a positive change for the track.”

Catch the Action at the Roval

The Bank of America Roval 400 at Charlotte Motor Speedway will be televised live on Sunday, September 29 at 2 p.m. Eastern time on NBC. It will also be broadcast live on the Performance Racing Network and SiriusXM NASCAR Radio.