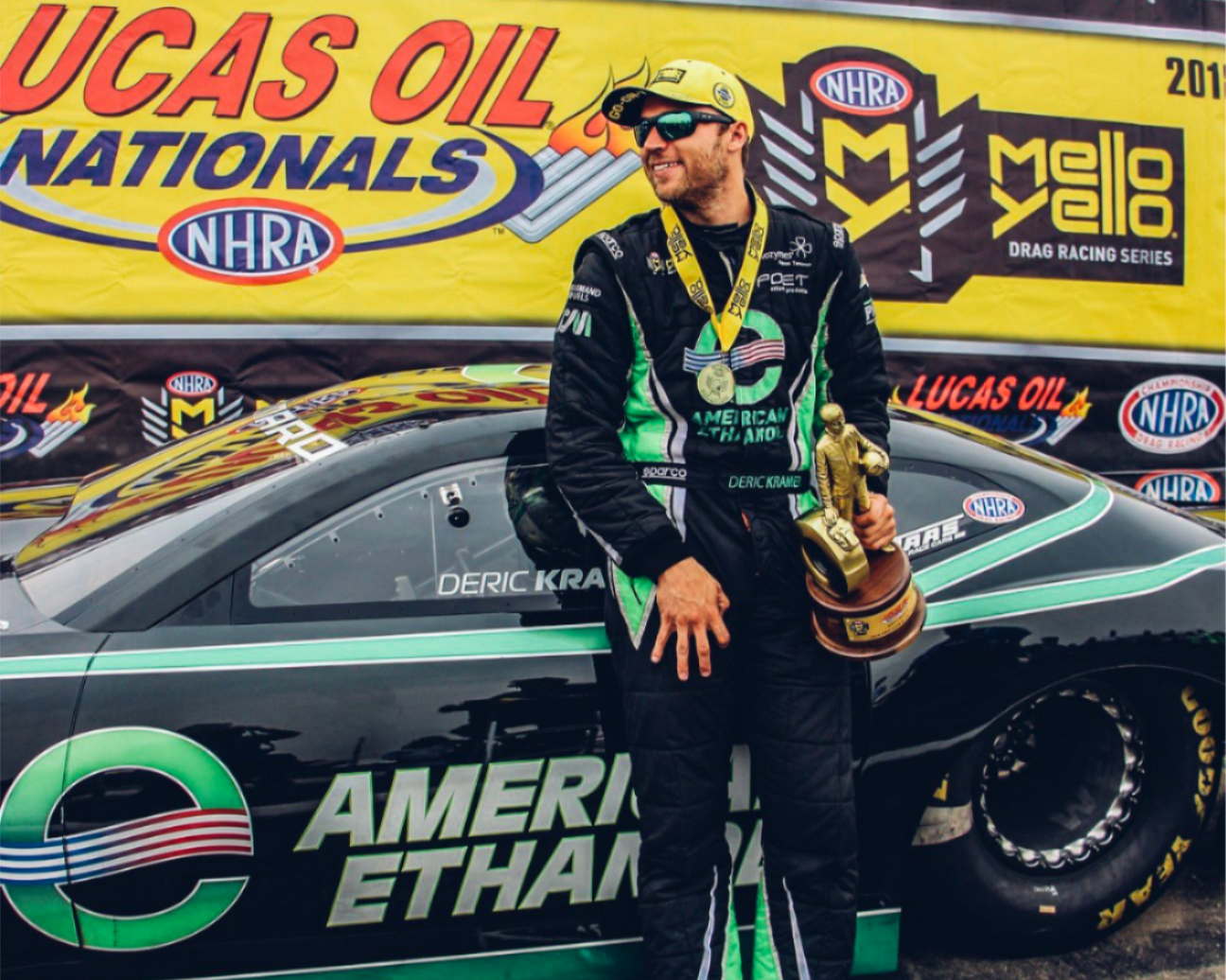 At a critical juncture in the NHRA Pro Stock season, Deric Kramer heads to a friendly track – Brainerd International Raceway – for the Lucas Oil NHRA Nationals. Last year’s event in Brainerd provided the second Pro Stock win of Kramer’s career during his breakout season. Kramer currently sits sixth in the NHRA Pro Stock standings where the top four drivers have already clinched spots in the Countdown to the Championship field. The Lucas Oil NHRA Nationals is the penultimate race of the Pro Stock regular season, and another win at Brainerd International Raceway would go a long way toward Kramer punching his ticket to the playoffs for a second-straight season.

You can read a preview of the high-stakes race this weekend on the NHRA website and an interview in the Brainerd Dispatch that provides a look at Kramer’s mindset going into the race. Be sure to follow Kramer on Instagram, Twitter, and Facebook this weekend to see how he’s doing and cheer him on as he and his American Ethanol team try to fight their way into the postseason! 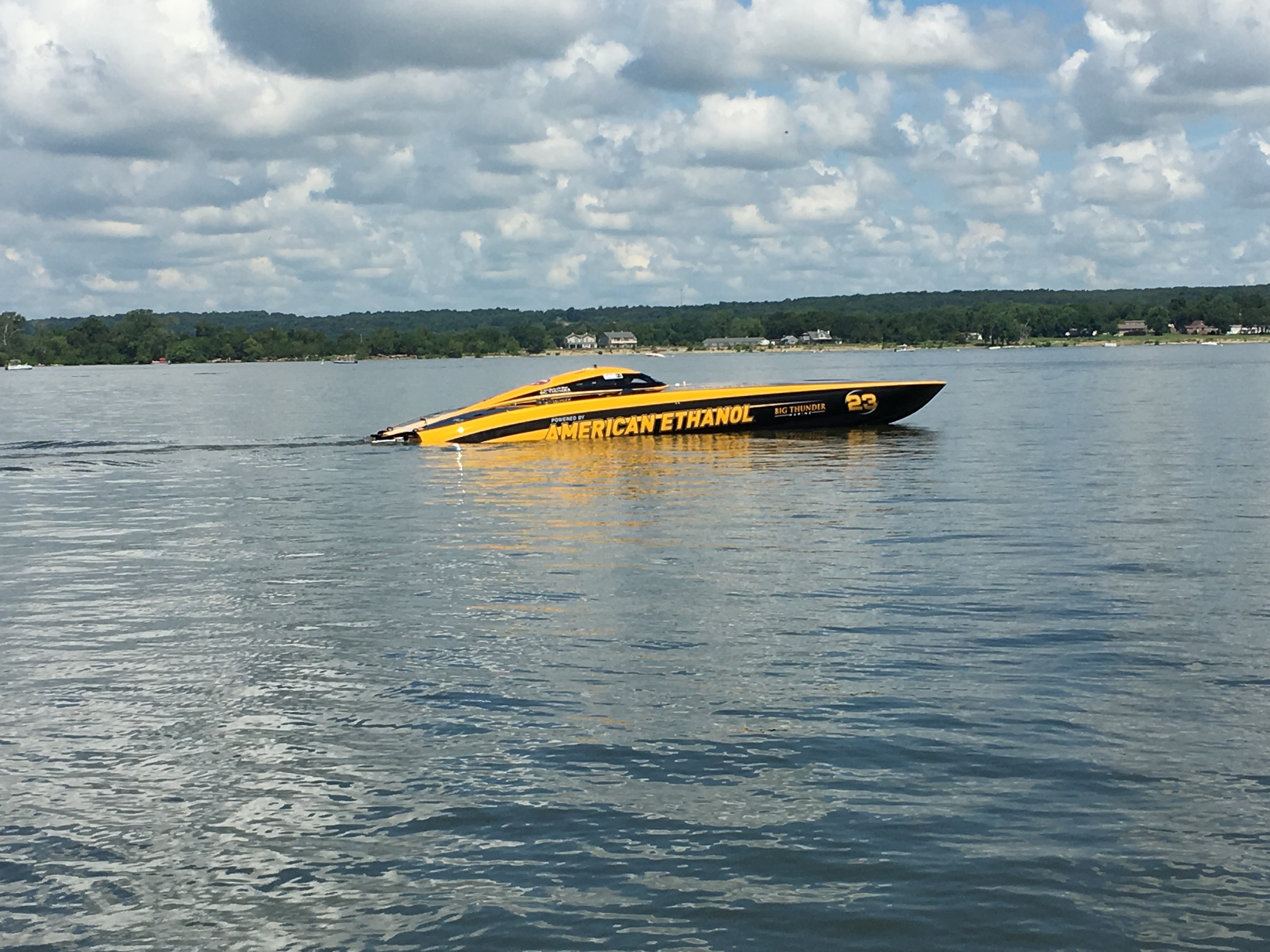 The American Ethanol Mystic Powerboats Catamaran will make its triumphant return to the Lake of the Ozarks Shootout next weekend, where the American Ethanol team will look to capture Top Gun honors for the fourth-consecutive year. The Lake of the Ozarks Shootout is the largest unsanctioned boat race in the country and draws over 100,000 spectators and marine motorsports enthusiasts over the course of the weeklong event. The American Ethanol boat, owned by biofuels supporter Don Onken, set the course record for piston-powered boats with a top speed of 217 mph while being powered by a high ethanol blend. Stay tuned for more info on the shootout next week and check out the American Ethanol Mystic Race team’s Facebook page to track their progress! 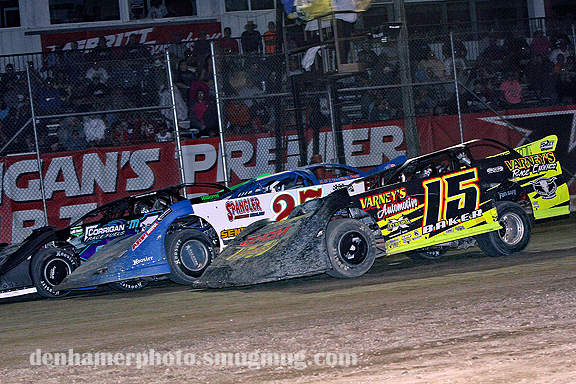 The American Ethanol Late Model Tour (AELMT) had a run of bad luck earlier this year when weather conditions caused a host of postponements and cancellations, but the team behind the AELMT is excited to announce the addition of a blockbuster event to the tour schedule: the Hoosier Autumn Classic at Plymouth Speedway on September 26-28. AELMT drivers will return to Plymouth Speedway for the first time since 2017 to compete for a combined $17,000 purse. The Hoosier Autumn Classic will mark the final event of the 2019 regular season before the championship race at I-96 Speedway.

Fans and drivers alike can follow along and get prepared for the event by finding the Hoosier Autumn Classic on Facebook.  Learn more about Plymouth Speedway online at plymouthspeedway.net. And, be sure to keep track of all the latest with the AELMT by visiting the tour’s website. 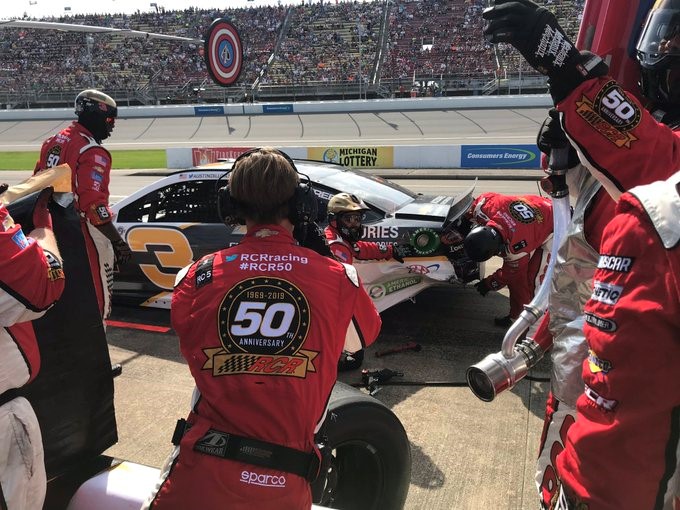 Austin Dillon and the No. 3 team didn’t get off to the start they were hoping for at last weekend’s Consumers Energy 400 at Michigan International Speedway. However, after showing a lot of fight and effort, the team secured a 13th-place finish when the checkered flag waved.

“It was a battle all weekend at Michigan International Speedway, but this Richard Childress Racing team never gave up,” Dillon said. “We started far back in the field in our Chevy Accessories Camaro ZL1 but opted for two-tire pit stops during the early part of the race in order to get track position. That strategy worked because we were able to race our way into the top-10. There was a one-lap shootout to end Stage 2 and things got wild when we got spun through the grass at 200 mph. That was a scary moment, for sure. We ended up with damage that again put us far back in the running order. Luckily, our Chevy Accessories Camaro ZL1 remained fast. On a restart we gained a lot of spots but came really close to wrecking and lost them all. We drove back to the front and were on our way to a 10th-place finish but ran out of fuel with one lap to go and coasted to the end to finish 13th. What a day! Bring on Bristol Motor Speedway!”

Austin Dillon to Race Under the Lights in Bristol 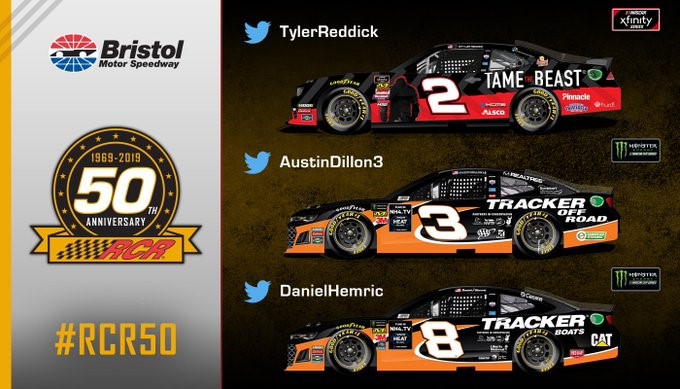 Austin Dillon heads to Bristol Motor Speedway, a track he has been successful at in the past, for the Bass Pro Shops NRA Night Race. Dillon has one top-5 and two top-10 Cup Series finishes at Bristol over the last few years and will be looking for a win to force his way into the Monster Energy Cup Series Playoffs. When asked, Dillon appeared to be excited by the opportunity to race under the lights:

“Man, they can’t mess Bristol Motor Speedway up, truthfully. Bristol is Bristol and it doesn’t matter what lane you are in it is good racing. I enjoy going there. Bristol is just a hardcore track where you need some driveability that you have built into the car mechanically. I look forward to Bristol each year. That time of year is always fun, I think. It is what racing is all about.”

Tune in to the Bass Pro Shops NRA Night Race

The Bass Pro Shops NRA Night Race at Bristol Motor Speedway will be televised live on Saturday, August 17 at 7:30 p.m. Eastern time on NBC Sports Network. It will also be broadcast live on the Performance Racing Network and SiriusXM NASCAR Radio. 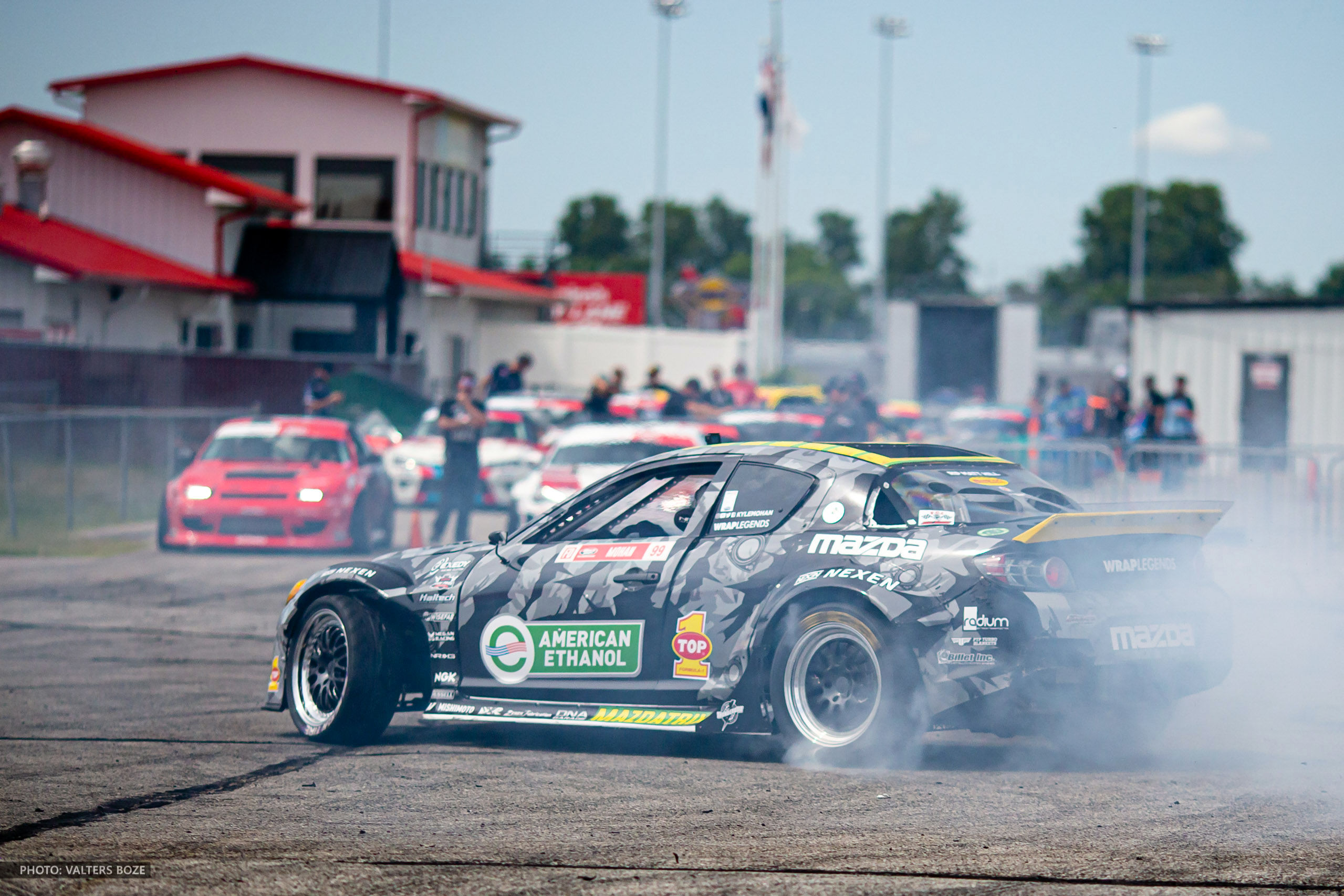 Last weekend, Kyle Mohan hosted an engine performance workshop for Formula Drift fans at the tour’s St. Louis event, the sixth event of the Formula Drift season. Mohan ultimately failed to advance past his hard-fought battle during the Round of 32 against the fourth-place qualifier Piotr Wiecek, but he made an even bigger impact back at his pit area talking about the benefits of cleaner-burning, higher-octane biofuels. There are only two Formula Drift events remaining this season, a September showdown at Texas Motor Speedway and the October title fight in Irwindale, California.