A Big Week for American Ethanol 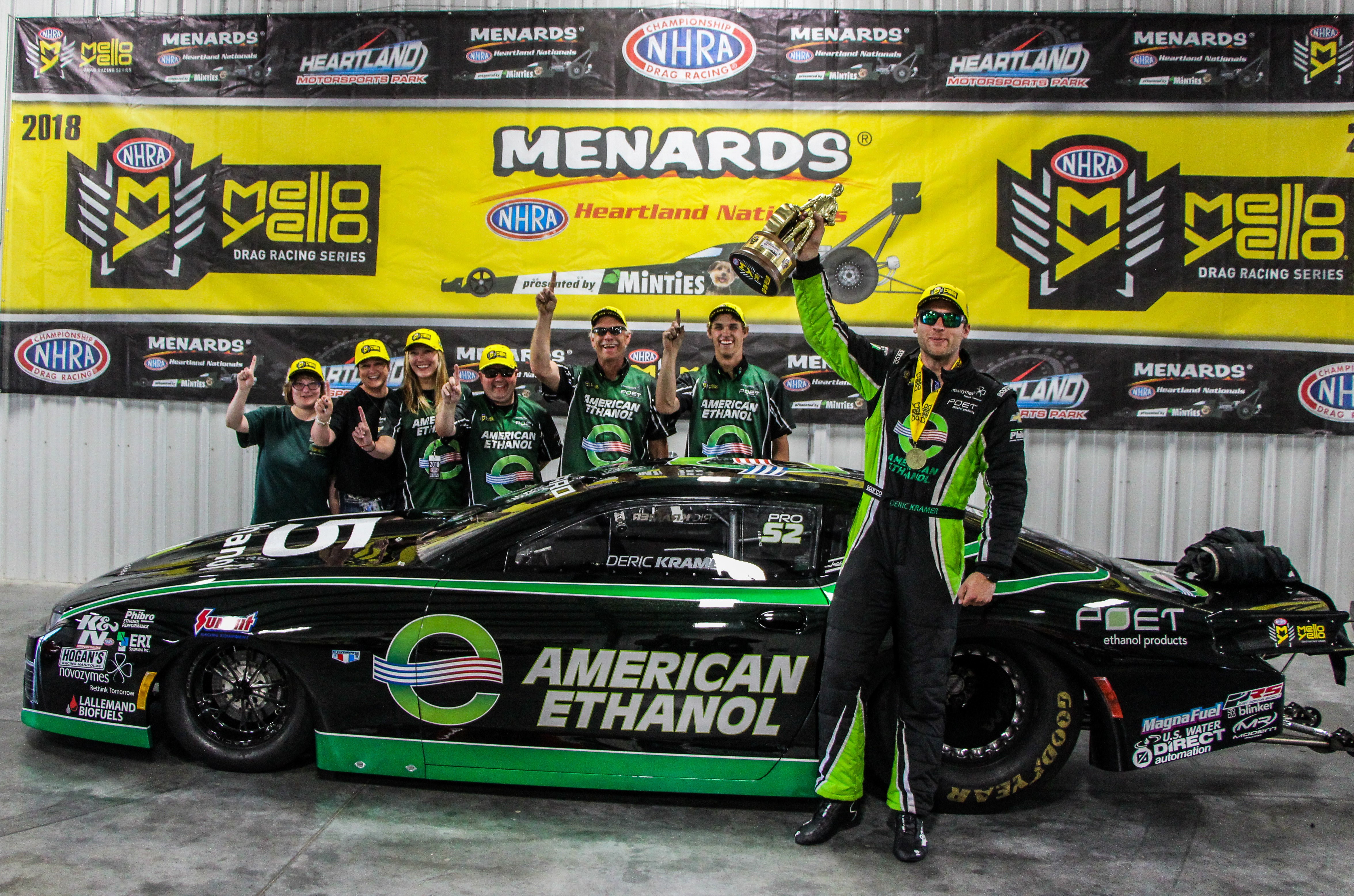 Deric Kramer, driver of the American Ethanol Chevrolet Camaro, continued his storybook NHRA Pro Stock season this past weekend at the 30th annual Menards NHRA Heartland Nationals presented by Minties at Heartland Motorsports Park in Topeka, Kan. He entered race day as the No. 1 qualifier and captured his first-career Pro Stock series victory!

Kramer defeated Will Hatcher, Matt Hartford, Jason Line, and Erica Enders on his way to the winner’s circle. Notably, Hatcher made his Pro Stock debut last weekend in the Dodge Dart that Deric drove prior to the 2018 season.

The victory is another milestone in what has been an incredible year for Deric and his American Ethanol Pro Stock team. Deric had previously qualified in the pole position earlier in the season and earned a runner-up finish in a separate race, both career-firsts. This win was part of his continued progression in the sport, and we are looking forward to seeing even more from Deric as the season progresses.

“That win felt great. We’ve been working a long time for this and I can’t thank my sponsors enough for all the support they’ve given us. American Ethanol, Poet, Novozymes, and everyone that supports our team is part of the reason we are here celebrating the win today. This first win leaves me a little speechless, actually.” 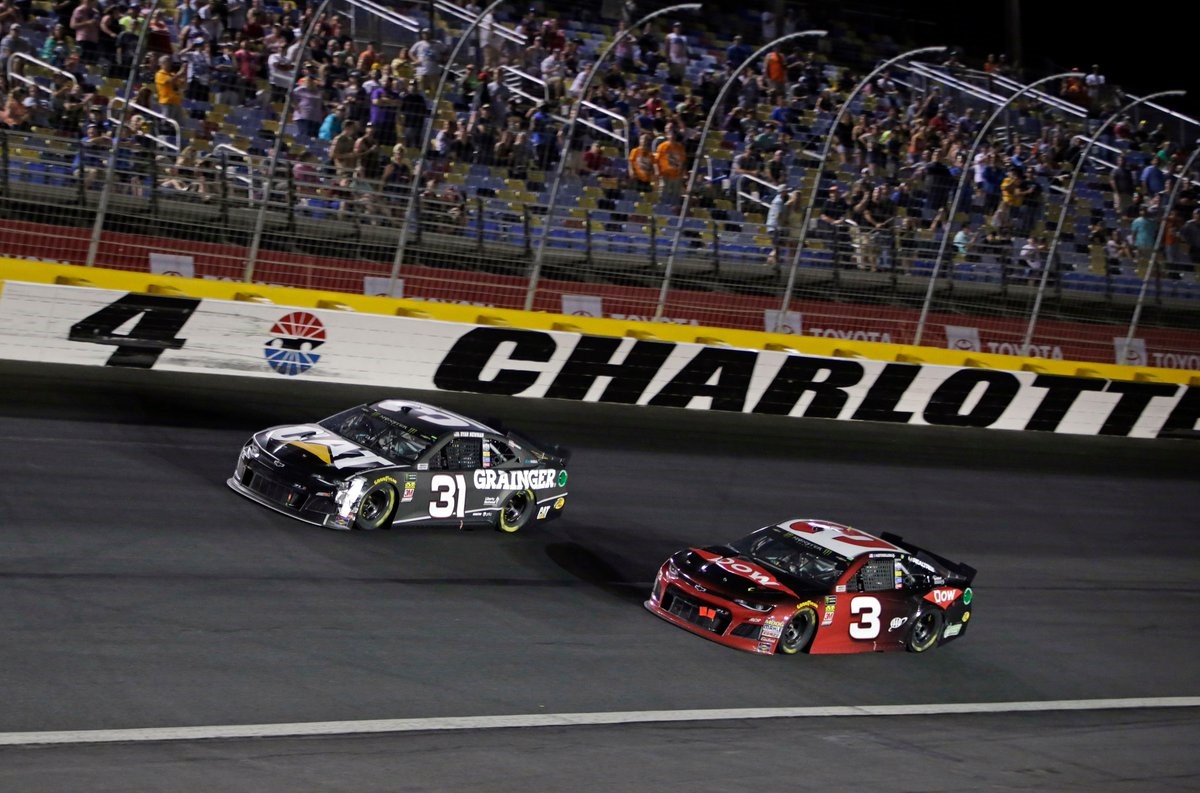 Last weekend, NASCAR held its yearly All-Star race that pits the best-of-the-best against each other in one of the most exciting, wide-open races of the year. This race in particular generated a lot of buzz due to all of the lead changes, aggressive moves out on the track, and a big wreck involving Martin Truex Jr., Kurt Busch, Kyle Busch, and Brad Keselowski. Drivers were racing for a $1 million prize, which was awarded to the winner, Kevin Harvick, after all the dust settled.

“Oh yeah, I’m looking forward to the All-Star race. I have never gotten to be in it and we fought hard in the Open for a couple of years, but that pressure is probably the biggest pressure of the year, truthfully, not being in it sometimes. So, now I’m locked in it for the next two years, and I would like to lock myself in for life by winning it. So that is the plan when we go there. Charlotte is one of my best tracks. I definitely think we will be very competitive for the All-Star race.”

Austin ended up finishing 12th in the race, and talked about his experience as a first-time All-Star participant.

“What a race! I had a blast out there tonight, and I hope it was as fun to watch as it was to drive. Throughout the race, we made quite a few adjustments to the Dow Chevrolet Camaro ZL1. With limited practice and this being the first time we have raced this package, we were a little off on the setup. We got it pretty close, though. At the end, we opted to pit. Looking back, it’s a toss-up on whether that was the right call or not.  But I’m excited to return next weekend and defend our Coca-Cola 600 win.” 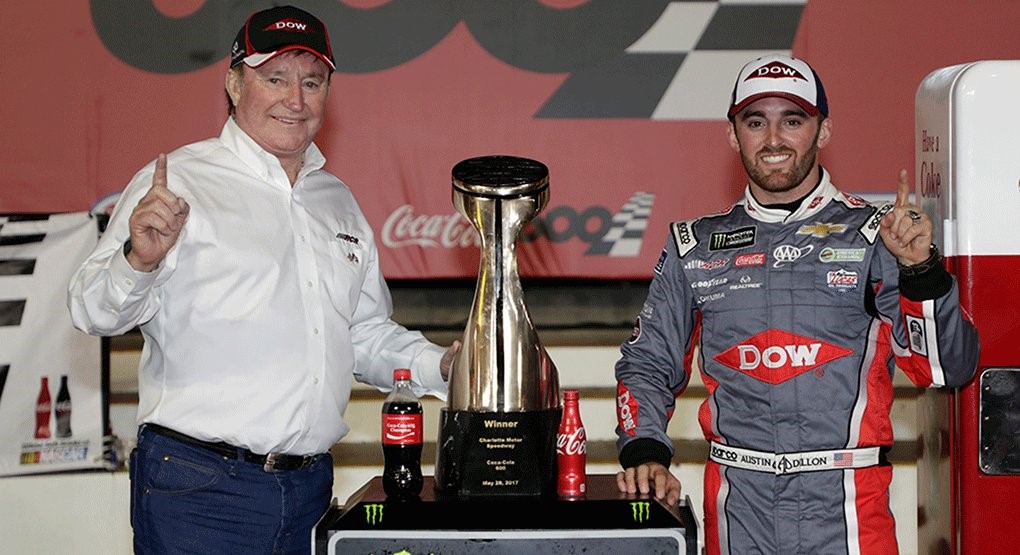 Austin Dillon only led for two laps last year during the Coca-Cola 600 at Charlotte Motor Speedway, but one of those was the most important of all – the last lap. The entire American Ethanol team was overjoyed at this time last year while watching Austin secure his first-career Cup Series victory in front of his hometown fans, and we’re hoping he can recapture some of that magic again this weekend.

The Coca Cola 600 will be run over Memorial Day Weekend and kicks off the NASCAR Salutes portion of the season schedule. In honor of that and as part of the 600 Miles of Remembrance program, Austin will race with the name of a fallen soldier on his windshield to commemorate and honor the ultimate sacrifice that he made for our country. Austin will race in honor of Senior Chief Petty officer William “Ryan” Owens, a fallen Navy Seal from central Illinois.

“It is always nice to have the opportunity to give back as we are running those 600 Miles of Remembrance to a family that has given so much to this country,” Austin said. “Last year, we were able to share our whole race and race win with the family of Joshua Harris, and this year with Ryan Owens on the car, hopefully we can do the same thing.”

The Coca-Cola 600 at Charlotte Motor Speedway will be televised live on Sunday, May 27, at 6 p.m. Eastern time on FOX. It will also be broadcast live on the Performance Racing Network and SiriusXM NASCAR Radio.