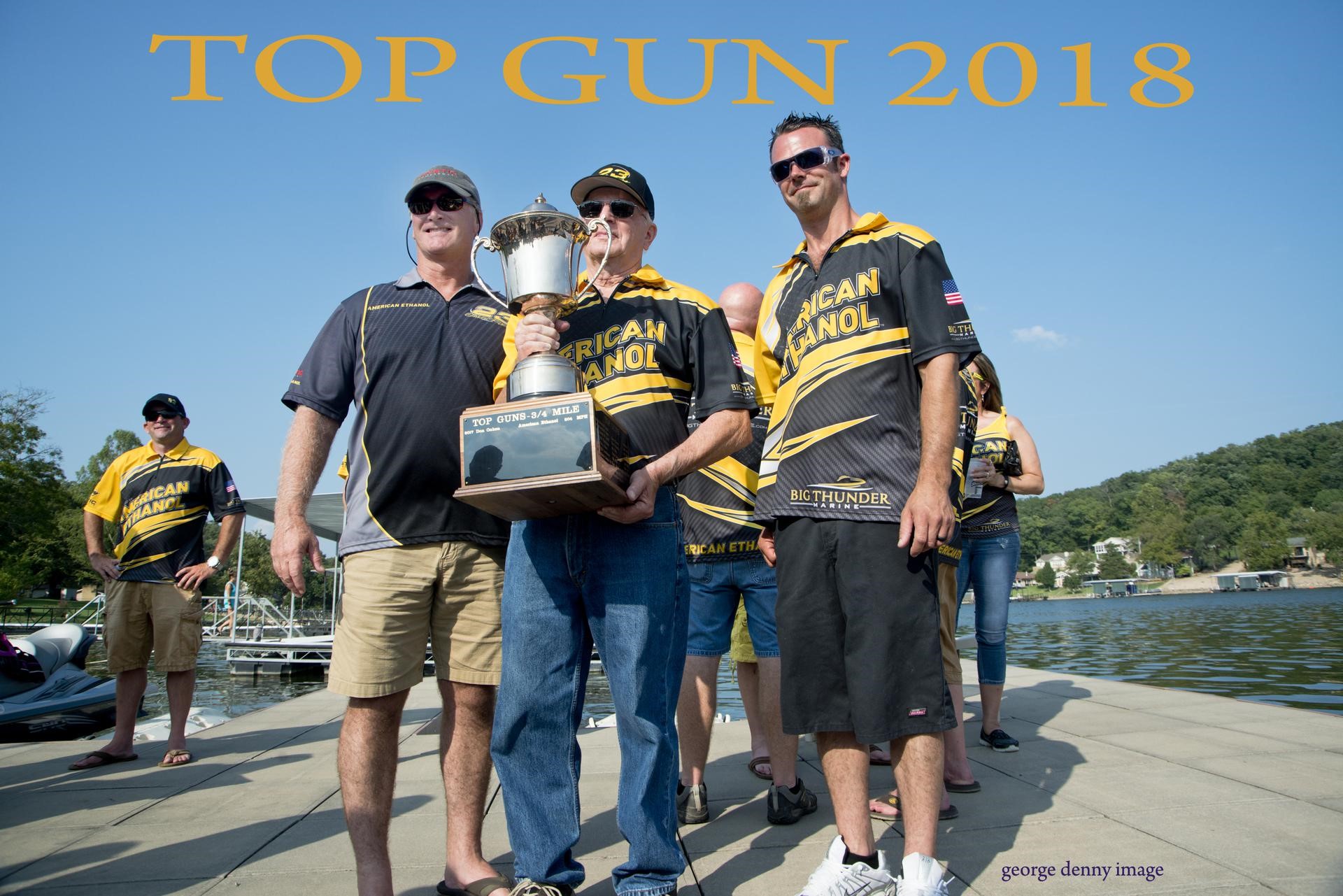 The Lake of the Ozarks (LOTO) Shootout is the largest unsanctioned boat race in the U.S., with more than 100,000 spectators and boating enthusiasts attending the weeklong event. American Ethanol has had an enduring presence at the shootout, as the American Ethanol Mystic Powerboats Catamaran has taken home “Top Gun” honors as the fastest boat for four-straight years and holds the record for piston-powered boats with a top speed of 217 mph. Don Onken, owner of the American Ethanol Catamaran has become an icon in the boat racing community and was inducted into the Bob Morgan Memorial Shootout Hall of Fame earlier this week. Onken, a supporter of the U.S. biofuels industry, works closely with American Ethanol to promote the benefits that ethanol can deliver for boaters across the country.

Onken got his start drag racing in the 1950’s before transitioning to offshore powerboat racing in the 1990’s. After a crash during an offshore race in 1997, Onken and his family decided that shootout races, where competitors aim to achieve the fastest overall speed rather than race directly against other boats, would be a safer alternative. The move was a resounding success, as the Onken team has elevated its ethanol-powered boat to dominant status at the shootout, demonstrating that ethanol certainly has a place within the boating community. The American Ethanol team will go for a fifth-consecutive Top Gun run this Saturday, so be sure to follow along on their Facebook page to cheer them on and check out the shootout schedule at LakeExpo.com. 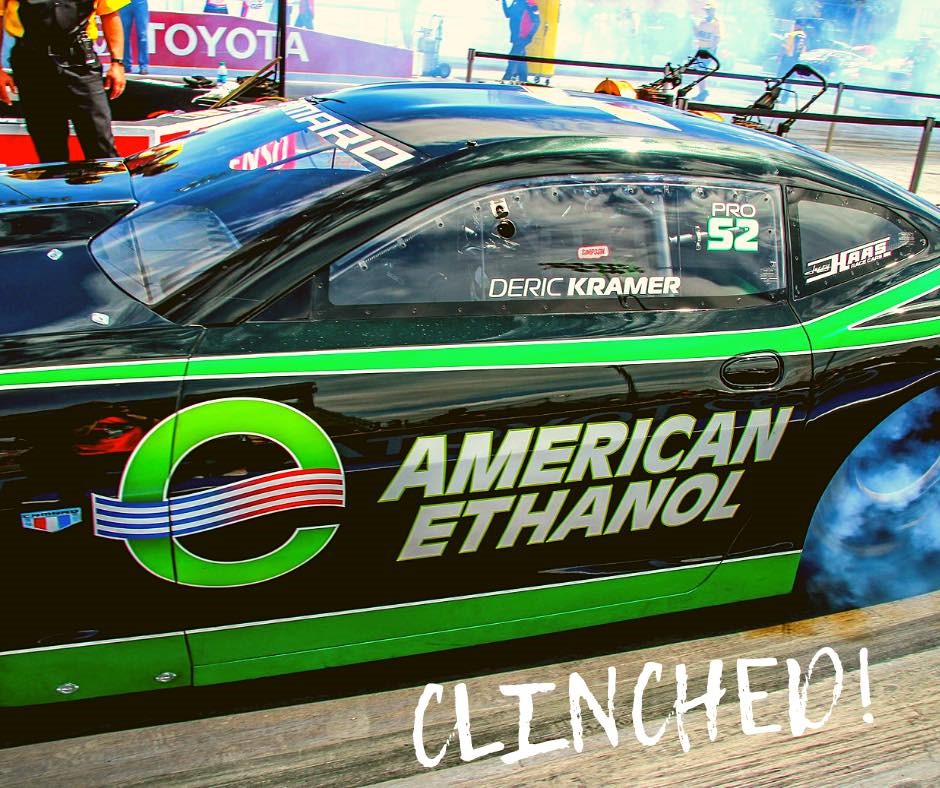 Deric Kramer had yet another big showing last weekend, fighting his way to another semifinal round of NHRA Pro Stock action in the Brainerd Nationals, a race he won last year. The trip to the semifinals was enough to clinch a spot in the NHRA Pro Stock Countdown to the Championship for the second-straight season for Kramer, whose career continues to blossom. After the race, Kramer said:

“With a semifinal round appearance today at the Brainerd Nationals, we’ve officially clinched our spot in the NHRA Countdown. With points and a half each round up for grabs at Indy, we want to start the countdown as high up in points as possible. Let’s go Team American Ethanol!”

Austin Dillon and the No. 3 team had a tough outing at last weekend’s Bass Pro Shops NRA Night Race at Bristol Motor Speedway. The team cut a tire and clipped the wall early in the race which put them multiple laps down and out of contention, but Dillon and team went back out to try to make up as much track position as possible to finish the race regardless.

“I thought we did a good job with the balance of our Bass Pro Shops/Tracker Off Road Chevrolet Camaro ZL1 so I’m not sure why we cut a tire,” Dillon said. “The balance of the race car was better than anything else we’ve had. It was early in Stage 1 and I didn’t really have much warning. We started to get tight off of the corners, but the right-front tire went down really suddenly at the start finish line and I just tried to hold on. We might have been able to save it if the No. 48 car didn’t hit my rear, but he just had so much momentum going, and it was all over at that point. We scraped the wall with the right-side of our Chevy pretty bad and spent the rest of Stage 1 and the majority of Stage 2 in the garage making repairs to the suspension. That basically ruined our day, but this Richard Childress Racing team never gives up, so we went back out and finished the race, albeit multiple laps down.” 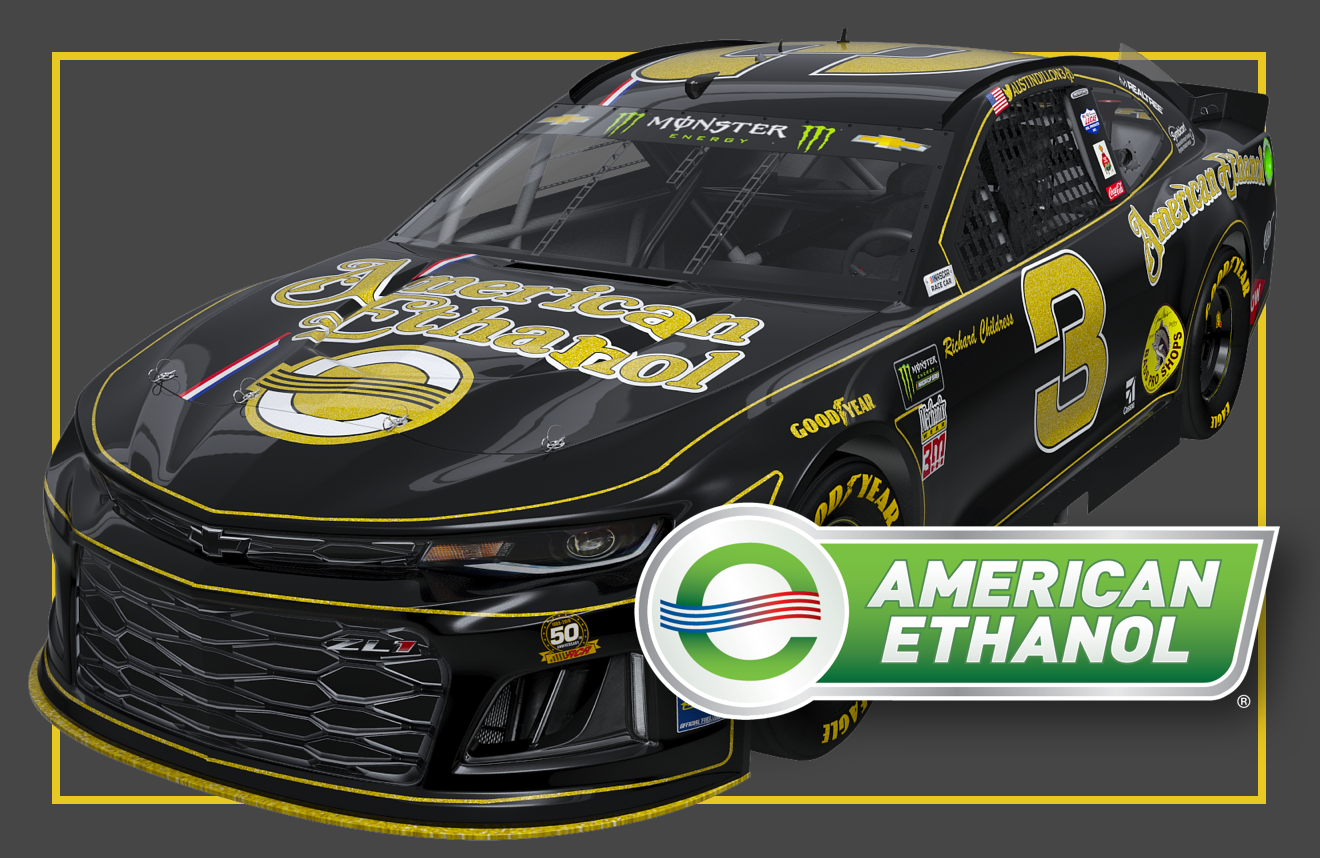 The No. 3 team will join the rest of the Monster Energy Cup Series teams with a weekend off this weekend, which means the next time Austin Dillon and the No. 3 car will be back on track is next weekend for the Bojangles Southern 500 at Darlington Raceway, also known as the “Darlington Throwback Race.” American Ethanol has partnered with Richard Childress Racing to bring back the iconic black and gold paint scheme that team owner and Growth Energy board member Richard Childress debuted in the 1970’s. We have a great video series with Childress, Austin Dillon, and more coming out leading up to the race, so be sure to stay tuned to the @AmericanEthanol social media channels on Twitter, Instagram, and Facebook!

Earlier this month, American Ethanol teamed up with Kyle Mohan to host another engine performance workshop at Formula Drift St. Louis, the sixth event in the Formula Drift season. Formula Drift fans are extremely knowledgeable about cars – more than 80 percent of Formula Drift fans self-identify as working on their own vehicles – so it is a great opportunity to dive into the nuts and bolts of what makes ethanol a smart choice for engines. We hosted fans at Mohan’s pit area and let him walk them through all the ways that cleaner-burning biofuel powers him to success. Check out the recap video by clicking on the image above!