Last weekend, Kyle Mohan had a great showing at Formula Drift Atlanta, nearly upsetting one of the top qualifiers and series leaders in points to advance to the “Top 16” heat. The heat was originally too close to call and required overtime. When it was announced that Kyle would not advance, many in the crowd were disappointed because they thought Kyle had won the matchup and deserved to move on.

For those who are not very familiar with Formula Drift, it is one of the most rapidly growing competitive motorsports series in the world. The best drift drivers from across the globe come to compete in the Formula Drift Pro Series here in the United States.

The Formula Drift season schedule is comprised of multiple “rounds” at various tracks across the United States. Drivers compete head-to-head in a series of heats to advance through a bracket until a winner is determined in a final matchup. The heats progress very quickly, and the side-by-side competition makes for a thrilling format. Drivers are scored on a variety of factors that include technique, style, and speed, and then a panel of judges votes for the winner of each matchup. Fans are embracing the excitement of Formula Drift in growing numbers. Attendance at the competitions can reach upwards of 20,000 spectators, and live stream views of each round number in the 1.5 – 2 million viewer range, which means significant brand visibility for American Ethanol.

The next Formula Drift round is on June 1-2 in Wall, N.J. 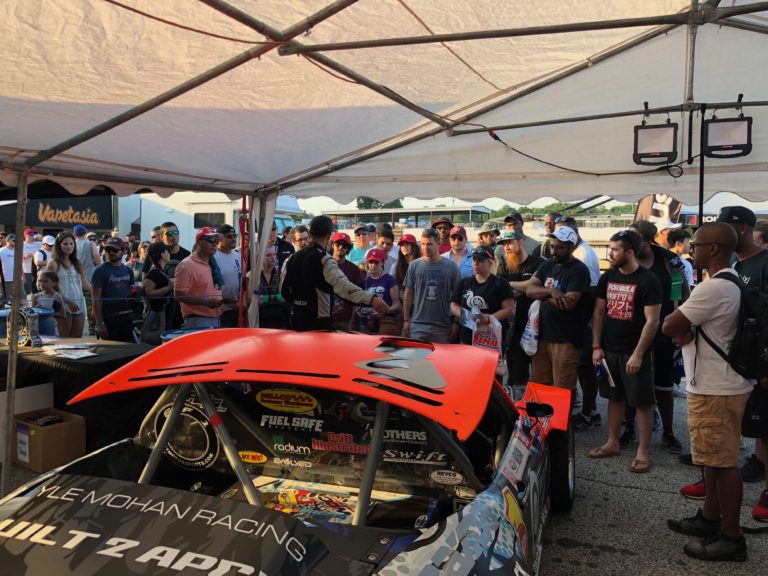 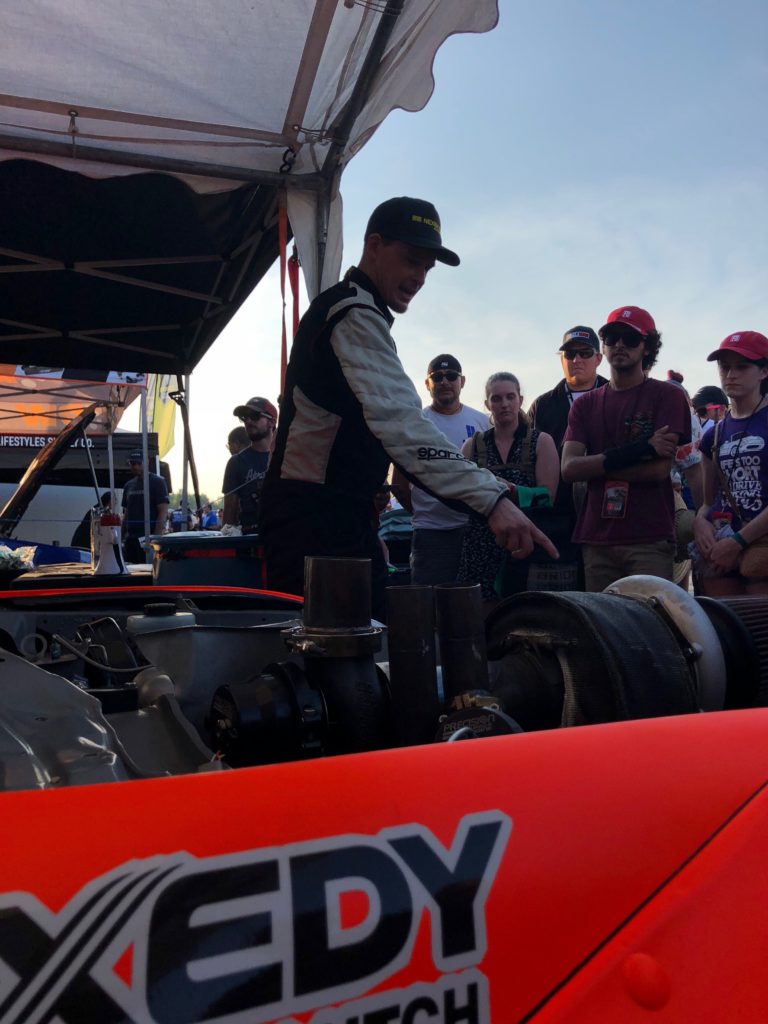 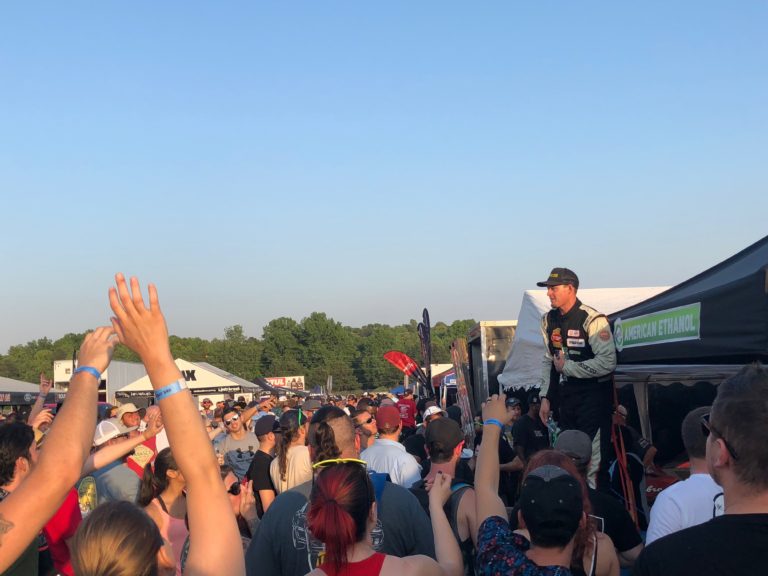 Kyle Mohan pulled double duty last weekend in Atlanta. Not only did Kyle compete in the Formula Drift Pro Series, he also joined forces with American Ethanol to host an at-track engine performance workshop during halftime of the event. Fans flocked to Kyle’s pit area where his American Ethanol KMR Mazda MX-5 was being worked on to watch him go under the hood and talk about all the work that goes into his competition car. Most Formula Drift fans are gearheads who work on cars either professionally in some capacity or as a hobby and are thus influencers when it comes to automotive performance.

These are the types of audiences we hope to reach through American Ethanol, and Kyle talked at length about the engine performance benefits of biofuels to the extremely engaged audience who peppered him with solid questions to further their understanding about the car and his fuel. Kyle touched on the octane value that higher ethanol blends deliver and why the cooler burn of ethanol is a benefit to drivers on and off the racetrack. He and his team also handed out hero cards with key ethanol messaging, signed autographs, posed for pictures, and distributed branded American Ethanol giveaways. At the peak of the activation, Kyle was speaking to roughly 50 engaged auto enthusiasts, and spoke to many more throughout the rest of halftime about the role American Ethanol plays for his team. 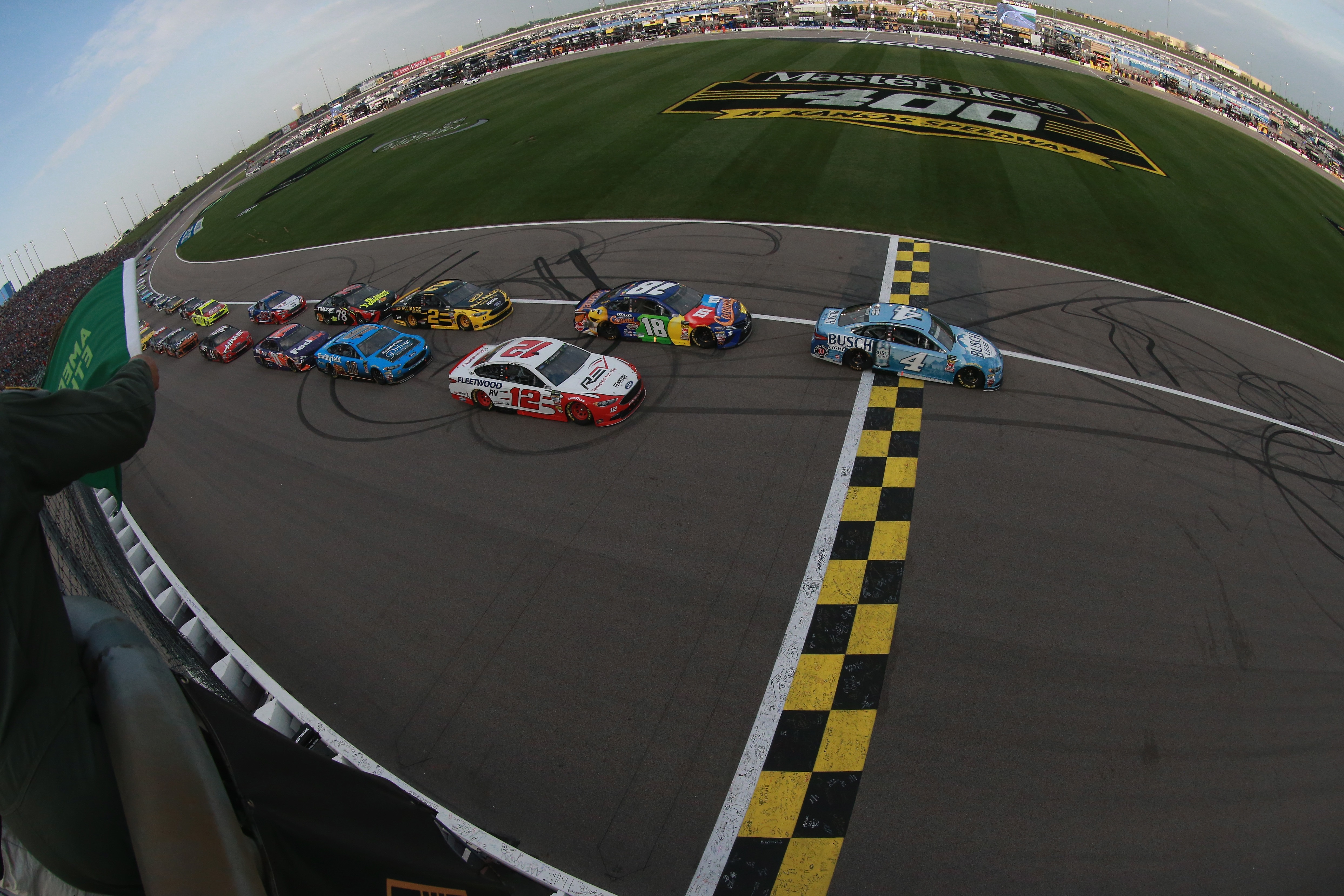 Austin Dillon and No. 3 Team Face Adversity in Kansas

Austin Dillon finished last weekend’s KC Masterpiece 400 at Kansas Speedway in 17th place. Though the team hoped for a better result, they actually improved upon their qualifying position while fighting through some technical issues.

“We had a challenging night at Kansas Speedway as we battled a lack of grip and handling issues, but I am proud of this Richard Childress Racing team because they never give up,” said Austin Dillon. “We hit a snag in the race during a green flag pit stop. Our car was gurgling in the middle of three and four, and I panicked. I came down pit road too abruptly and earned us a commitment line violation. We could have made it another lap, and we ended up multiple laps down. We kept digging, and we were able to earn back one of our laps when the caution came out with 30 laps remaining but didn’t have enough laps left in the race to get back on the lead lap. It wasn’t the race we wanted but we’ll take this 17th-place finish. This team doesn’t give up. I want to thank AstraZeneca and their SYMBICORT® (budesonide/formoterol fumarate dihydrate) brand for sticking with us.” 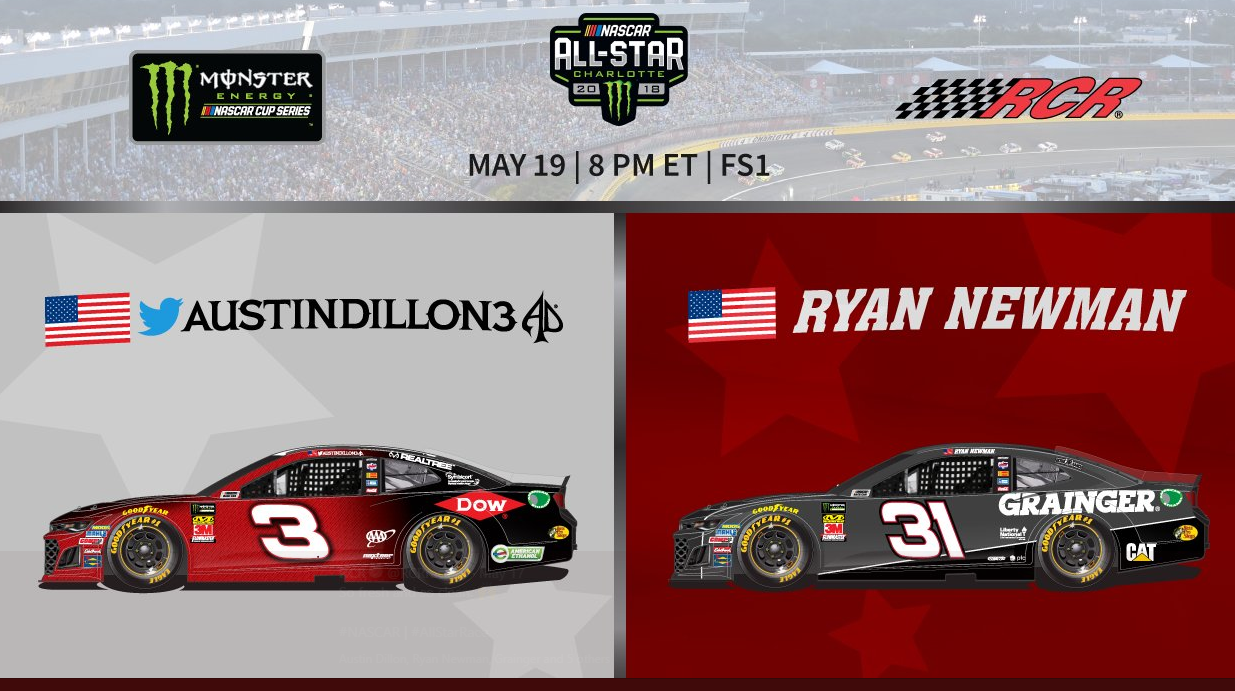 Austin Dillon will compete in the NASCAR All-Star Race this weekend at his “home track,” Charlotte Motor Speedway. Charlotte is a special track for Austin not only because he grew up nearby but also because he secured his first Cup Series victory there last year in the Coca Cola 600, a landmark moment in his career. The All-Star field is comprised of all 2017 and 2018 Cup Series race winners, former All-Star Race winners currently competing full time, and former Monster Energy Series champions currently competing full time. It’s an elite group and we are thrilled that Austin will have the chance to compete in the race.

“Oh yeah, I’m looking forward to the All-Star race,” Dillon said. “I have never gotten to be in it and we fought hard in the Open for a couple of years, but that pressure is probably the biggest pressure of the year, truthfully, not being in it sometimes. So, now I’m locked in it for the next two years, and I would like to lock myself in for life by winning it. So that is the plan when we go there. Charlotte is one of my best tracks. I definitely think we will be very competitive for the All-Star race.”

Austin also talked about the style of racing for All-Star weekend. “You’ve got to go get it. You will be after it, on the gas the entire time. There will be some strategy played I’m sure at the end. The way it is with the true real strategy is going to be based on how these cars drive. It’s a totally different package with a lot more spoiler. We are going to be running about wide-open around there, so it should be very interesting for our fans.”

The Monster Energy All Star Race at Charlotte Motor Speedway will be televised live Saturday, May 19, at 8 p.m. ET on FOX Sports 1. It will also be broadcast live on the Motor Racing Network and SiriusXM NASCAR Radio.