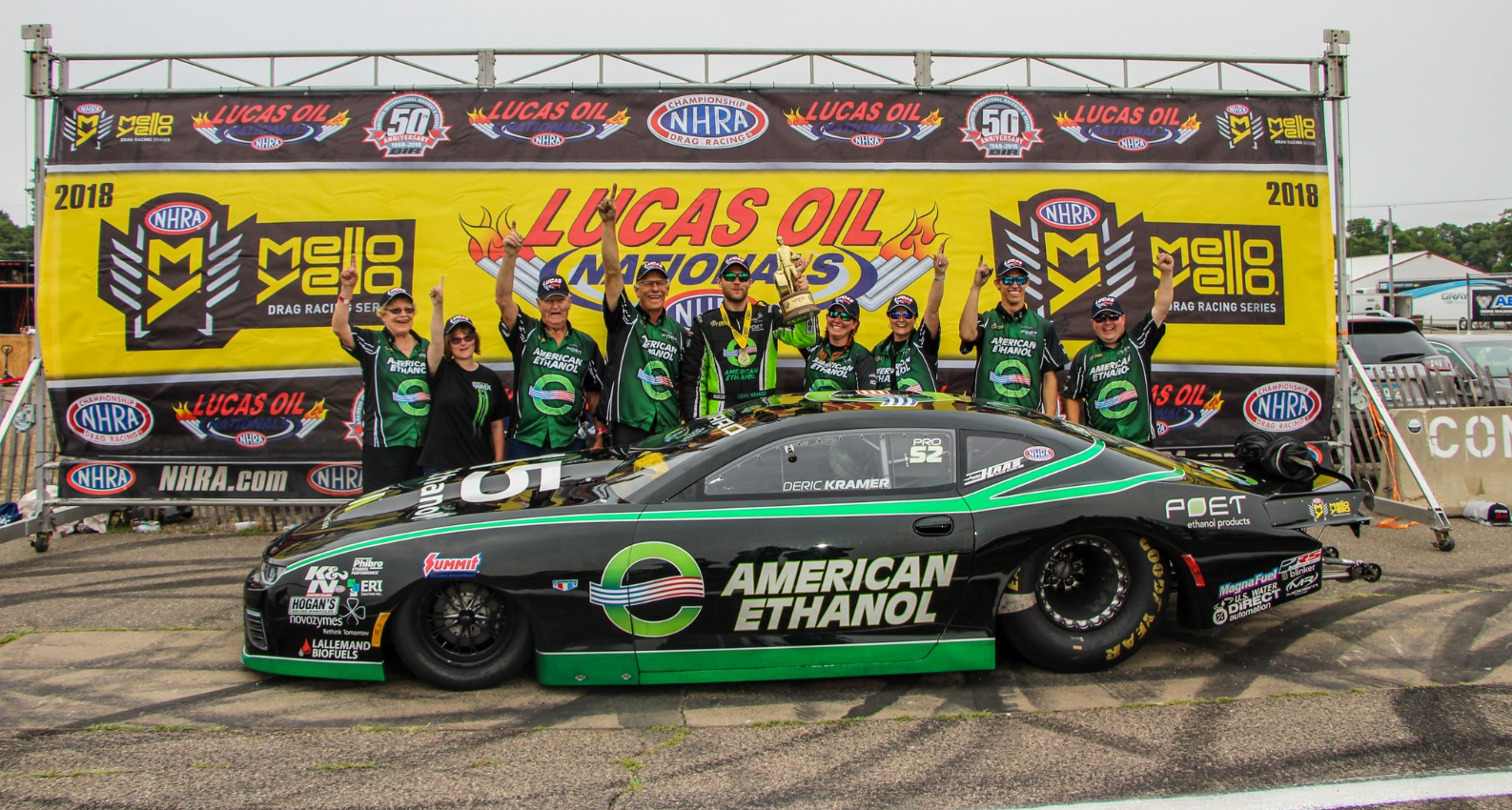 Deric Kramer earned his second NHRA Pro Stock win this season, and the second of his career, at the 37th annual Lucas Oil NHRA Nationals. Deric drove his American Ethanol Chevrolet Camaro to the winner’s circle at Brainerd International Raceway, defeating Vincent Nobile, Alex Laughlin, Jason Line, and Tanner Gray along the way. The win in Brainerd comes as part of a serious hot streak for Deric, who has earned runner-up finishes in his previous two NHRA Pro Stock competitions in Sonoma and Seattle.

Deric has made five final rounds total this year and has displayed a good sense of humor and competitive spirit by saying that he doesn’t like being the “first loser.” After his most recent runner-up finish, Deric characterized his mindset, saying:

“After two runner-up finishes in a row, I’m really hungry for another win. I always want a win, but I know it’s important to go rounds and collect bonus points as often as we can, so we can stay in the top ten before the Countdown. Once we get into the Countdown, I think we’ve got a real chance at this.”

We’re thrilled to see Deric break through and get the second win that he was working so hard for.

After the win, Deric left Brainerd International Raceway in the No. 6 position in NHRA Pro Stock points. And, with one race remaining in the regular season (to be held at Lucas Oil Raceway in Indianapolis in two weeks), he has officially clinched his spot in the Countdown to the Championship!