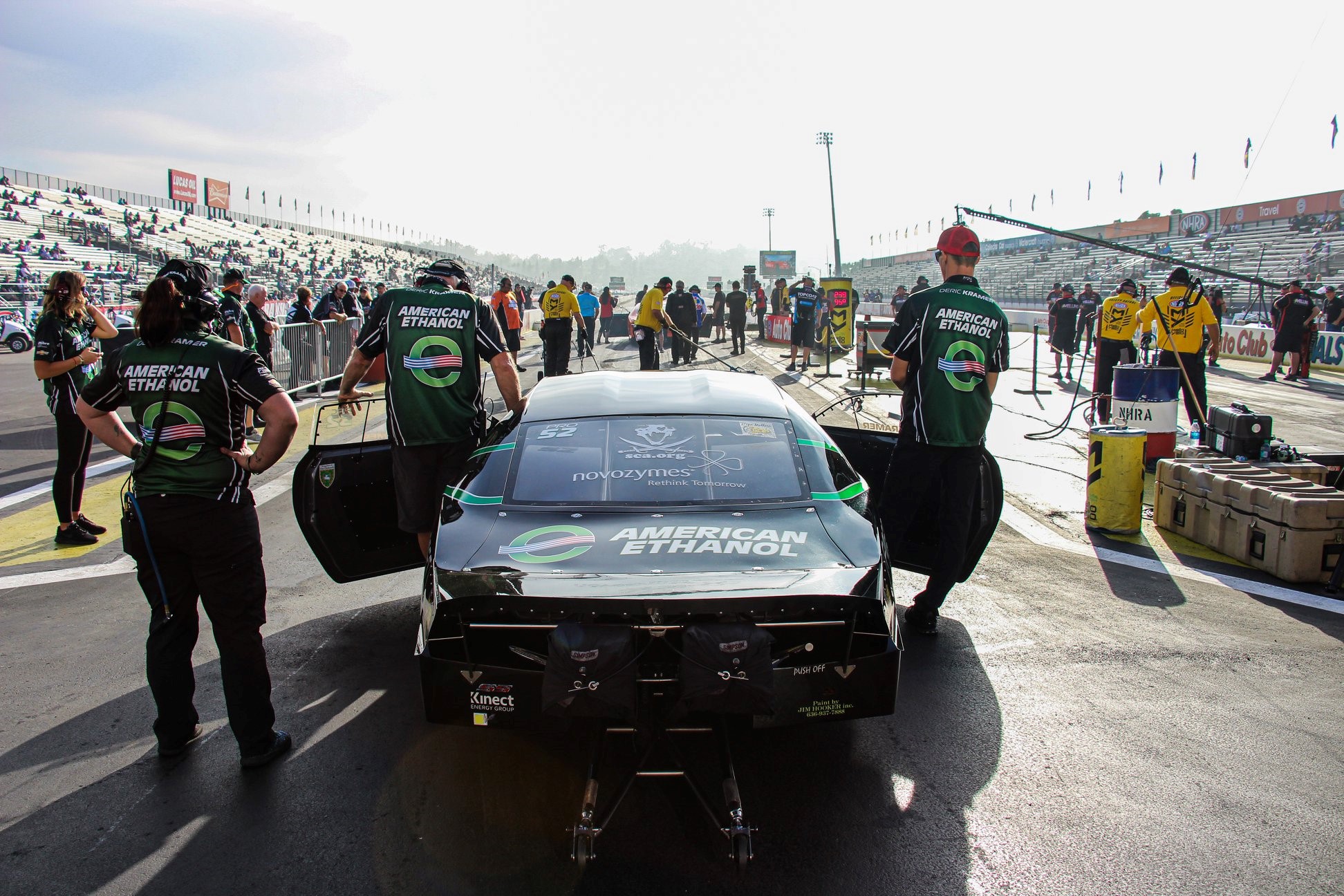 Deric Kramer wrapped up another great racing season in the NHRA Pro Stock series last weekend at the Auto Club NHRA Finals in Pomona, Calif. After qualifying seventh for the event, Kramer was barely edged out by Chris McGaha in the first elimination round. Though the result ended the American Ethanol team’s race day earlier than they would have liked, it couldn’t put a damper on an overall stellar season.

Kramer earned one regular season victory at the Route 66 NHRA Nationals in Chicago early this summer, along with multiple semifinal and final round appearances, allowing him to punch his ticket to the Countdown to the Championship for the second-straight year. In the playoffs, Kramer took another trip to the winner’s circle at the NTK NHRA Carolina Nationals at zMAX Dragway in Charlotte, NC in October.

Kramer’s consistent performance throughout the regular season and Countdown to the Championship earned the American Ethanol team a sixth-place finish out of a 41-team field, a marked improvement over his already impressive breakout ninth-place season last year. We encourage you to congratulate Kramer and the American Ethanol team on his Facebook, Instagram, and Twitter pages.

Austin Dillon ended the 2019 NASCAR Cup Series season on a high note, earning a top-10 finish at the Ford Eco Boost 400 at Homestead-Miami Speedway. “It feels good to cap off the 2019 season with a solid run for everyone at RCR, ECR and our partners and fans,” said Dillon. “The Symbicort (budesonide/formoterol fumarate dihydrate) Chevrolet was really solid from the start of the race, and it didn’t take long for us to make our way into the top 10. We just got a little too tight at the end of the race to make a run for the top-five. We’ve changed our bodies and everything, just trying to get closer to the competition. We’ve been working really hard and this gives us some good momentum going into 2020. This is the first car we’ve had all year that’s been really competitive at these 1.5-mile tracks. We’ve had some good qualifying efforts, but we were racy tonight and that was good to see. We can build on stuff like this for next year.” 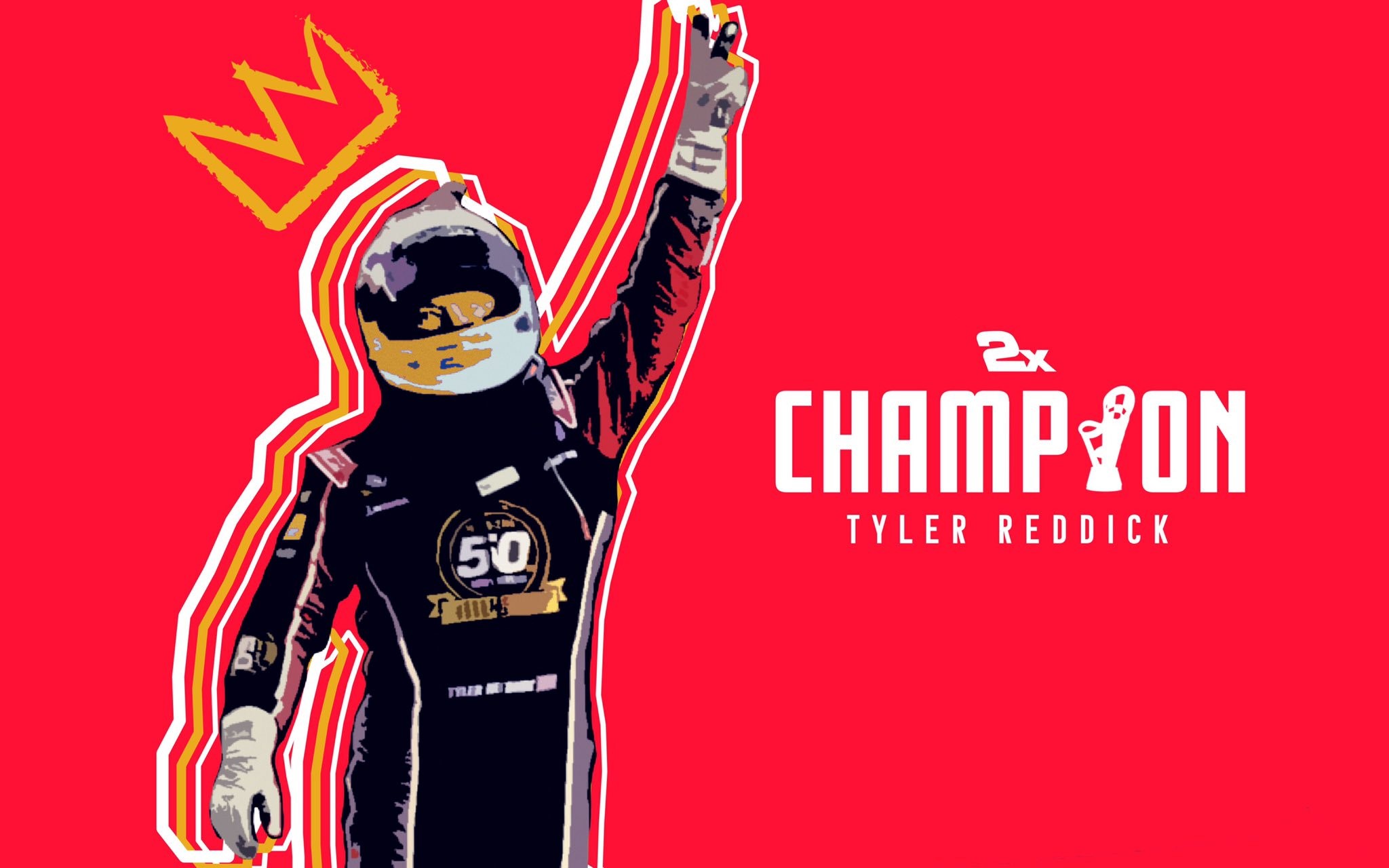 Meanwhile, Richard Childress Racing’s (RCR) Tyler Reddick won the NASCAR Xfinity Series Championship for the second-straight season. On his way to the Xfinity Series crown, Reddick earned a top-five finish in the No. 2 American Ethanol / Novozymes Chevrolet in the U.S. Cellular 250 at Iowa Speedway during an American Ethanol paint out race back in July. Reddick will make his debut in the Cup Series next year for RCR, an exciting development for both driver and team.

Growth Energy Vice President of Communications and Public Affairs Elizabeth Funderburk will present the end-of-season American Ethanol Gander Outdoor Truck Series and Xfinity Series awards this weekend in Charlotte at the NASCAR Awards Banquet. This year’s recipients are Matt Crafton and Tyler Reddick in the truck and Xfinity series, respectively. Funderburk’s remarks during the presentation will highlight the continued positive benefits of Sunoco Green E15 in NASCAR and the recent milestone of 15 million miles driven on E15 within the sport.

With the racing season officially drawn to a close for our American Ethanol partners, we will be temporarily suspending this weekly American Ethanol Performance Update. Moving forward, we will keep you notified of any pertinent updates until racing resumes in a Friday email sent only on an as-needed basis. Be sure to follow us on social media (@AmericanEthanol) in the meantime to stay in the loop!