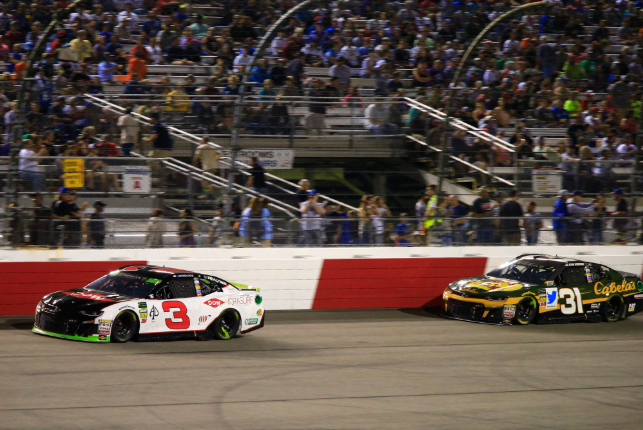 Austin Dillon continued his strong showing in the Round of 16 for the NASCAR Monster Energy Cup Series Playoffs, earning a 6th place finish in the Federated Auto Parts 400 at Richmond Raceway! This result followed a very solid 11th place finish in the previous week’s opening playoff race in Las Vegas, putting Austin in a great position in the early goings of the playoffs.

“That’s exactly the performance we needed with the Dow VORASURF Chevrolet Camaro ZL1 tonight,” Austin said. “We were able to execute a no-mistakes race, earning Stage points in Stage Two and finishing sixth. We could have had Stage points in the first Stage if we would have qualified better, but if we would have qualified better we probably wouldn’t have had the car we had tonight. It was an impound race, so we knew we were going to have to bite the bullet in qualifying to have a car free enough to race good. We were just super-loose in qualifying. That was a heck of a run for us. We didn’t even make adjustments throughout the race during pit stops. Our Dow VORASURF Camaro ZL1 was that good. We’ve done all we could in these Playoffs, so I’m really proud right now. I hope all the studying I’ve done for the Roval will pay off also. We don’t want to be in the first group out.” 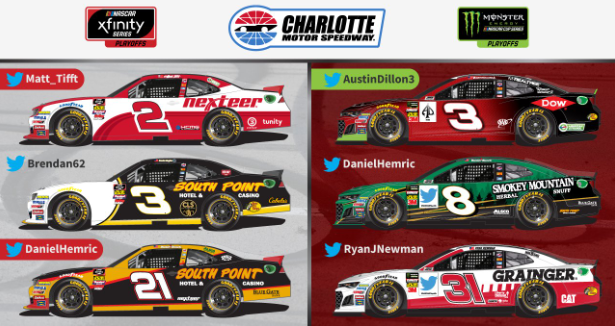 Anticipation is at an all-time high for this weekend’s first NASCAR Playoffs cutoff race – the Bank of America Roval 400! Charlotte Motor Speedway, Austin Dillon’s “Home Track,” has been turned into a road course which has affectionally been dubbed the Charlotte “Roval” (road course + oval=roval). This race is the first time that drivers will have to tackle a road course in the 2018 Playoffs. The course will have 17 turns which should keep drivers on their toes and make for a thrilling race to decide which 12 competitors will advance to the next round of the playoffs.

Austin Dillon talked about challenges he expects to see at the “Roval,” and provided a glimpse into his mindset leading into the cutoff race:

“The whole track is treacherous,” said Austin. “There are places where you can bust your tail at any given moment. Being over-aggressive can gain you speed, but it also can take you out if you end up jumping a curb. For me, the passing opportunities are the slow area in Turn 7, where there’s a slow left-hander, and going into Turn 1. I think Turn 1 will be a pretty good passing zone. Truthfully, I don’t think anyone really knows yet what to expect for the Roval.”

When asked whether he was worried about the first cutoff race being held at a road course, Dillon replied, “I don’t think worried is the correct term. The Roval is a place that could play into our favor. Survival will be key. Not making a mistake. You can race hard at the end because there will be some guys that take themselves out of it pretty quickly.”

Check out the Roval Race!

The Bank of America Roval 400 at Charlotte Motor Speedway will be televised live on Sunday, September 30, at 2 p.m. Eastern time on NBC. It will also be broadcast live on the Performance Racing Network and SiriusXM NASCAR Radio.

Next American Ethanol Paint Out Coming Up

Our next paint out for Austin Dillon’s American Ethanol e15 No. 3 Chevy Camaro ZL1 is coming up on Sunday, October 14 at the legendary Talladega Superspeedway. With a good result this weekend, Austin will be fighting to advance beyond the Round of 12 at Talladega while racing with American Ethanol livery!