Austin Dillon and the No. 3 team were the picture of consistency in last weekend’s Toyota Owners 400 at Richmond Raceway, starting and finishing the race in the sixth position. It was the second top 10 finish for Dillon this season, and a great result for the No. 3 team, which has consistently put a fast car on the track week in and week out.

“We had a meeting on Monday and talked about what we needed to do here at Richmond Raceway as a team and then we came here and we did it, so I am really proud of everyone on this Richard Childress Racing team,” Dillon said. “We had a really fast AAA Chevrolet Camaro ZL1 tonight, especially during the last run. I think we actually had a little something for at least the top three spots. We had a little bit of a mess-up on our last pit stop and lost some track position, but we passed some good cars there at the end, including Kyle Busch and Brad Keselowski. I’m really proud of the AAA team. I just wish we could have been a little further forward to see what we had. I saved a lot of my stuff for the end and was ready for that last run. But, we didn’t have enough. I’m definitely excited about the direction our team is going. It’s always good to go into the off weekend with a solid, top-10 finish.”

The result bumped Dillon up to the 14th position in points standings for the Monster Energy NASCAR Cup Series. As Dillon noted, the team gets a much-deserved break this weekend to recharge. They will be back on the track on April 28 for the Geico 500 at Talladega Superspeedway. 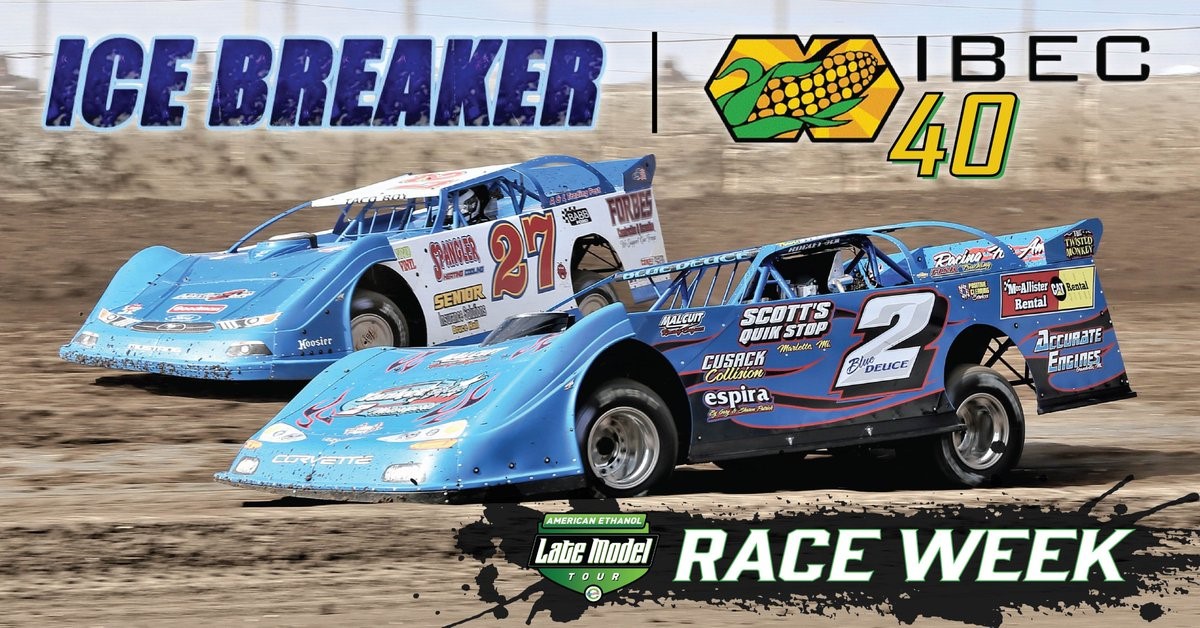 Promotional graphic for the AELMT

The American Ethanol Late Model Tour (AELMT) was scheduled to host its first doubleheader of the season this weekend, with races back-to-back on Friday and Saturday. However, the first leg of the doubleheader, the  “Ice Breaker” at I-96 Speedway in Lake Odessa, Mich., was postponed until July 19 due to inclement weather. Heavy rainfall can seriously impact dirt track conditions, and the I-96 speedway became oversaturated this week with even more rain in the forecast for this weekend. The second race of the doubleheader – the Iroquois BioEnergy 40 – will be held on schedule at Plymouth Speedway in Plymouth, Ind.

The weekend’s events can be heard live on the Motor City Racing Network by visiting aelmt.com and clicking, “Race Day Live.” Also, be sure to keep up with race day updates on the AELMT’s social media channels, including Facebook, Instagram and Twitter.

American Ethanol Events on the Horizon 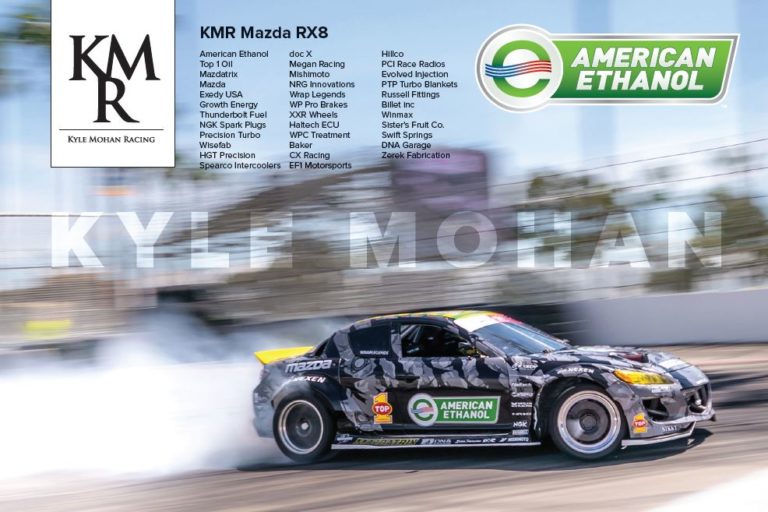 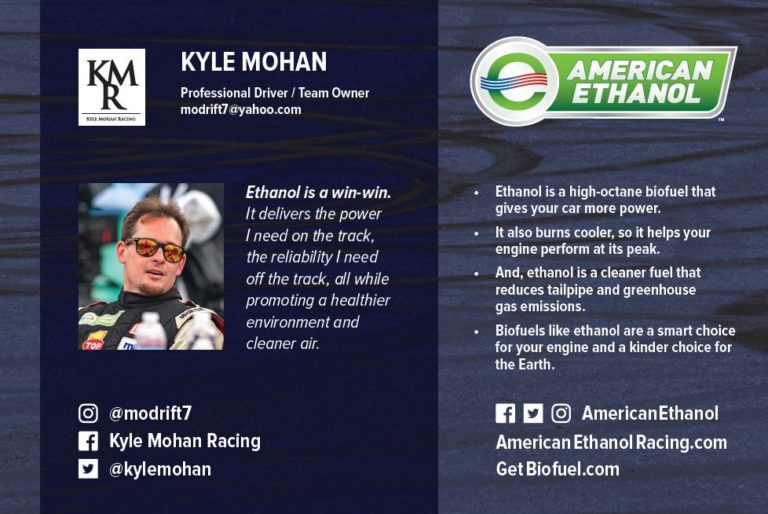 Kyle Mohan’s second Formula Drift event of the year is just around the corner on April 24 – 26 in Orlando, Fla. Kyle will host an autograph signing of his new American Ethanol hero cards (see images above for a look at the front and back of Mohan’s 2019 hero card) to promote the benefits of biofuels to his loyal fans in Florida.

The first American Ethanol primary paint out for Austin Dillon’s No. 3 car is on May 11 at Kansas Speedway, so stay tuned to our social media channels during that race week for coverage.

Deric Kramer’s next event – the Virginia NHRA Nationals in Richmond, Va. is just under a month away on May 17-19, where he will aim to make his first trip to victory lane in the 2019 season. 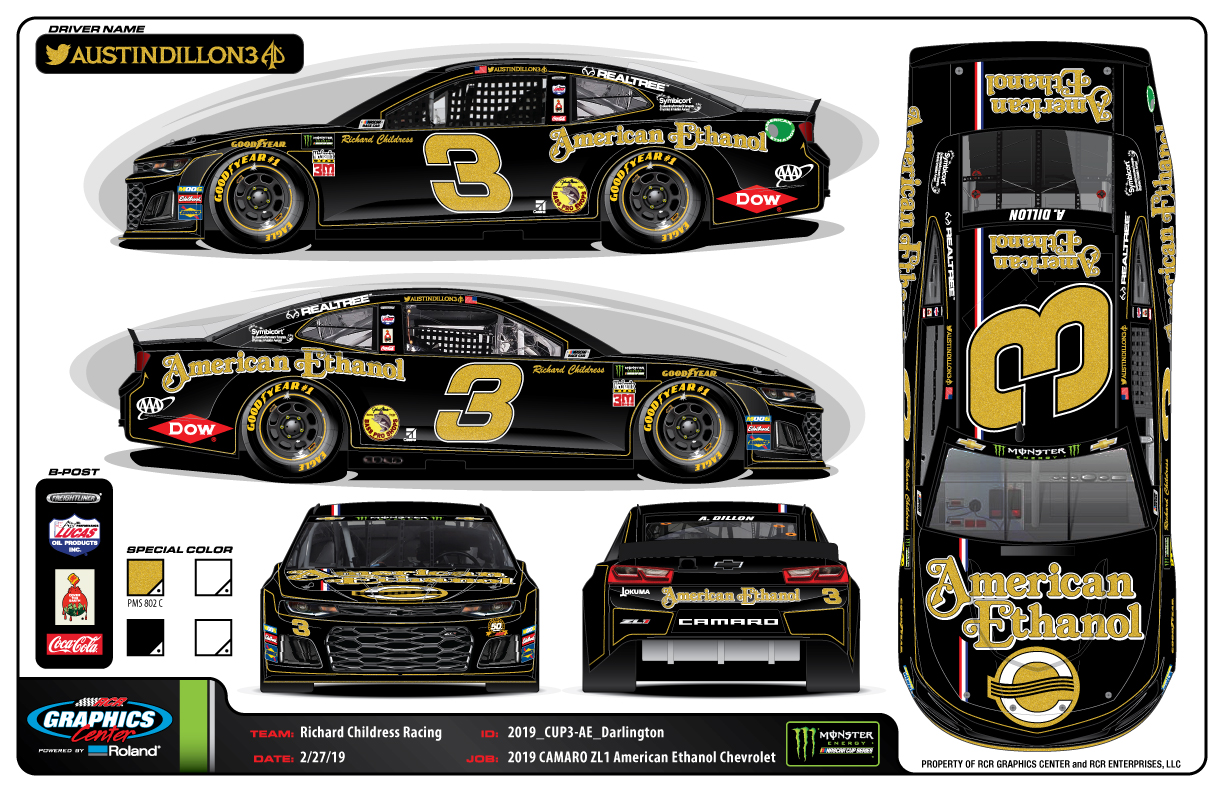 The “Black Gold” throwback pays homage to one of Richard Childress’ iconic paint schemes from the 1970’s in celebration of RCR’s 50th anniversary this year.

In 1995, due to the to the popularity of the original paint scheme, Lionel (formerly known as Action Sports) released a limited-edition Black Gold No. 3 diecast with 5,004 units available.