Here’s a cool story from American Ethanol Performance Team partner Nth Moto in Minneapolis. Don Groff, a local Minnesotan auto enthusiast, came to them recently with a custom V12 turbocharged engine that he has been building over the last four years using a pair of inline 6-cylinder Toyota engines that were engineered together through a tedious and exacting process of design, machining, welding, and align-boring. After the engine and driveline were laid out, he fabricated the one-off chassis using tubular and machined parts that were all made from scratch. Even the formed aluminum components including body, tanks, and ductwork were entirely handmade and fabricated by Groff!

However, the really exciting part is that the engine will run primarily on E15 fuel from local Minnesota pumps but can run any mix of ethanol from E15 to E98 using an automated flex-fuel system and electronics designed by Nth Moto. The car was built to be a street rod and will be driven to events and shows. News of this iconic build has gone viral around the world (see articles in Road&Track, Jalopnik, and EngineLabs), and Nth Moto will be highlighting the vehicle’s performance on ethanol through a video series on social media and YouTube throughout this year. Check out a video of the first time Don started the engine here! And make sure to become a Facebook fan of Nth Moto if you’d like to stay up to date on the project. 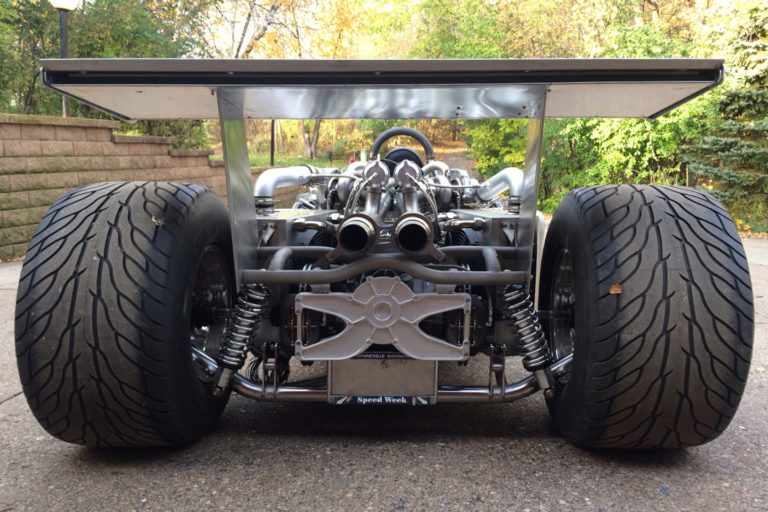