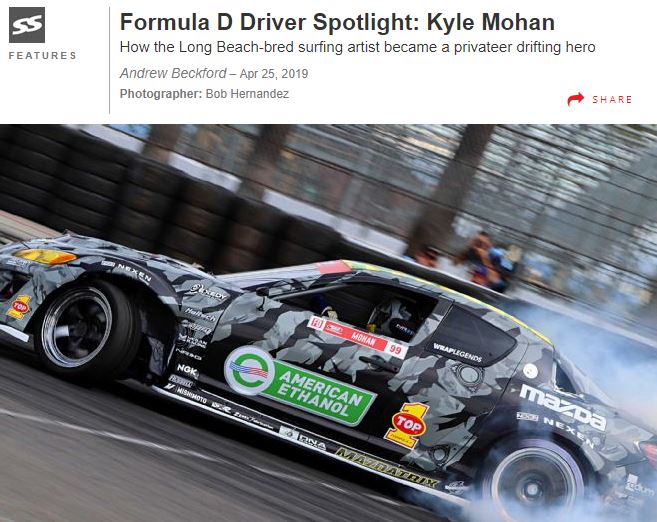 This week, Super Street Magazine, a popular automotive news outlet, published a feature story on Kyle Mohan and his American Ethanol Mazda RX8 to coincide with the start of the 2019 Formula Drift Season. In the piece, Mohan spoke about the importance of his American Ethanol Sponsorship:

“The car is maintained by me and my friends, so I am proud to still be able to compete on a professional level in Formula DRIFT in 2019 against, frankly, million-dollar programs. Despite the fact that we put together my RX-8 this year in just two months, it still feels like the progression of the car I started out with. I think of everything as one big passion that we live and breathe. And this car represents everything I believe in. All the companies that sponsor us are brands I believe in. I’m also a surfer, I live next to the beach, and my wife is an environmental scientist. So who do we have as one of our sponsors? American Ethanol. I run a clean fuel that’s made in America.”

Austin Dillon Back in Action at Famed Talladega Superspeedway 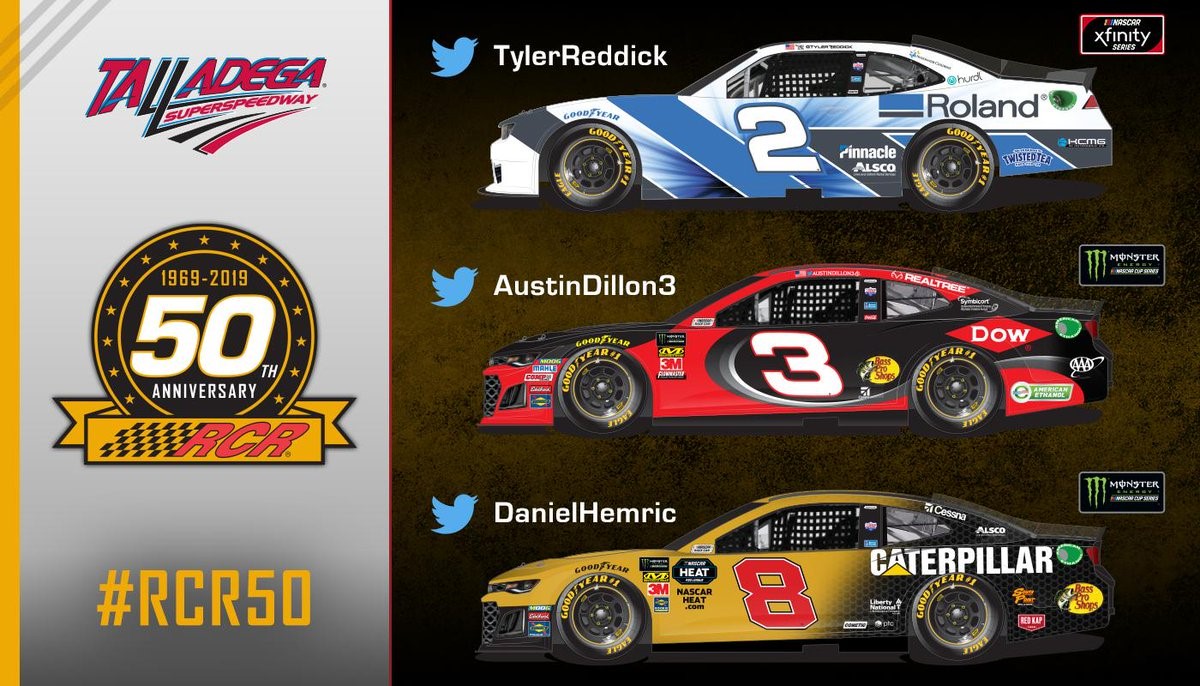 After a much-deserved break last weekend, Austin Dillon returns to the track this Sunday, April 28 for the Geico 500 at Talladega Superspeedway where he has had success in the past – finishing third at the track in 2016. In general, Dillon races well at superspeedways which are characterized as tracks that are over two miles in length. Dillon talked about how a larger spoiler on this year’s No. 3 car for Talladega should hopefully allow him to run near the front of the pack and aim for a win.

“I think everybody is looking forward to something a little bit different in speedway racing,” Dillon said. “Something to change it up. This [larger spoiler] should definitely do that. When you get to Talladega Superspeedway there will be a big pack and being able to maneuver through that pack will be everybody’s focus. The handling of the car shouldn’t be as much of a focus as just being able to move through the field the fastest and trying to keep the lead the longest.”

The Geico 500 will be televised live on Sunday, April 28 at 2 p.m. Eastern time on FOX. It will also be broadcast live on the Motor Racing Network and SiriusXM NASCAR Radio.

As a reminder, our first American Ethanol paint out for Austin Dillon’s No. 3 Chevrolet Camaro ZL1 is just a few weeks away at Kansas Speedway. Keep an eye on our social media channels for content leading up to, and during, the race.

Kyle Mohan will hit his second Formula Drift event of the season this weekend at Formula Drift Orlando at Orlando Speedworld in the American Ethanol Mazda RX8. Mohan has an autograph session planned where he’ll sign American Ethanol hero cards for the Florida motorsports enthusiasts in attendance. Pro Qualifying begins today, Friday, April 26 at 11:30 a.m., and the Pro Top 32 competition kicks off Saturday, April 27 at 1:15 p.m. The event can be livestreamed here.

Stay tuned to the @AmericanEthanol social media channels in the coming weeks for a video from Mohan’s first Formula Drift round in Long Beach earlier this month debuting his new American Ethanol Mazda build for this season. 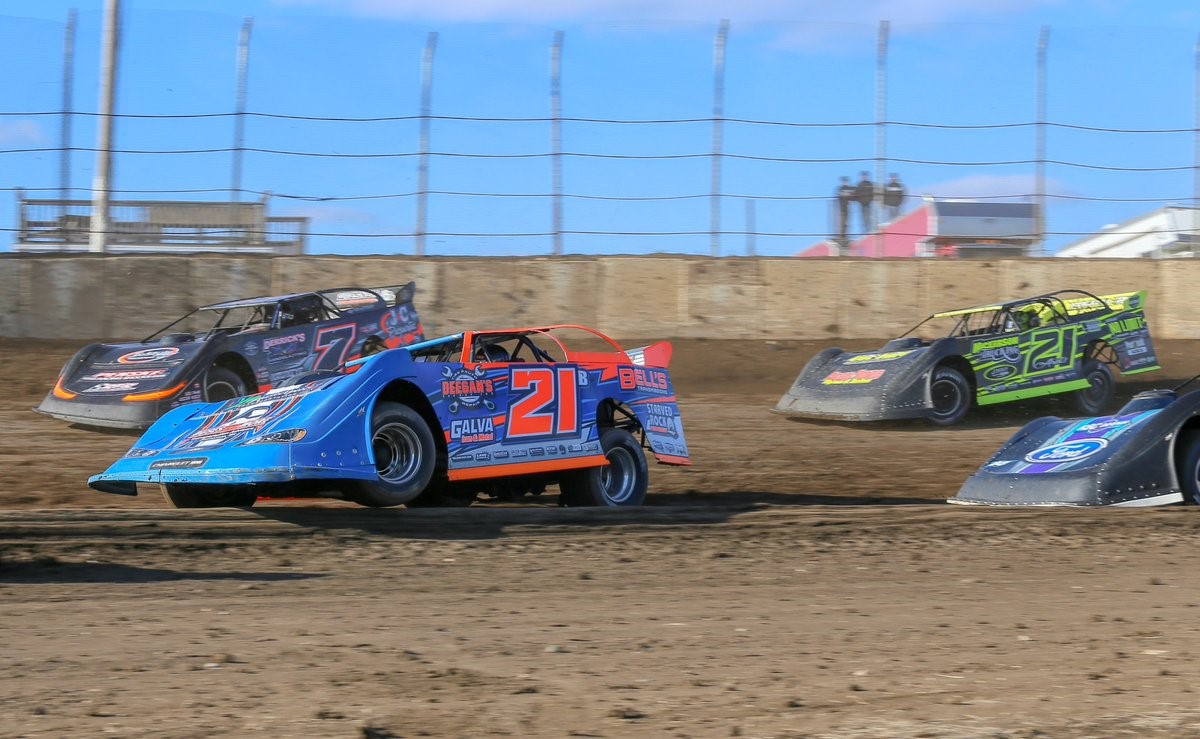 The American Ethanol team was excited for the first American Ethanol Late Model Tour doubleheader of 2019 last weekend – the Ice Breaker at I-96 Speedway and the Iroquois BioEenergy 40 at Plymouth Speedway – but unfortunately heavy rains and unfavorable weather put a damper on both events and caused them to be postponed. Dirt track racing is obviously particularly susceptible to poor weather as conditions at the track can deteriorate rapidly. For the safety and enjoyment of everyone involved, postponing the two races was the right decision. The Ice Breaker will now be held on Friday, July 19, and the Iroquois BioEnergy 40 reschedule date is still pending.