Richard Childress Racing (RCR) is celebrating its 50th anniversary this year, and American Ethanol is honored to participate in the festivities at the Bojangles’ Southern 500 this weekend at Darlington Raceway, also known by fans as the “Darlington throwback race.” In the late 1970’s when RCR Chairman and CEO Richard Childress was still a NASCAR driver, he drove an eye-catching “Black Gold” Oldsmobile Cutlass. This weekend, Austin Dillon will pay homage to that iconic paint scheme with a throwback version of his grandfather’s car and will drive a special edition black and gold version of the American Ethanol No. 3 Chevy Camaro ZL1 during throwback weekend.

When asked whether he enjoys the Darlington throwback race, Dillon responded by saying:

“Yeah, we [do]. Our paint scheme this year honors the Black Gold car my grandfather raced in the 1970s. We’ve had fun filming the car with American Ethanol and getting into the history of the era. It’s really special to be able to honor my grandfather with our Darlington Throwback scheme.” 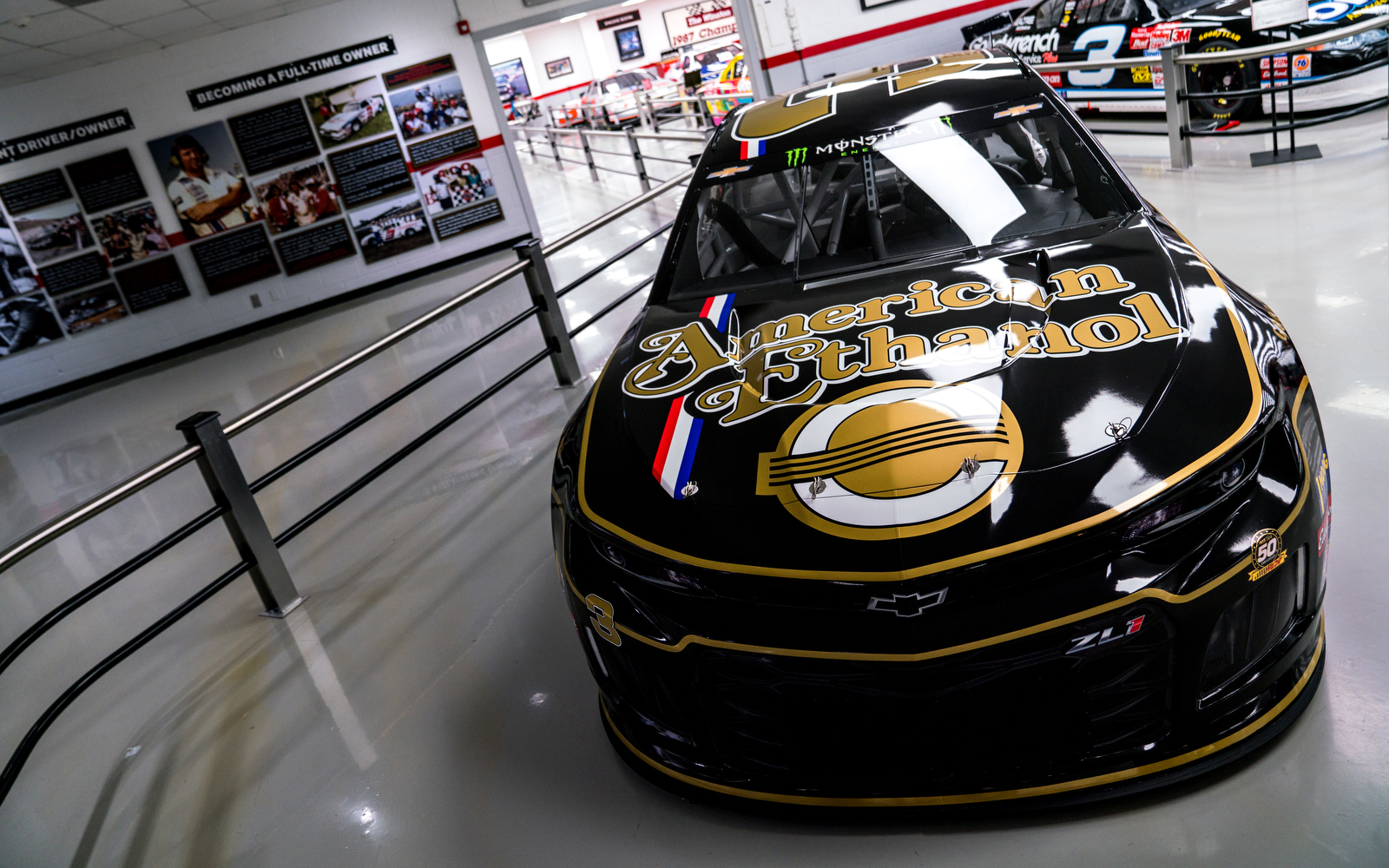 The track itself is known as “The Lady in Black,” which is a reference to the track’s intimidating history of being extremely hard for drivers to navigate without crashing. That infamous reputation has led to the concept of earning your “Darlington stripe,” which essentially refers to succumbing to the Lady in Black and wrecking during a race. Dillon talked about how he’s fared at the difficult track.

“Yeah, I have actually made it through without a Darlington stripe, but I have wiped out two cars in first practice. It’s a place that will bite you quick and you just have to have the right mentality going into it of what you are racing against. It’s not necessarily the competition as much as yourself. Mentally it’s a challenging place and I love that about it.”

We hope Dillon will take home the checkered flag this weekend and continue to avoid earning a ‘Darlington stripe’. Stay tuned to our social media channels (@AmericanEthanol) on Twitter, Facebook, and Instagram this weekend for coverage of the race, as well as a brand-new video series focusing on the history of RCR and the impact of American Ethanol on and off the racetrack.

Tune in to Watch the American Ethanol Throwback No. 3 Car 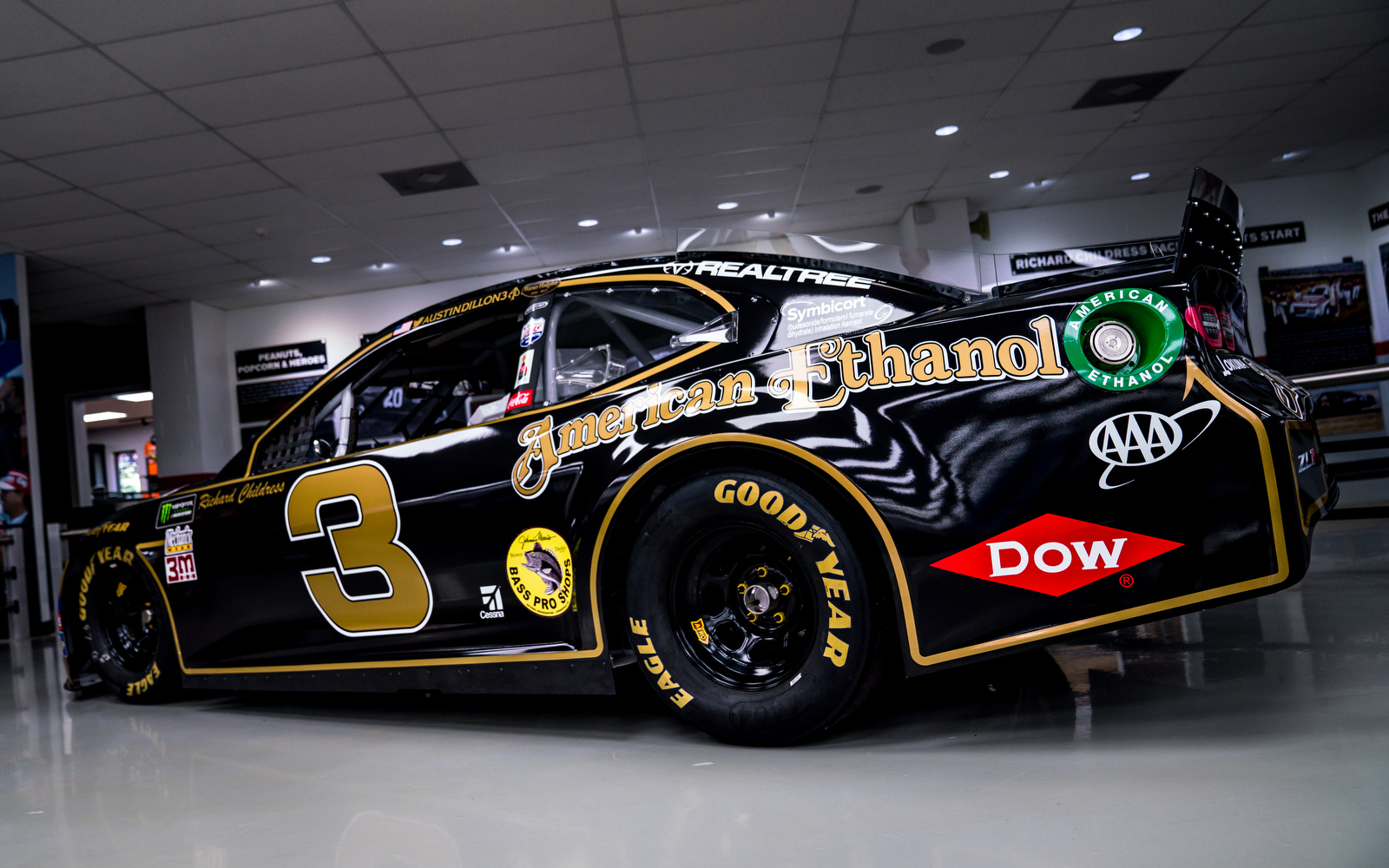 The Bojangles’ Southern 500 at Darlington Raceway will be televised live Sunday, September 1 at 6 p.m. Eastern time on NBC Sports Network. It will also be broadcast live on the Motor Racing Network and SiriusXM NASCAR Radio. 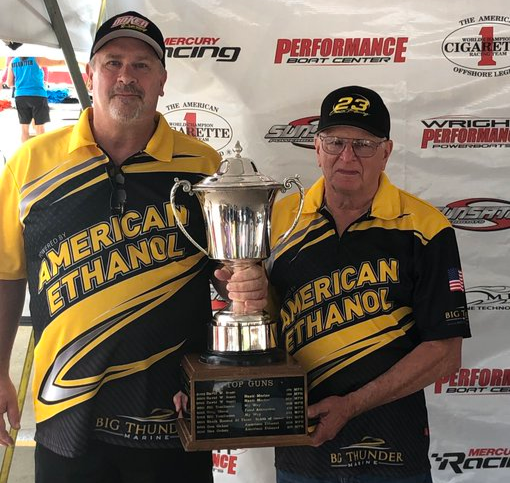 American ethanol industry advocate Don Onken was inducted into the Lake of the Ozarks Bob Morgan Memorial Shootout Hall of Fame last week, and he and his team proved exactly why the honor was so well deserved at last weekend’s Lake of the Ozarks (LOTO) Shootout. The LOTO Shootout is the largest unsanctioned boat race in the U.S. drawing competitors from across the country to see who can lay claim to having the fastest high-performance boat.

Despite a propeller issue that knocked them out of competition ahead of schedule, the 51-foot American Ethanol Mystic Powerboats Catamaran extended its dominant shootout run, taking home “Top Gun” honors for the fifth year in a row, an incredible showing for the ethanol-powered boat. The team was able to torch the rest of the field with a 201-mph run on the 3/4-mile course, where the next fastest competitor clocked in at 176 mph, proving that high ethanol blends are critical to delivering performance at the highest levels. 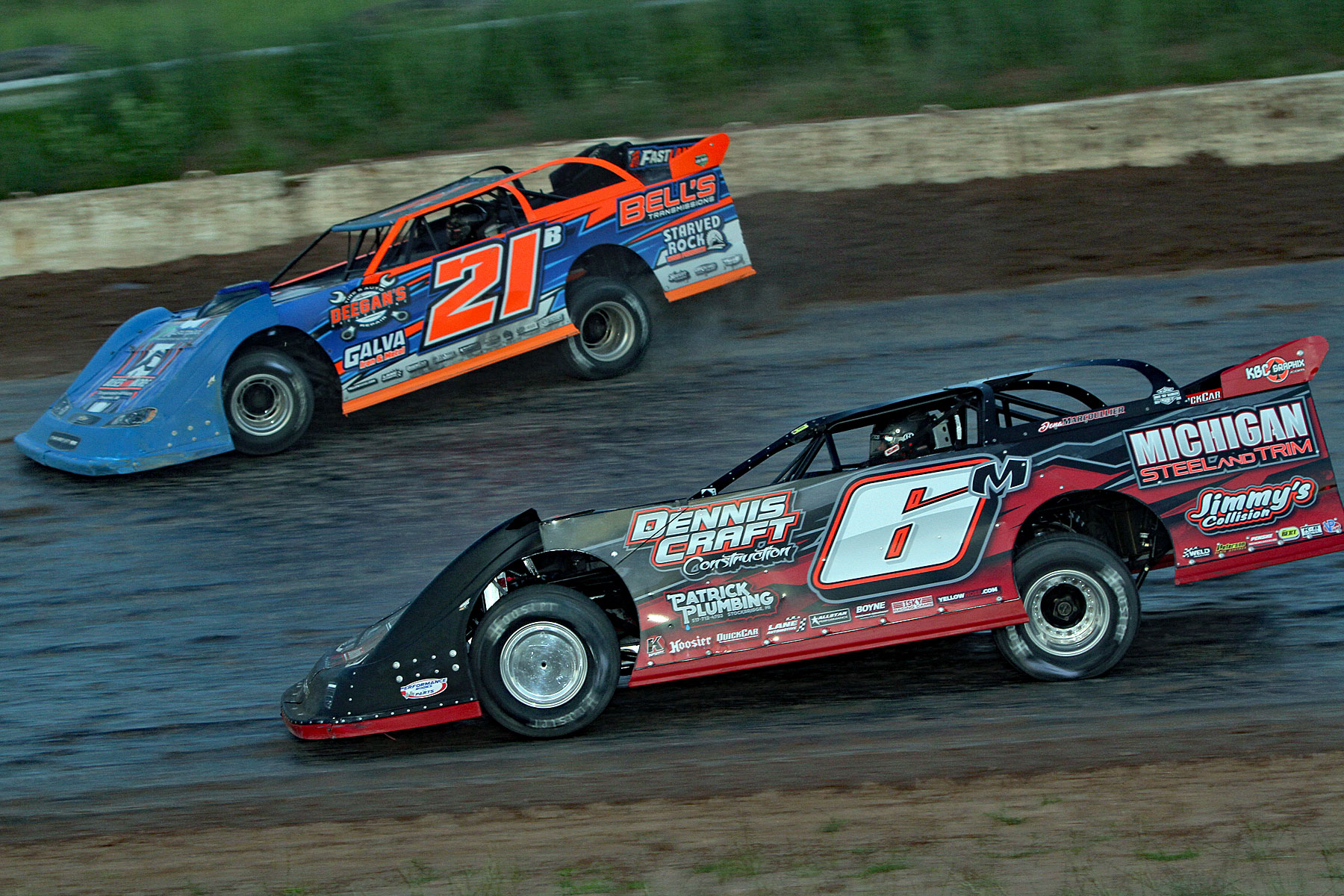 This Friday and Saturday the American Ethanol Late Model Tour (AELMT) will debut at two venues for the first time in this weekend’s doubleheader action with an increased purse and championship implications on the line. The AELMT will put on back-to-back thrilling dirt track races at Farmer City Raceway and Fairbury American Legion Speedway (FALS) with one of the closest championship points battles in tour history.

The last time the AELMT was in action was during the 31st Running of the WoodTic / 2nd Annual Dan Salay Memorial on August 2-3. McClure, Ohio’s Rusty Schlenk dominated the event, leaving only four drivers on the lead lap at the conclusion of the 74-lap race. The points battle has been exciting all season long, and there isn’t much separating the top contenders who are eyeing the $10,000 purse for the tour champion as the season winds down.

Head over to AELMT.com to stay up to date with the tour.