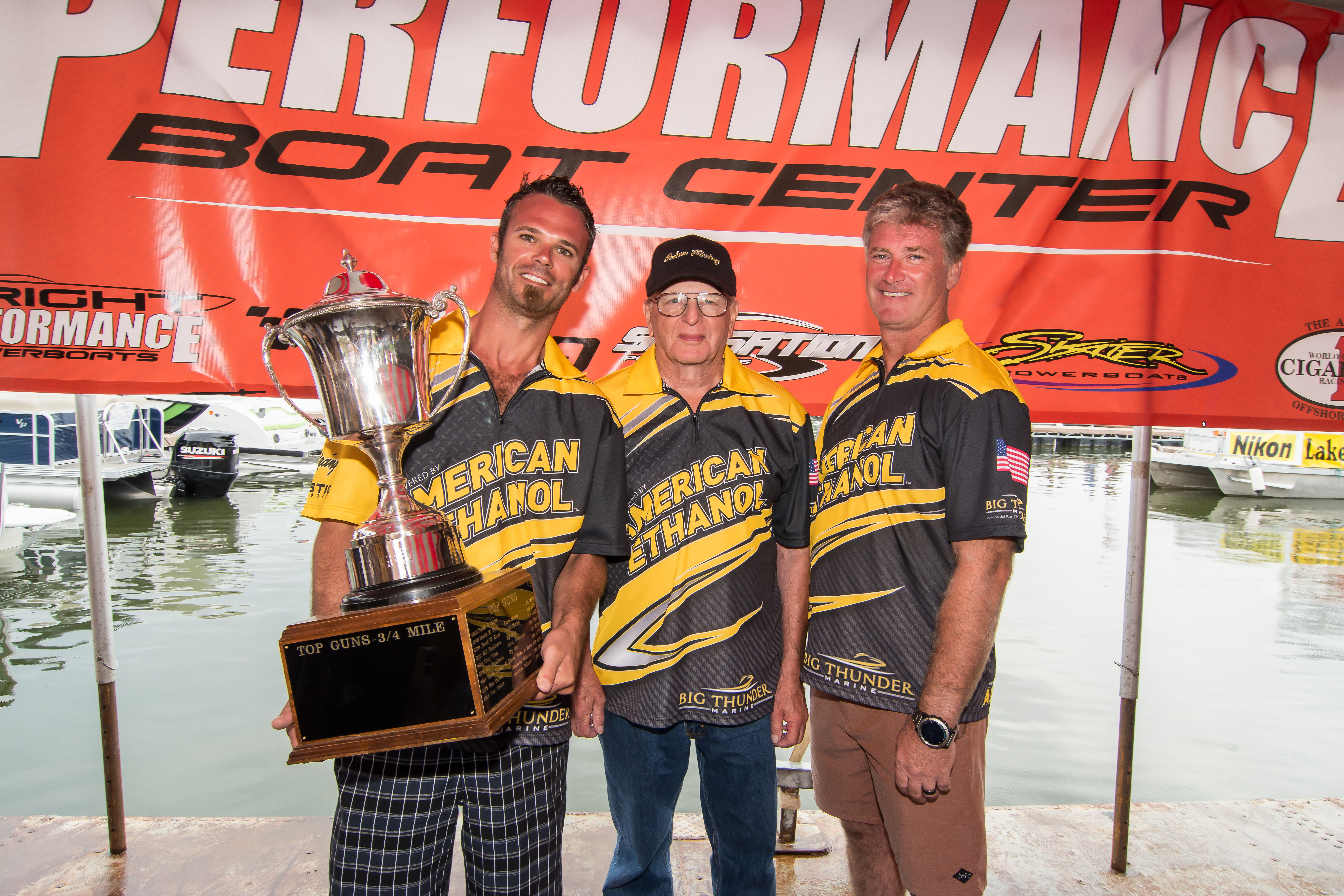 I have spent many years of my life racing boats professionally and enjoying boats recreationally. My love for being out on the water has been passed down through my family, and it is truly a way of life for all of us. As the owner of the American Ethanol Mystic Powerboats 51-foot Catamaran, I am always pushing to get every last ounce of performance out of the boat. There is a significant amount of highly technical work that goes into building, preparing, maintaining and driving a record-setting boat that frequently surpasses 200 mph out on the water in competition. Ironically, one often overlooked component of boat maintenance and performance is actually one of the simplest elements—the fuel.

We run our competition boat on a fuel blend that has a high concentration of ethanol, which is a renewable biofuel made from plants that reduces greenhouse gas emissions. Ethanol has higher octane than standard gasoline so it helps us gain horsepower and speed in the boat. It also burns cleaner and cooler, which is a smarter choice for our engines. And, since ethanol displaces toxic chemicals in gasoline that have been linked to groundwater contamination, cancer and smog, it’s a choice we feel good about in protecting the waterways that are such an important part of our lives.

Gasoline blended with 10 percent ethanol is commonly known as E10 or “regular unleaded” at the gas pump. Ninety-seven percent of the nation’s gasoline supply contains 10 percent ethanol, so it’s likely that most boaters are at least familiar with the fuel. What some boaters may not know is that E10 is safe and approved for use in all marine engines, and has been warranted for use for nearly two decades. Meanwhile, E15 (made with 15 percent ethanol) is being increasingly offered by leading retailers across the U.S. because it allows them to offer higher-octane fuel at competitive prices—up to 10 cents per gallon less than E10. E15 is a great choice for anyone with a car model year 2001 and newer because it is higher octane than E10 at less cost, which is a clear benefit. However, E15 is currently not approved for use in marine engines, which is why fuel pumps are clearly labeled with the ethanol content of the fuel.

Ethanol certainly has a place within the boating world. It’s an inexpensive source of octane that also promotes cleaner, more environmentally friendly boating, somethinganybody should be able to get behind. Ethanol-free gasoline is frequently sold near marinas at significantly higher costs than E10, and boaters should be aware that E10 is a choice that could save them money at the pump and be perfectly suited for their boat. Every major marine manufacturer—Kawasaki, Mercury Marine, OMC, Pleasurecraft, Tigershark, Tracker, Honda, Yamaha and others—approves 10 percent ethanol blends in their marine engines.

Getting the Most From Your Boat

Boating is a way of life for many families other than my own. Whether you’re racing competitively or just taking the family out for a day of fun on the water, proper care and maintenance for your boat is always of the utmost importance. And part of that equation is knowing which fuel meets your price and performance needs. Following the guidelines of your owner’s manual, paying attention at the gas pump, and knowing the facts about which ethanol blends will work for you are all keys to keeping your boat running smoothly and reliably.