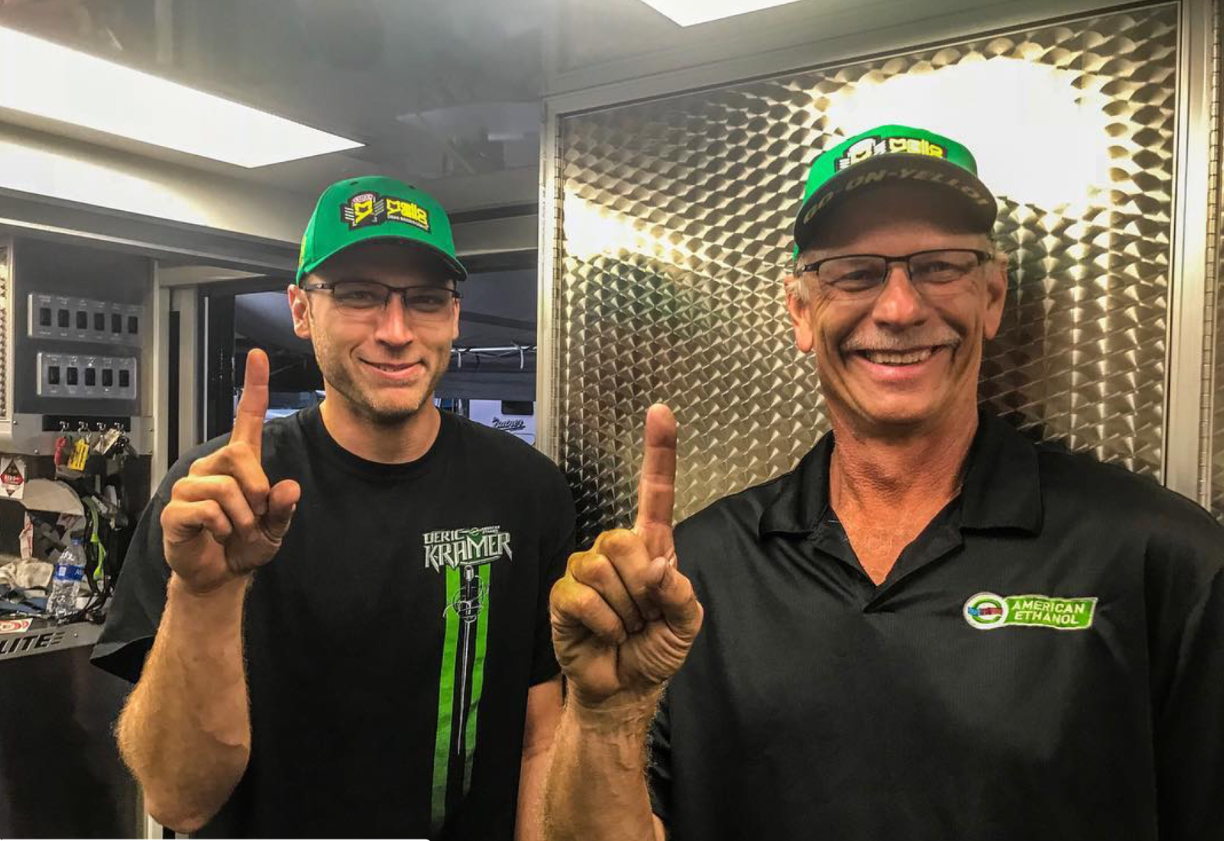 Last weekend’s Mile High Nationals at Bandimere Speedway was a particularly special race for American Ethanol driver Deric Kramer. Deric has had a phenomenal season so far in the NHRA Pro Stock Series, earning his first-ever pole qualifying spot, runner-up finish, and Pro Stock series win earlier this year. Last weekend at Bandimere was Deric’s first opportunity to race at his hometown track as an NHRA Pro Stock series winner, and he did not disappoint. Deric made a big splash in front of the hometown fans, once again earning himself the top qualifying spot and ultimately bringing home a top 5 finish. 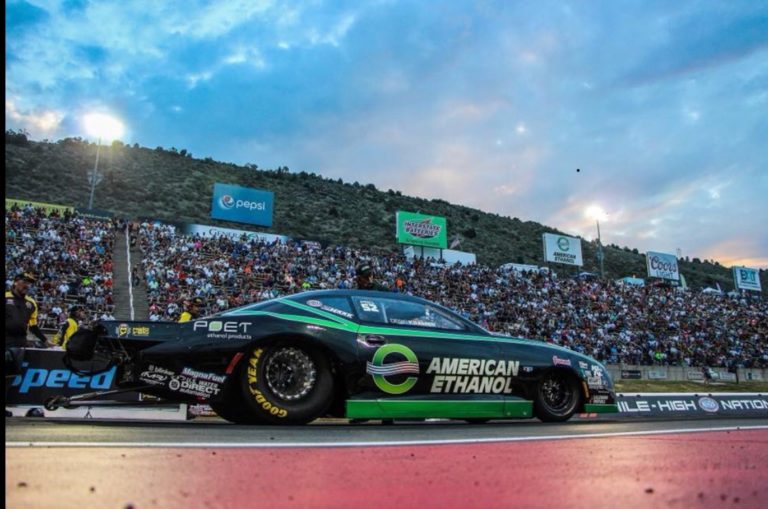 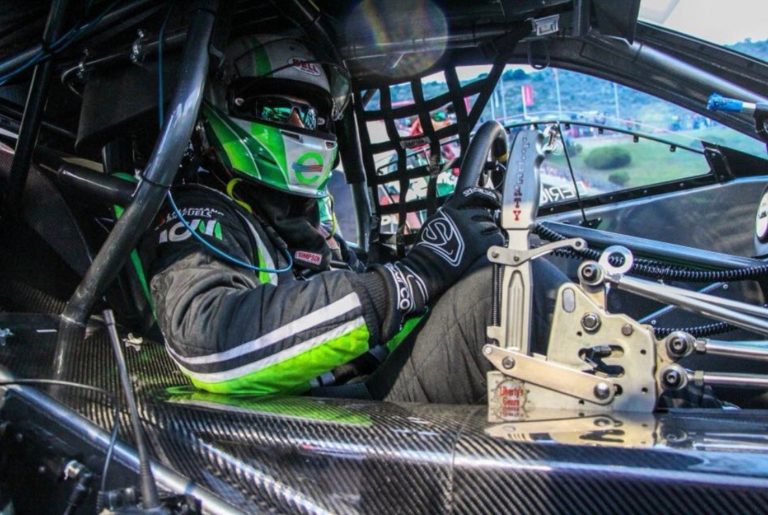 Making the weekend even more special, Deric raced alongside his father, Dave Kramer, who also qualified in the top spot in the NHRA Competition Eliminator series! The entire American Ethanol team was thrilled to cheer on this father-son racing duo as they put on a show in front of their hometown crowd. The Kramer family has been involved in the ethanol industry for years, and we are proud to have them represent American Ethanol on and off the track. 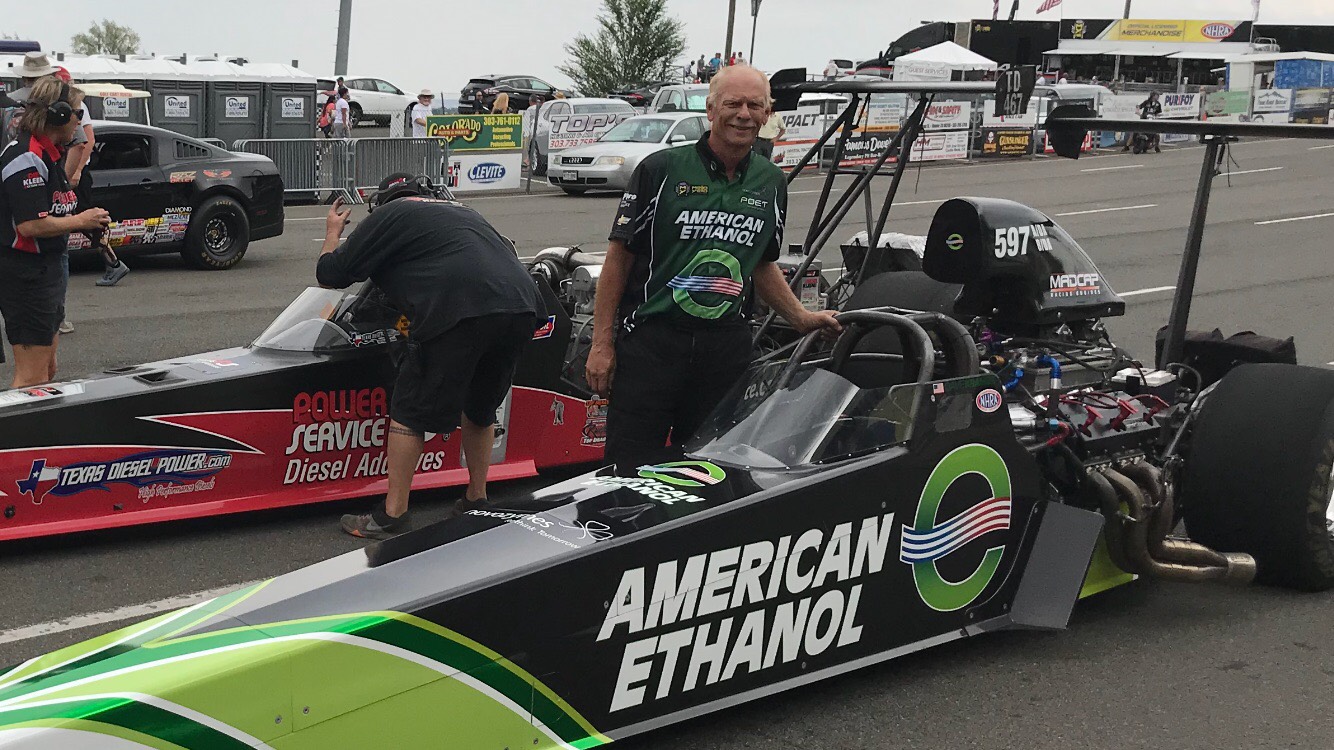