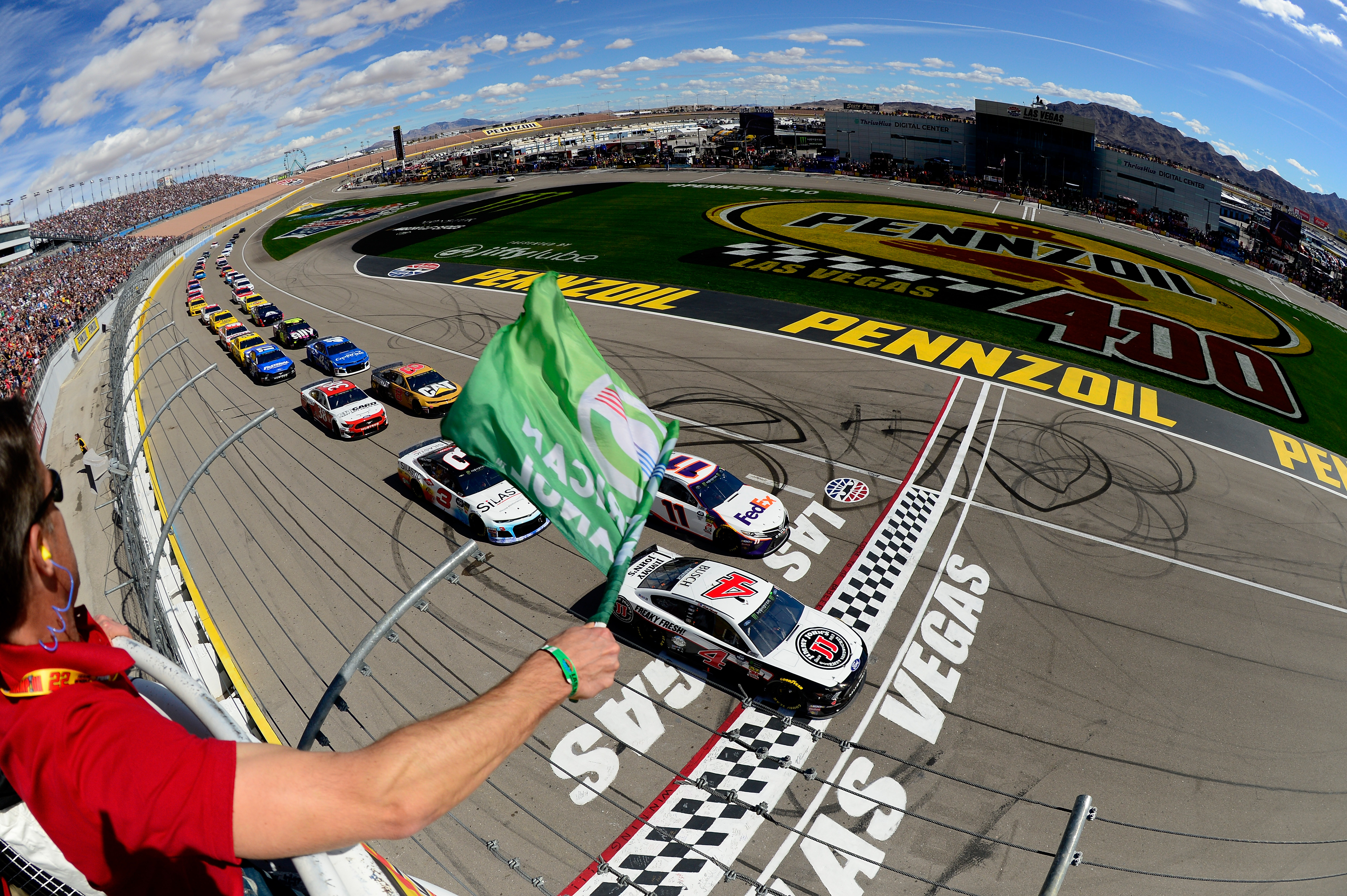 Austin Dillon and the No. 3 team had one of the fastest cars on the track last weekend at the Las Vegas Motor Speedway for the Pennzoil 400 presented by Jiffy Lube. Dillon led multiple laps during the race and consistently posted some of the fastest lap times in the field, but unlucky pit troubles and handling issues ultimately prevented him from achieving a top 10 finish that would have otherwise been very much in reach.

“We had a really fast Dow Silastic Silicone Elastomers Chevrolet Camaro ZL1 throughout the weekend,” Dillon said. “We raced as high as second in Stage 1 even though we were battling a loose-handling chassis and lacked grip. During the first round of pit stops, we were penalized for having an extra man over the wall when one of the crew guys slipped and had a hand touch pit road. The penalty put us one lap down and altered our race strategy slightly, but we were able to take the wave around at the Stage 1 break and get back on the lead lap. After pitting under green in Stage 2, we were posting the fastest laps of everyone and went to work on regaining track position. We stayed out a little longer than everyone else during green-flag pit stops in Stage 3 and ended up leading a few laps. Unfortunately, the car’s handling became much too tight in the final Stage. I think we had a top-10 car, just never got the track position we needed. We ended up 20th and definitely learned a lot about this new package.”

Austin Dillon and No. 3 Team Dialing in and Adjusting to New Racing Package 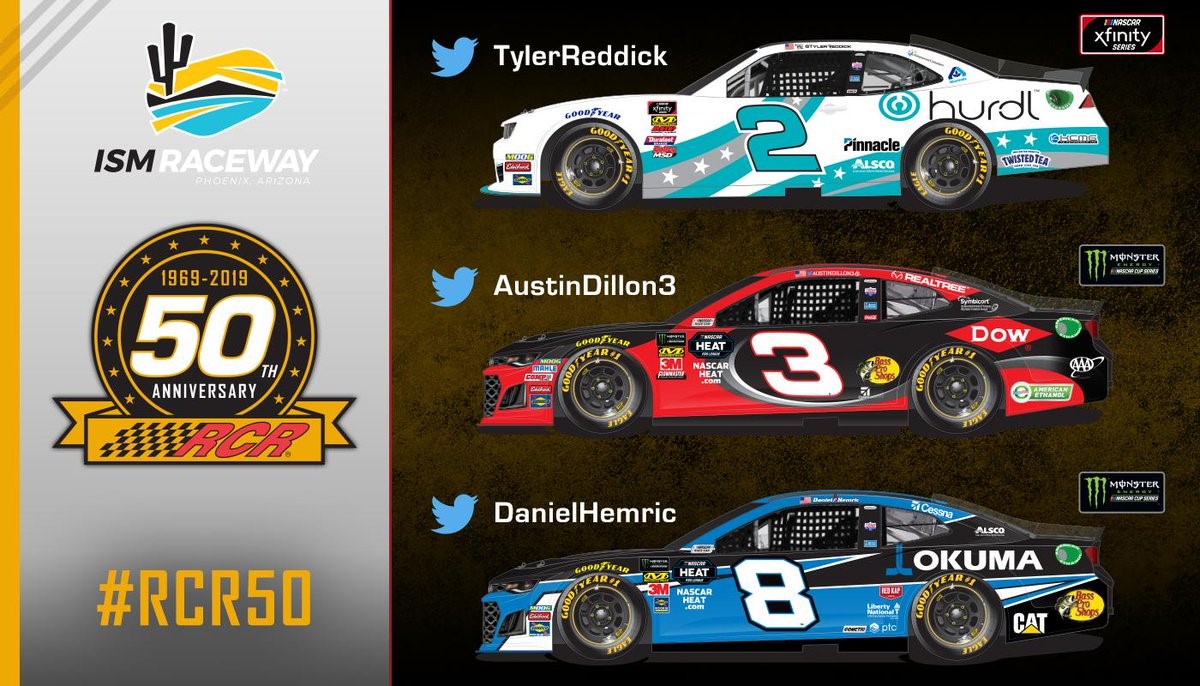 One common misconception among casual NASCAR fans or those with only a passing knowledge of the sport is that the racecars are essentially the same year after year, but that is not the case. In fact, drivers must frequently adapt to new rules packages, usually in an effort to increase competition and parity. In 2019, two new baseline rules packages were introduced for the Monster Energy NASCAR Cup Series season that pertain to aerodynamic and engine configurations. Heading into this weekend’s Ticket Guardian 500 at ISM Raceway, Austin Dillon spoke about what these changes mean for him and his team:

“This new package changes a lot. We’re guessing a little bit on the balance of the racecar. We feel like we know what we’re going to do and what is going to happen, but there is a little bit of toss up involved. Whatever the balance of your racecar is, it’s going to intensify a lot around other cars. We’ll do our job to try and adjust on it. There’s still a little bit of an unknown. We’re starting from scratch again and building an entire new notebook. You can look back at some Truck Series stuff and some Xfinity Series stuff but, in reality, we are creating an entire new notebook in order to figure out what the car needs in traffic and out front. It’s a game changer at all tracks, including ISM Raceway.”

When asked how the team is positioned this year compared to the end of last year, Dillon talked at length about the amount of work that goes into getting the No. 3 and No. 8 teams at Richard Childress Racing dialed in to competing at the highest level:

“I feel like RCR has done a great job with this package and really put the effort into it. The credit goes to our competition department, Eric Warren and Andy Petree. They’re really pushing it together. And then our crew chiefs, Danny Stockman and Luke Lambert, who are working together as well. At Atlanta, we had one car running really well and our car was not as strong. That was RCR trying to maximize that first race to see which direction we needed to go with our cars. I felt like we found that direction with the No. 8 (Daniel Hemric). The biggest thing is game planning. I’ve been vocal on the radio the last two weeks because I feel like the potential is there for us to get one of these races early. So, the stress level is a little bit high because we’ve got the speed and executing with that sometimes can raise the stress level. I’m trying to harp on our guys as best we can to create less margin of error when we get out there. The No. 3 and the No. 8 team are going to be able to push each other all year. Daniel is a great driver, and to have him over there with me working together, I feel like we can accomplish some good things. We’ve got some really smart people at RCR.”

Tune-in to the Race!

The Ticket Guardian 500 will be televised live on Sunday, March 10 at 3:30 p.m. Eastern time on FOX. It will also be broadcast live on the Motor Racing Network and SiriusXM NASCAR Radio. 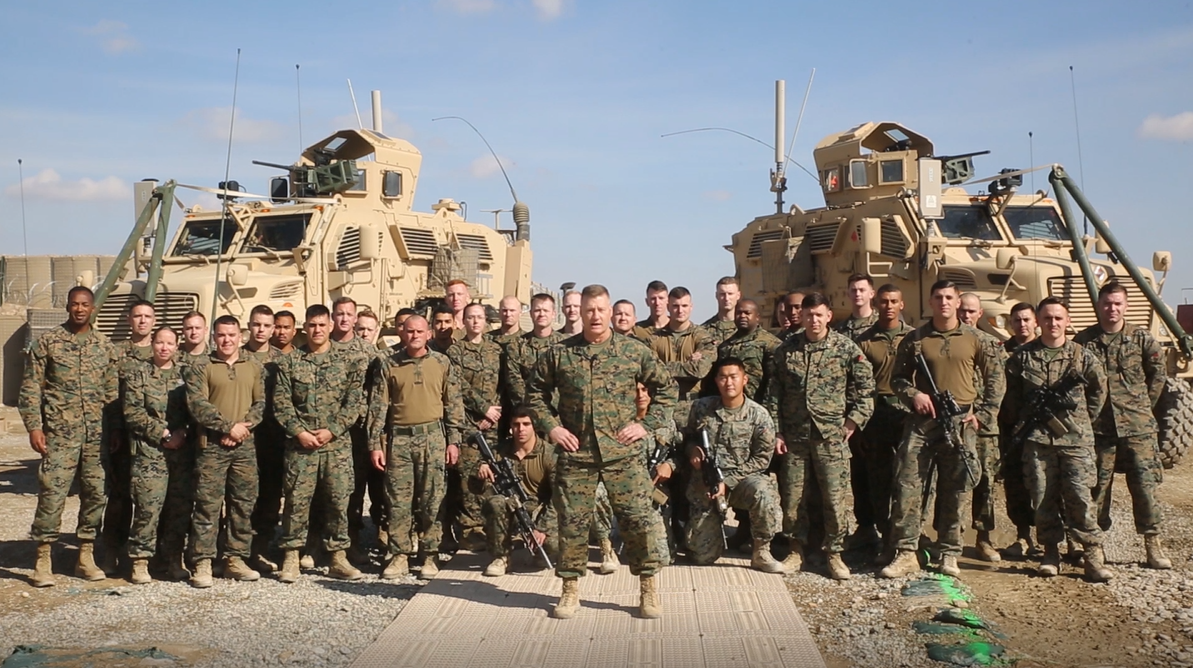 Though NASCAR races are held here in the United States, racing fans can be found across the globe. Recently, a U.S. Marine unit – Taskforce Southwest – stationed at Camp Shorab in Afghanistan, recorded an awesome “Start Your Engines” clip that was played on the jumbotron to kick off the Folds of Honor QuikTrip 500 at Atlanta Motor Speedway on Sunday, February 24. Hospital Corpsman 3rd Class Mike Vincent was among this group of American heroes who recorded the video. Mike’s mother, father, and two brothers are all long-time employees of Kansas Ethanol – a Growth Energy member.

Mike participated in Growth Energy’s “American Ethanol Salutes” campaign last year where we host military veterans and their families at the Daytona International Speedway for a VIP experience during the Coke Zero Sugar 400, which is the final race in the “NASCAR Salutes” program. The program runs from Memorial Day weekend through Independence Day weekend and honors the brave men and women who have served or are currently serving in the U.S. Armed Forces. The experience made Mike a lifelong NASCAR and Austin Dillon fan, and we were honored to host him and his fellow veterans.

The video clip can be found here. 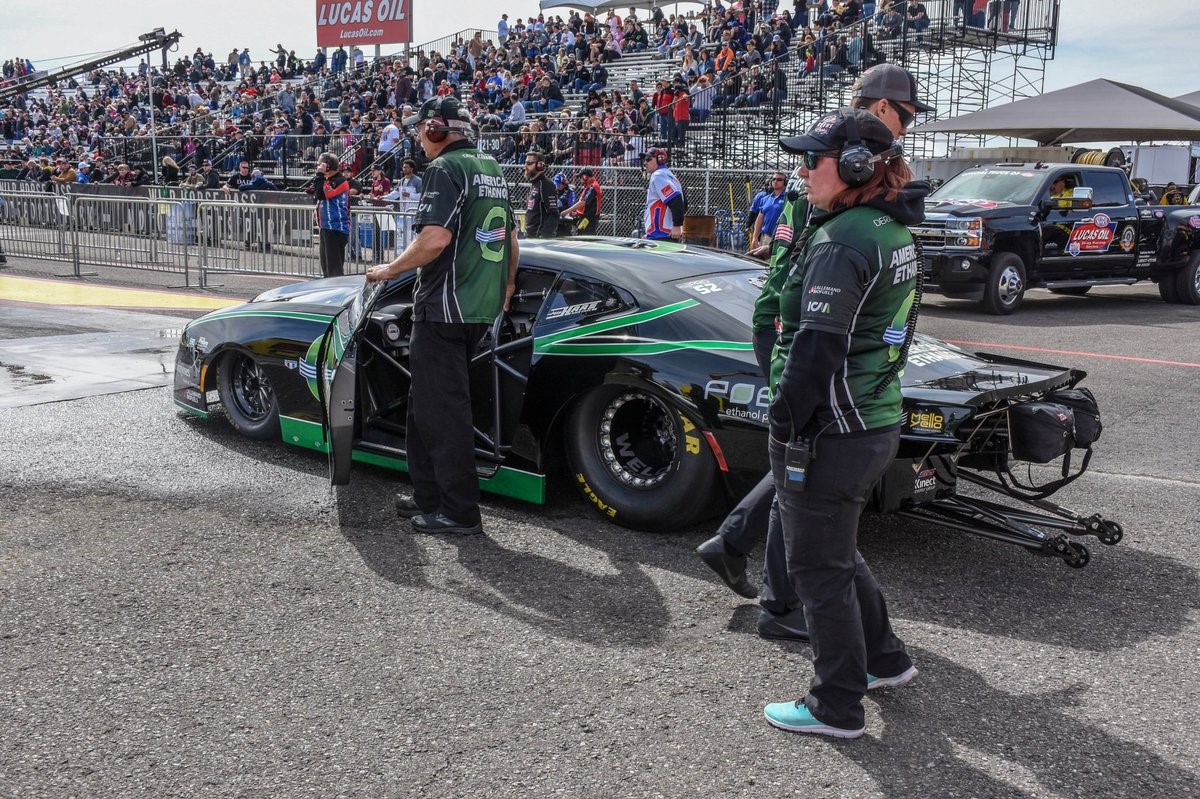 The NHRA Pro Stock series is well underway, and Deric Kramer and his American Ethanol team have picked up where they left off in 2018 – with one of the fastest cars in the series! After just two races, Deric already has a semifinal appearance under his belt, and it’s only a matter of time until he’s back in victory lane – a place he grew very familiar with last year. As Deric said after his last outing at the Magic Dry Organic Absorbent NHRA Arizona Nationals, “Pretty solid outing at the Arizona Nats today for team American Ethanol. [We] came up a little short in the semis to Matt Hartford, but we’ve got a hot rod. We’re consistently one of the fastest cars in the class and I have my team to thank for that.”

Deric and the American Ethanol team will have his Pro Stock Chevrolet Camaro back on the track on March 14 for the 50th Amalie Motor Oil NHRA Gatornationals.