Austin Dillon Shows Speed but Gets Tangled in Wreck in Charlotte

After qualifying fourth last weekend, Austin Dillon and the No. 3 team were poised for another big showing at Charlotte Motor Speedway where Dillon was gunning for his second-career Coca-Cola 600 win, but unfortunately a final-stage wreck knocked the No. 3 car out of commission. Though the end result was disappointing, it was an overall encouraging showing from the No. 3 team.

“I’m disappointed because we had a fast Coca-Cola Zero Sugar Chevy Camaro ZL1 all weekend, so I thought we would have a stronger race today then what we did,” said Dillon. “We were a victim of circumstance, but that’s what happens in racing sometimes. We worked hard throughout the race to adjust our car and keep up with changing track conditions, but our race ended early after an accident during the final Stage. I saw the No. 42 car spinning. I don’t know if it would have turned out in our favor if I would have slowed down and tried to get stopped, but I saw a gap so I made the decision to go all the way to the left to try and get through it. Unfortunately, it didn’t work. It’s part of it. We’ll be ready for Pocono Raceway next week.” 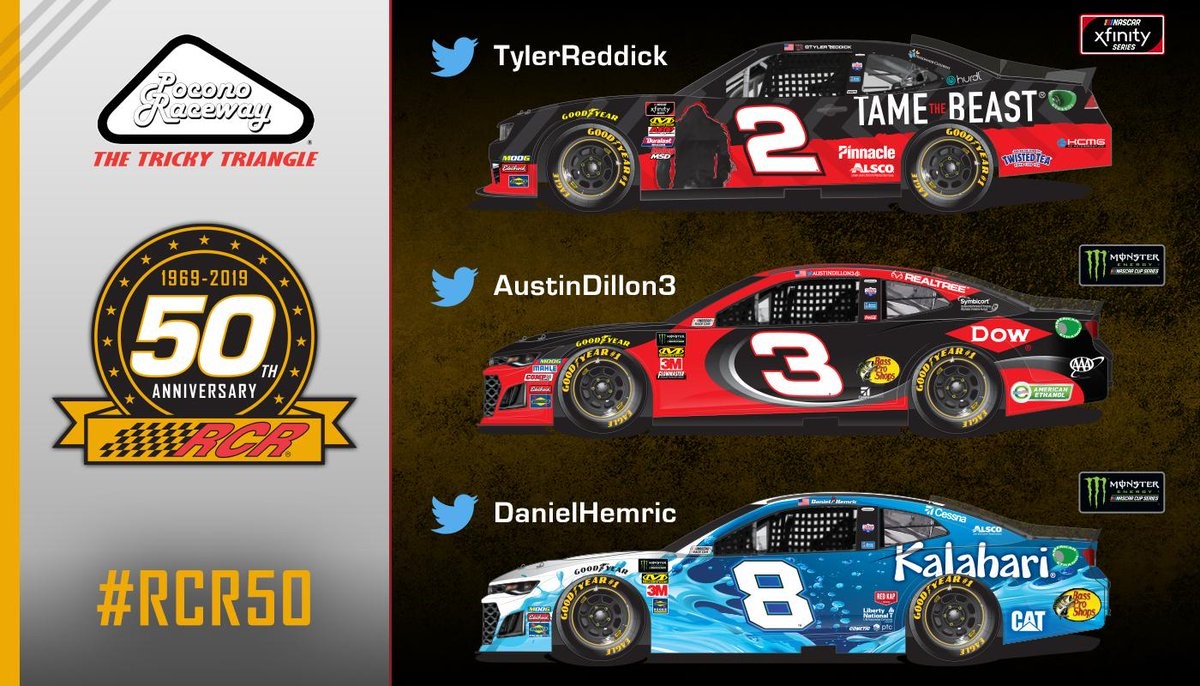 Austin Dillon and the No. 3 team are ready for action in this weekend’s Pocono 400 at Pocono Raceway, which is known for its unorthodox rounded triangular shape. Dillon talked about the experience of competing at this unique track.

“Pocono is definitely unique. It helps get drivers ready for the road courses on the Monster Energy NASCAR Cup Series schedule because shifting comes into play. I enjoy Pocono Raceway. It’s a high speed, high paced track. Turn 2 at Pocono is always tough. You’ve got to carry some speed to set-up your entry to Turn 3, but the long straightaways are what matter. So, if you can get off the corners with the long straights you will be running well.”

The Pocono 400 at Pocono Raceway will be televised live on Sunday, June 2 at 2 p.m. Eastern time on FOX Sports 1. It will be broadcast live on the Motor Racing Network and SiriusXM NASCAR Radio. 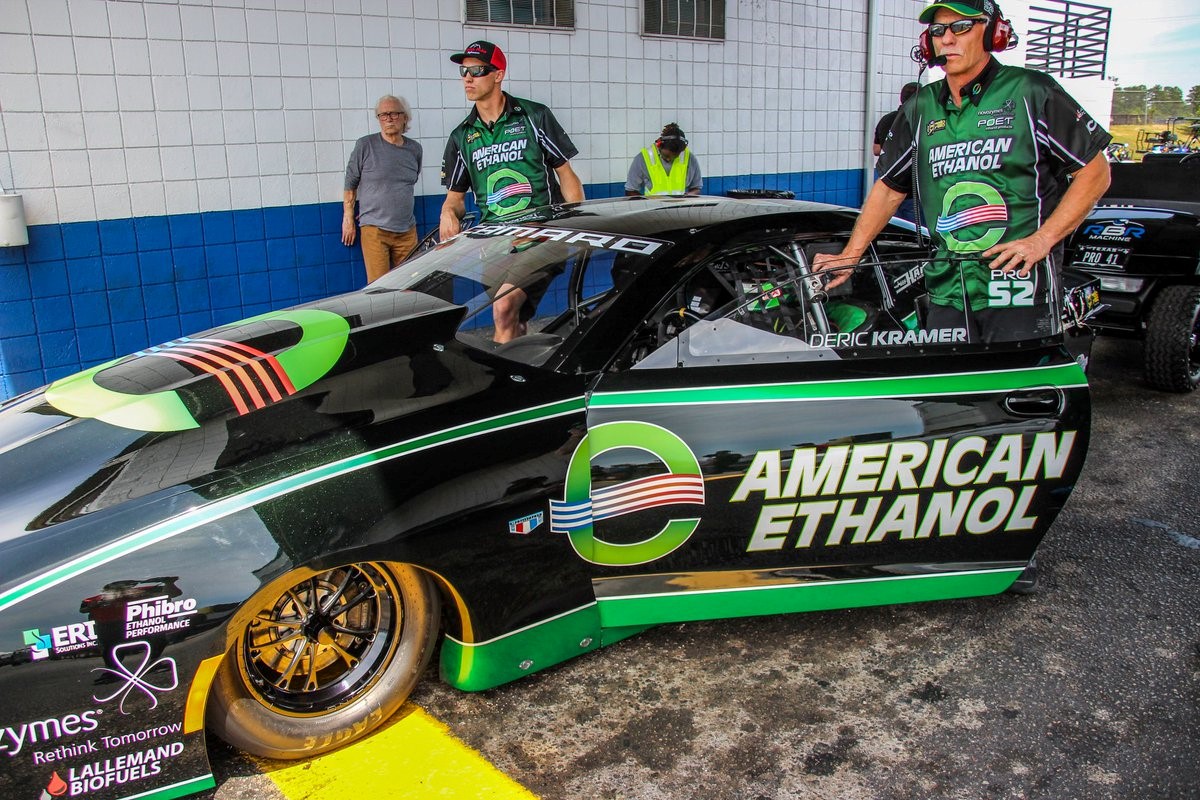 Deric Kramer and the American Ethanol Chevy Camaro will be back on the drag strip this weekend at the Route 66 NHRA Nationals in Chicago. Kramer and team are aiming for their first trip to victory lane this season in the ultra-competitive NHRA Pro Stock series, where mere milliseconds separate drivers from advancing through elimination rounds. Head over to the NHRA website to see the weekend race schedule, and be sure to follow Kramer on Facebook and Twitter and check back next week for an update on how the American Ethanol team fared in Chicago. 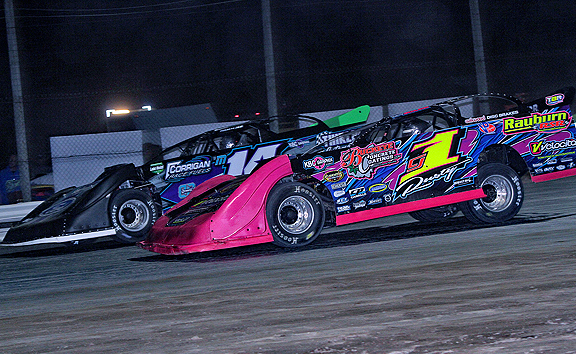 May was supposed to be the busiest month in the history of the American Ethanol Late Model Tour (AELMT), but a string of bad luck with weather conditions caused many of the scheduled races to be cancelled or postponed, including the Indiana Ethanol Producers 40 originally scheduled for Saturday, May 4 at Montpelier Speedway. Fortunately, the race has been rescheduled for tomorrow – Saturday, June 1.

Defending Tour Champion Brandon Thirlby has maintained his success so far this year, currently sitting 33 points ahead of Travis Stemler for first place. Thirlby will look to widen his lead this weekend at Montpelier but will face stiff competition from the rest of the field including Stemler, 2018 DIRTcar UMP National Champion Rusty Schlenk, and fifth-place driver Eric Spangler.

Gates open at 3 p.m. Saturday with the first American Ethanol green Flag flying at 6:30 p.m. to start the feature event. Head to AELMT.com for more info.

ICYMI – The Inside Story: Kevin Harvick Presented by American Ethanol

In case you missed it, American Ethanol partnered with Richard Childress Racing (RCR) to present a video from RCR’s awesome “Inside Story” campaign. The video series pulls back the curtain with personal interviews with key members – past and present – of the RCR team to celebrate RCR’s 50th anniversary. This video features former longtime RCR driver and NASCAR Cup Series Champion Kevin Harvick. Check out the full video on our Facebook page or watch a shorter version on Twitter for some great racing history!