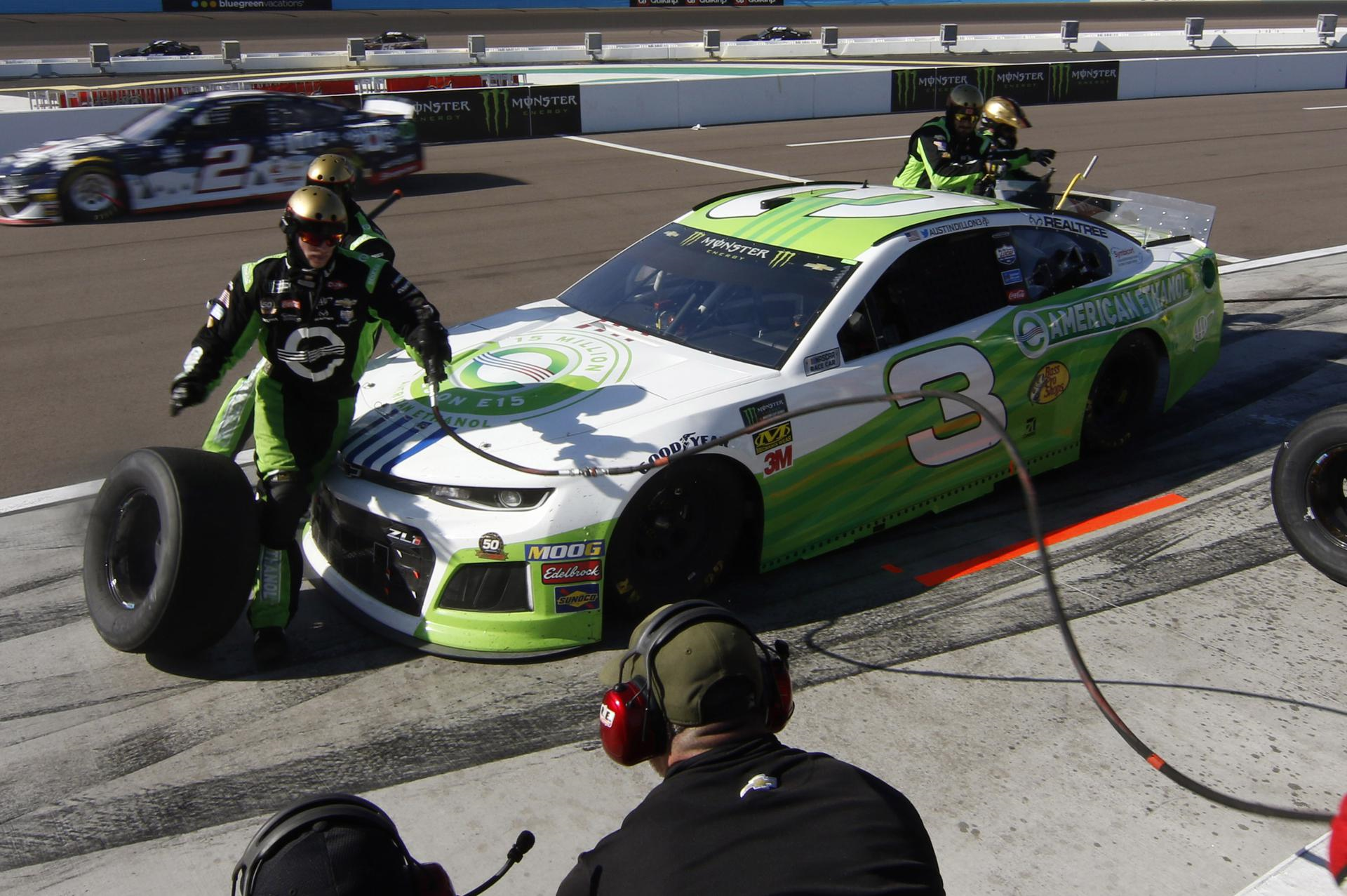 Austin Dillon piloted a special American Ethanol No. 3 car in last weekend’s Bluegreen Vacations 500 at ISM Raceway in Phoenix. The No. 3 car sported a special-edition ‘15 million miles on E15’ hood logo as part of last weekend’s celebration of the sport’s incredible milestone.

“I want to thank everyone at American Ethanol and congratulate them on earning a huge milestone in our sport this weekend with 15 million miles driven on E15,” said Dillon. “Even though we didn’t qualify as well as we had hoped, we had a lot of confidence that we were going to have a solid day in the No. 3 American Ethanol Chevrolet at ISM Raceway. Danny Stockman and the No. 3 American Ethanol team did their best to make improvements throughout the race, including making a big swing at adjustments during a pit stop between Stages 2 and 3. We ended up with a pass-through penalty at the end of Stage 3 for speeding exiting pit road, and that put a further damper on our day, even though our Chevrolet was definitely handling better towards the end of the race. We know we can improve on this, so we’ll go back to the drawing board on this one. We’re looking forward to the season finale at Homestead-Miami Speedway next week and ending the season with a strong run.”

In case you missed it, we released a promotional video to show-off the special milestone graphic on the hood of the No. 3 car. And to further promote the benefits of E15, NASCAR issued a press release quoting Growth Energy CEO Emily Skor on the significance of NASCAR’s 15 million miles driven on E15, tweeted out a hype video to highlight the milestone, and featured the American Ethanol No. 3 car on its paint scheme preview page before the race.

Former Growth Energy board chairman Jeff Broin also joined in the festivities by giving an interview on the Motor Racing Network (MRN) during the race to share his perspective on the importance of biofuels on and off the racetrack.

Austin Dillon will look to end the 2019 Monster Energy NASCAR Cup Series season on a high note at the Ford EcoBoost 400 at Homestead-Miami Speedway. The race will be televised live on Sunday, November 17 on NBC Sports Network at 3 p.m. Eastern time. It will also be broadcast on the Motor Racing Network.

Deric Kramer heads to the Auto Club NHRA Finals at the Auto Club Raceway at Pomona in Pomona, Calif., for the final race of the 2019 NHRA Pro Stock season. Kramer is currently in seventh place in the Countdown to the Championship standings and will look to end his impressive season with yet another strong performance. Be sure to head to NHRA.com to see when and where to watch Kramer and the American Ethanol team this weekend. And don’t forget to show your support for Kramer by following him on Twitter and Instagram! 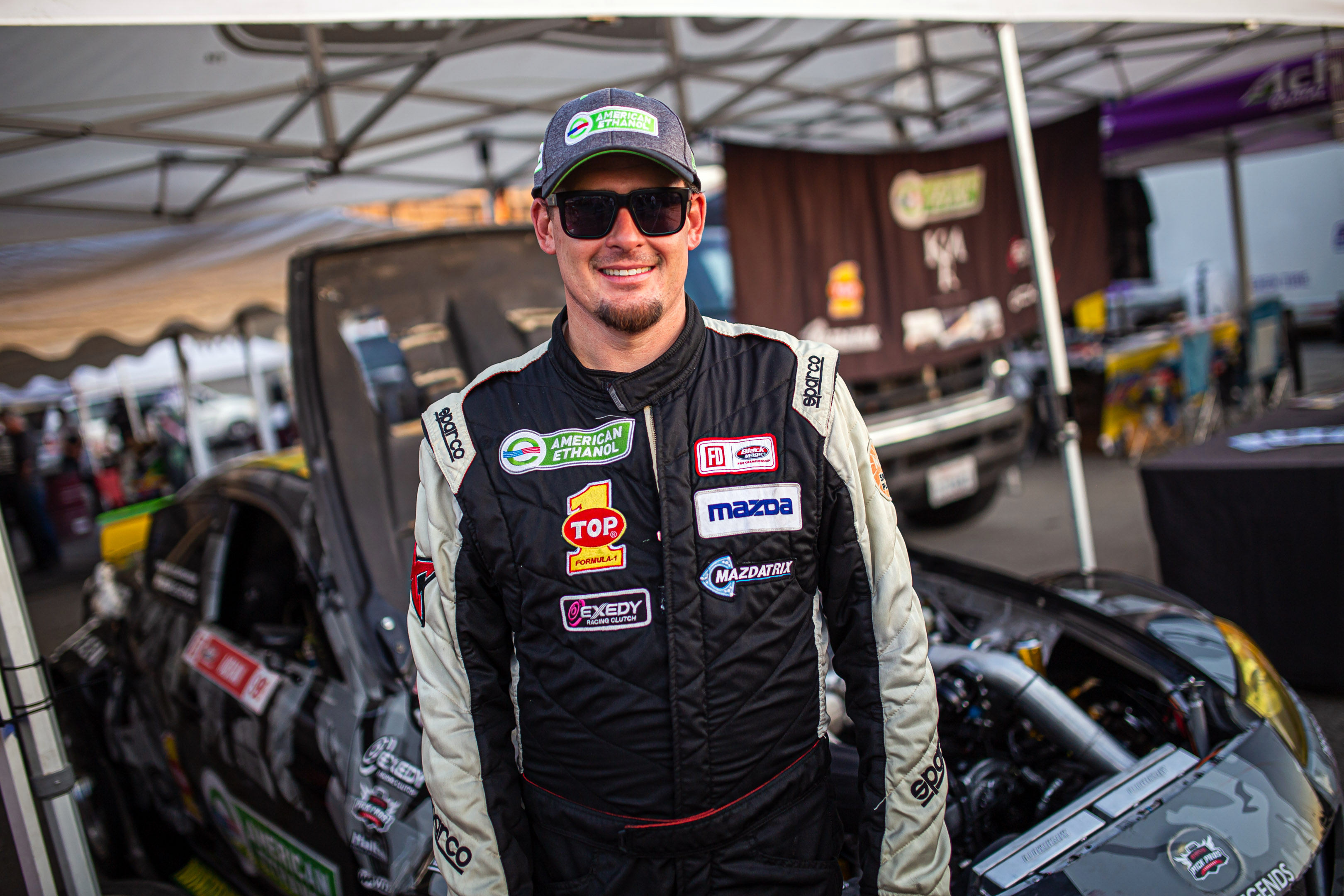 Kyle Mohan had his Mazda RX-7 show car on display at the 2019 SEMA Show in Las Vegas week, which was decked out in American Ethanol decals. He spent much of his time at SEMA interfacing with the automotive media and discussing his partnership with American Ethanol. Mohan also attended the Mazda SevenStock show – one of the largest Mazda gatherings in the country – and displayed his primary American Ethanol Mazda RX-8 that he used in Formula Drift competition this season. At the event, Mohan worked to engage representatives from Mazda USA around the benefits of higher ethanol blends.