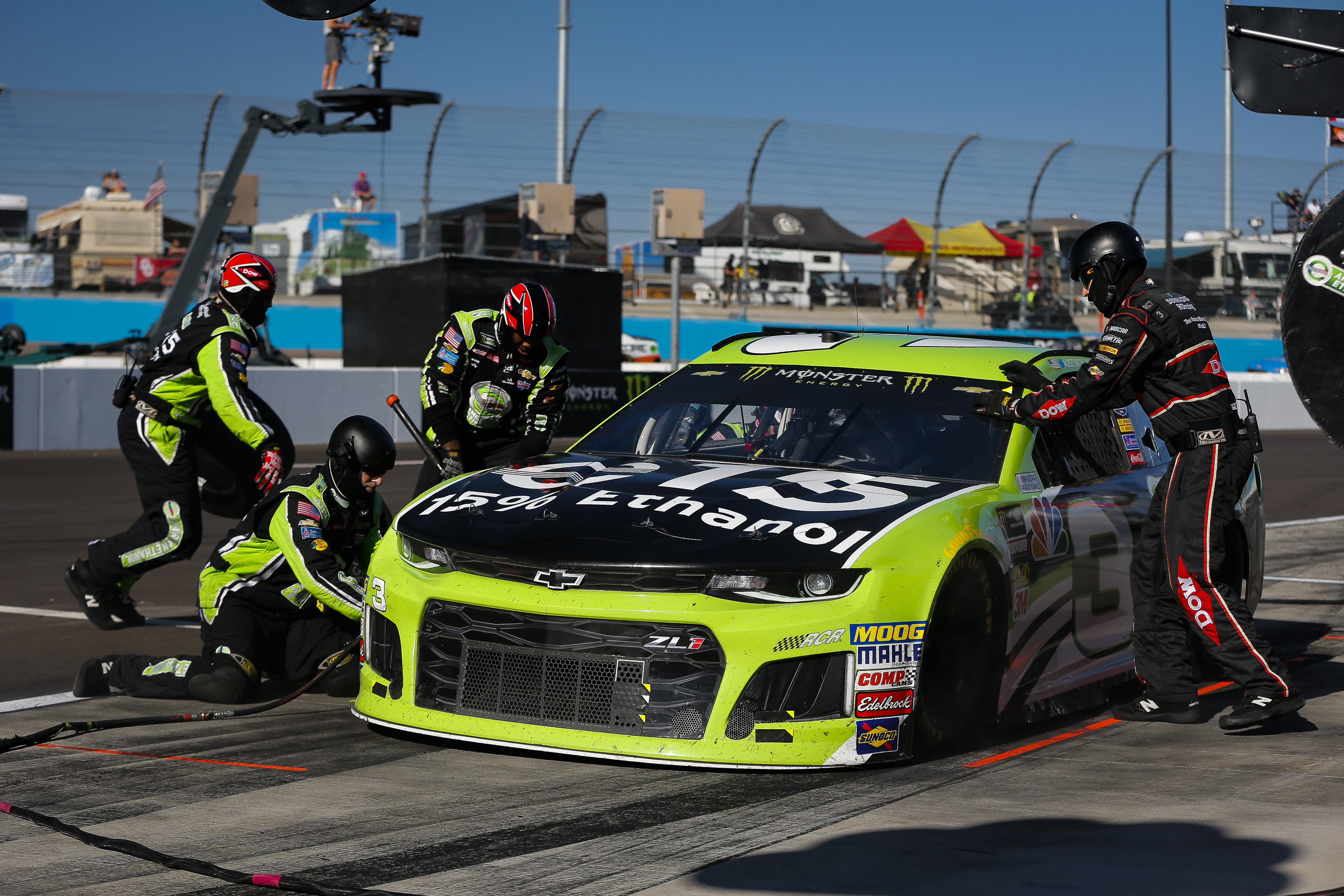 We had our final paint out of the 2018 NASCAR season last weekend at ISM Raceway in Phoenix, Ariz. for the Can-Am 500. Austin Dillon did not disappoint in the No. 3 American Ethanol e15 Chevrolet, earning an 8th place finish in the penultimate race of the Monster Energy Cup Series season! He had a great car all weekend and it showed on the track. We share Austin’s hope that he can finish the year out strong this weekend at Homestead-Miami Speedway.

“I’m really proud of this No. 3 team,” Austin said. “This was one of the best Chevrolet Camaros we have brought to the racetrack all season long. We had solid practices, a strong qualifying effort and a good start to the race. We were able to earn points in both stages, but we made one adjustment that hurt the handling of the car and then we’re caught on pit road right as a caution came out. These guys never gave up, though. We got the wave around and were able to make another adjustment that really helped this American Ethanol Chevrolet over the final run. We also had a little luck on our side as we were able to avoid that big wreck late in the race. We’ll take this eighth-place finish and try to end the season on a high note at Homestead-Miami Speedway.”

In addition to his iconic Daytona 500 win and third-consecutive NASCAR Playoffs appearance, Austin snagged two top 10 finishes in the American Ethanol Chevy this year, rounding out another thrilling, successful Cup Series season. We look forward to being back on the track with Austin and team in 2019. 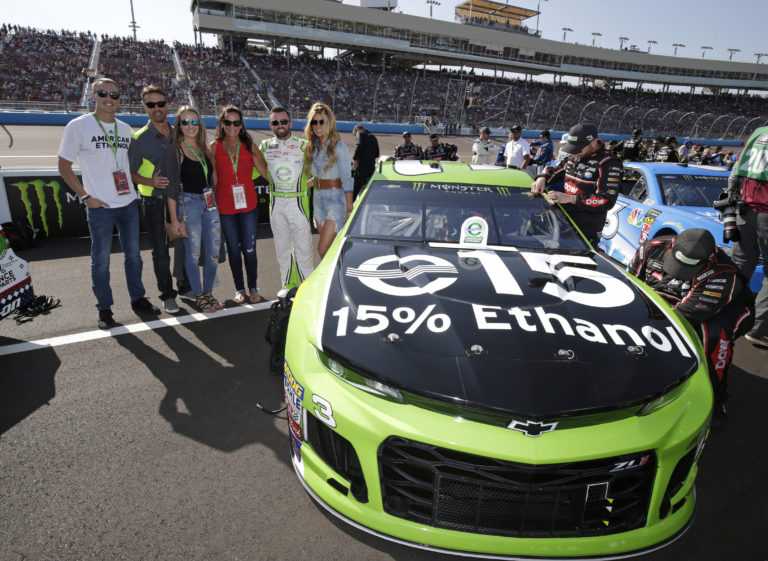 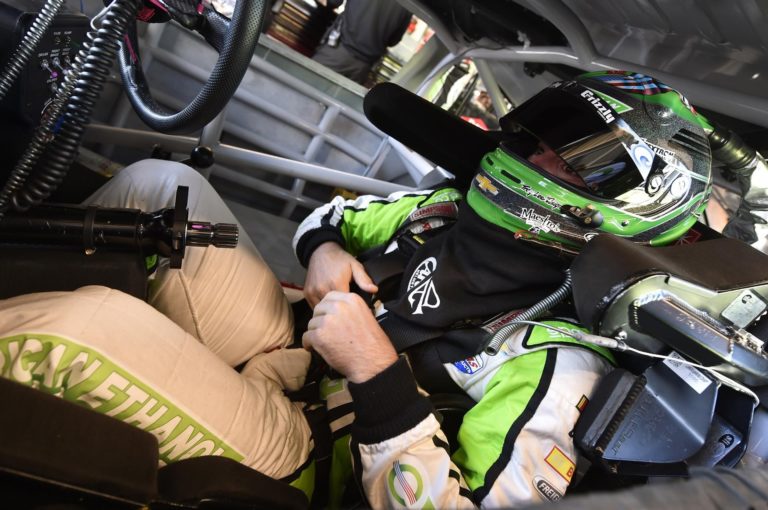 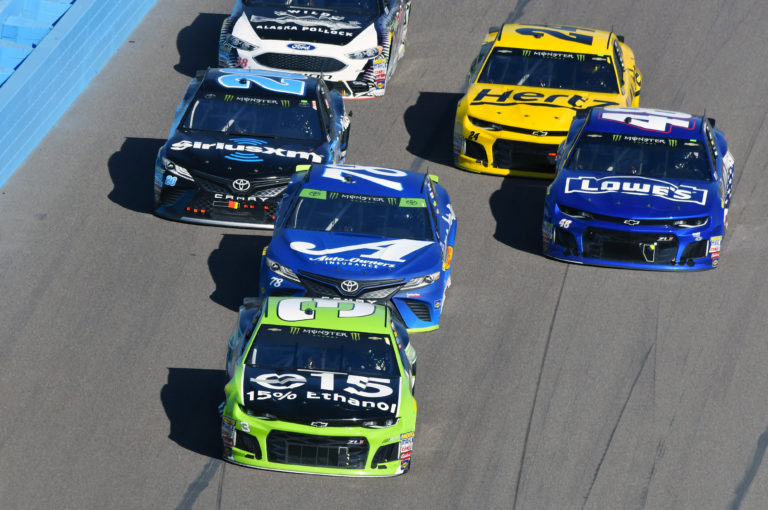 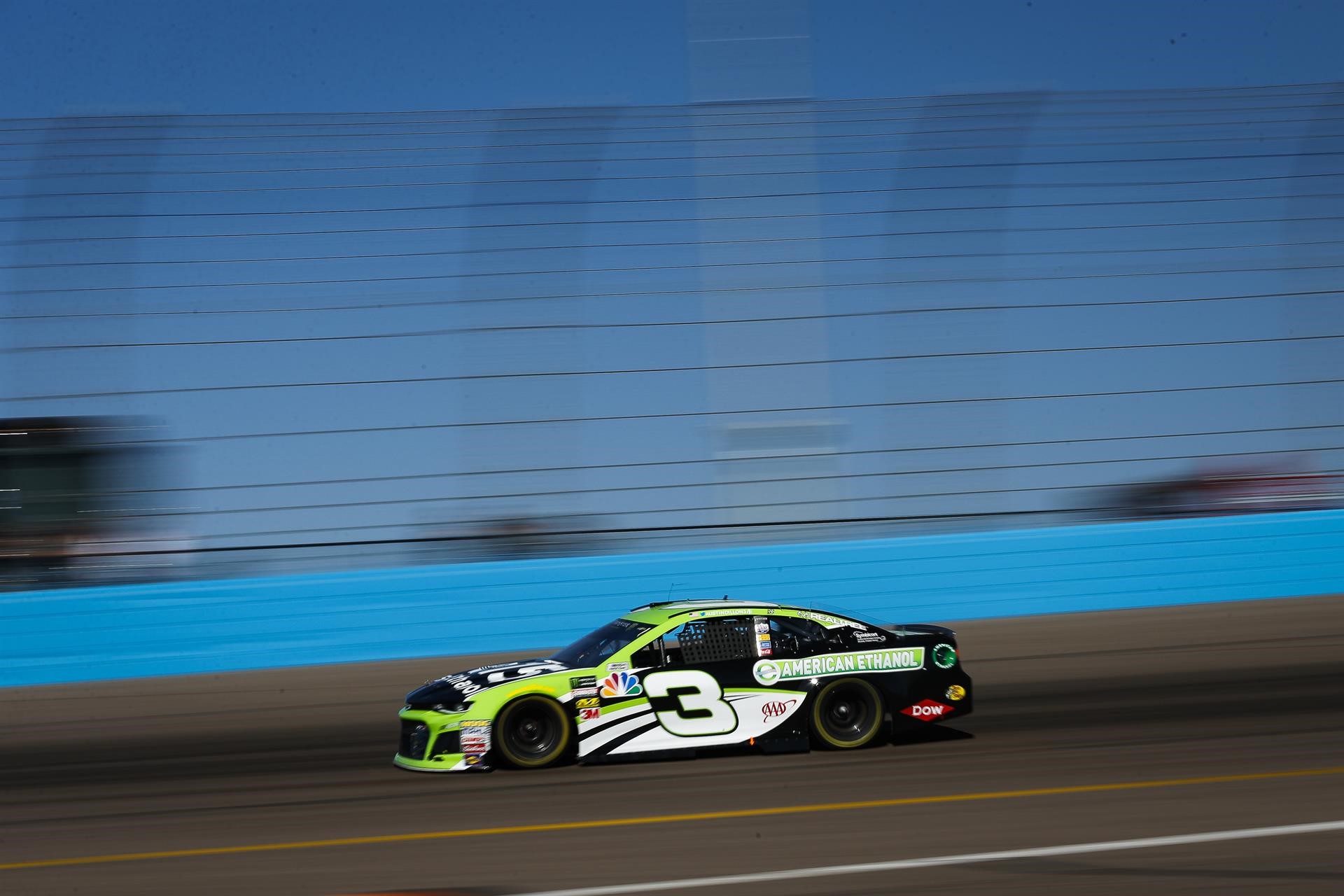 The Monster Energy NASCAR Cup Series season comes to an end this weekend at Homestead-Miami Speedway for the Ford Eco-Boost 400, where the 2018 Cup Series Champion will be crowned. It’s sure to be a thrilling race. Joey Logano, Kyle Busch, Martin Truex Jr., and Kevin Harvick make up this year’s “Championship 4,” who are eligible to win it all this year after the playoff grind, and three of those four (Truex Jr., Harvick, and Busch) have won Cup Championship in the past. Logano is seeking his first-career Cup Series Championship.

Austin Dillon, for his part, is looking forward to the challenge and intensity that awaits at Homestead. “We all wait for Homestead-Miami Speedway all year,” Austin explained. “It’s one of the best tracks. I think it’s the most driver-friendly track. It’s fun. Actually, it’s not really friendly because you can get into the wall pretty easily, but it’s so much fun to run right up against the fence. You have to be disciplined in how you drive that track and save your tires. It’s an epic race. It’s always intense.”

According to Austin, “Everybody is worn out at that point [by the Homestead race], but you’re in that grind session and you’re just trying to finish off strong and on a good note.”

Tune in for the Final NASCAR Race of 2018 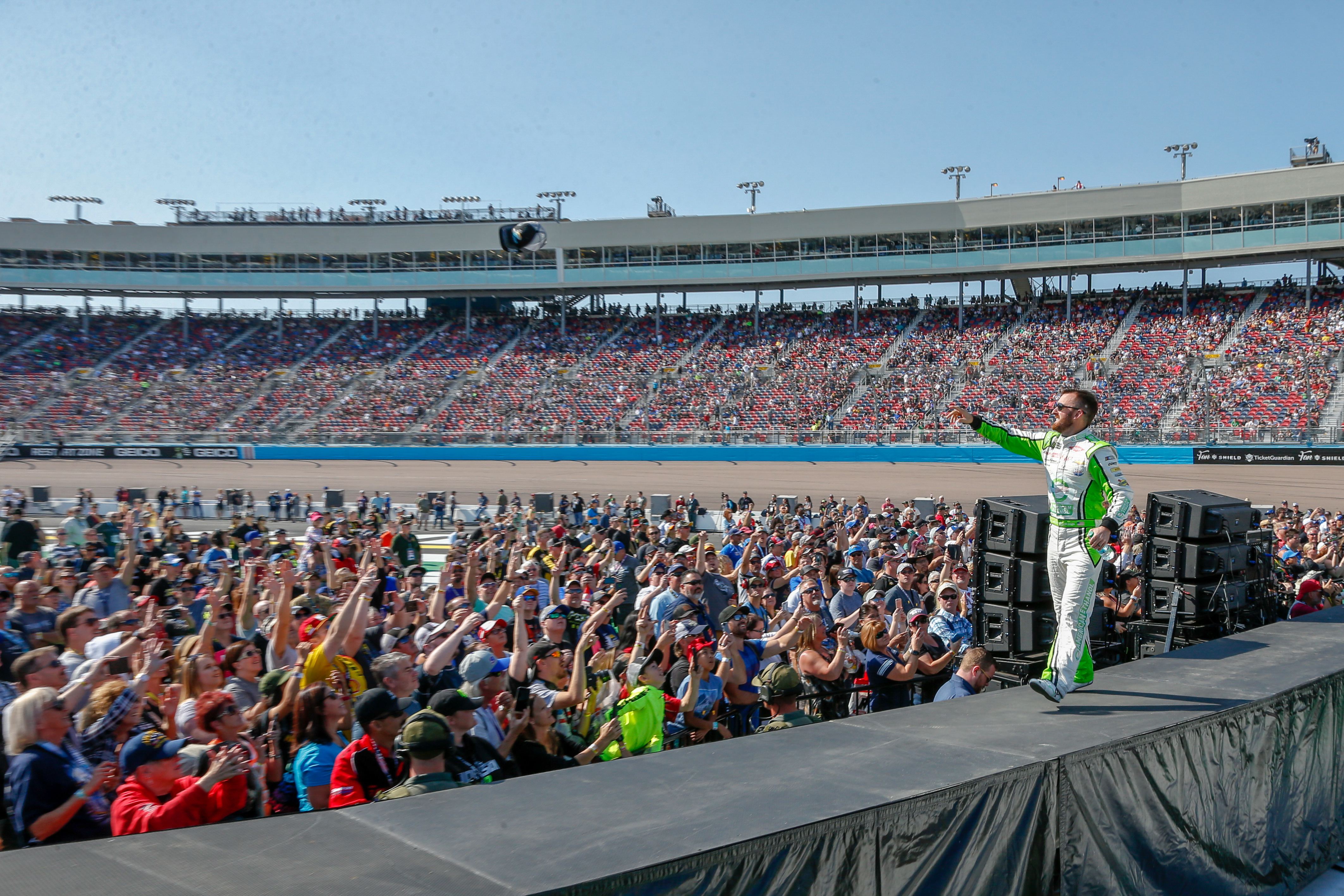 The Ford Eco-Boost 400 at Homestead-Miami Speedway will be televised live on Sunday, November 18 at 3 p.m. Eastern time on NBC. It will also be broadcast live on the Motor Racing Network and SiriusXM NASCAR Radio.