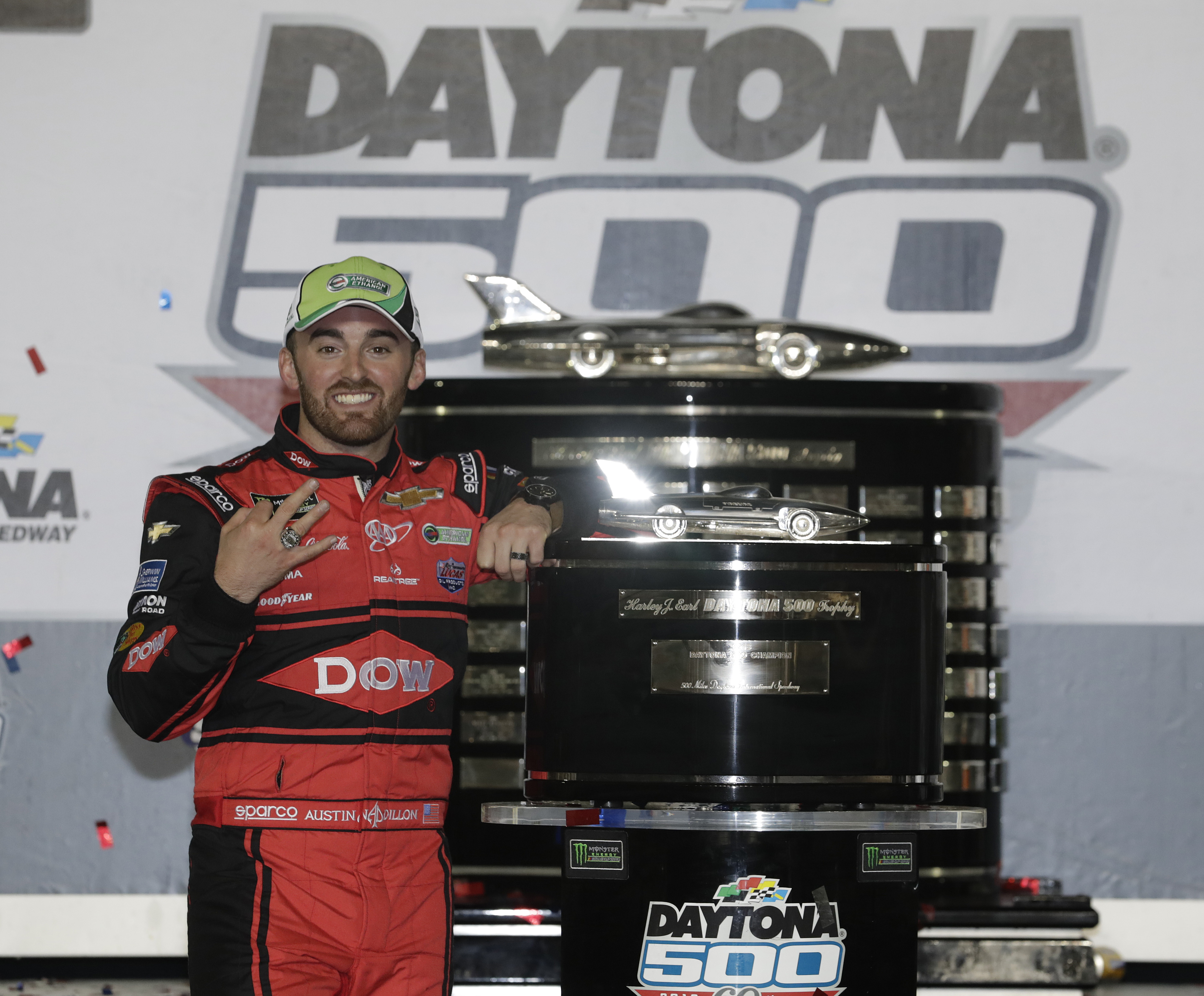 There is a lot more on the line to start the 2019 Monster Energy NASCAR Cup Series season than in year’s past, as Austin Dillon enters the biggest race in NASCAR as the defending Daytona 500 champion! Last year, Dillon captured the hearts of NASCAR fans everywhere by winning the race in an iconic fashion on the 20th anniversary of Dale Earnhardt’s only career Daytona 500 win in the legendary No. 3 car for Richard Childress Racing (RCR). The triumphant return of the No. 3 car to Victory Lane at Daytona reverberated throughout the entire sport.

Taking Stock of an Incredible Victory One Year Later

In preparation for the race, Austin Dillon looked back at the final moments of last year’s Daytona 500.

“Looking back at those last two laps, I knew we were in a great position. We were running fourth and in a position where you know you’re going to have a run at some point. We went into turn 1 on the final lap on the outside of Denny Hamlin and I knew that if he moved up it would create a great run for Bubba Wallace, which is what he did. He side-drafted me hard which gave Bubba a run off of Turn 2. When Bubba got to my back bumper I was thinking okay, the next move has got to be for the win because we’re going to have the momentum. We made a move and Aric Almirola did a good job trying to block the first one, but we carried so much momentum that everything happened right there. He turned into the wall and I looked in the mirror and we were still driving away from the field. I couldn’t believe it coming off Turn 4 and looking up and realizing no one could catch us. I had that feeling of ‘Wow. We are going to cross the start/finish line at the Daytona 500. It was a special moment.”

Austin Dillon is Hungry for More 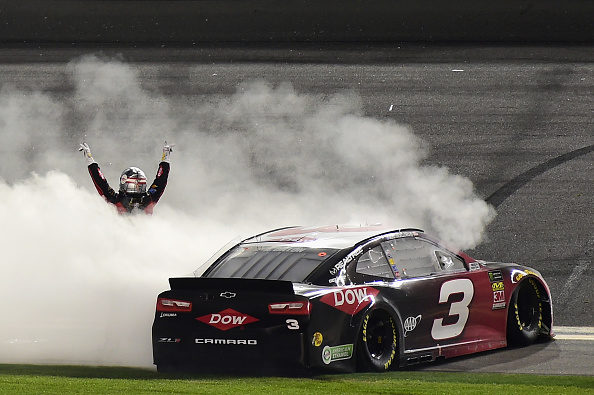 When asked what stood out the most after being crowned the Daytona 500 champion, Austin Dillon shared a story of a moment that he and NBA Hall of Famer Shaquille (Shaq) O’Neal shared that helped shape his drive for continued success.

“The Media car wash stands out. Going on Ryan and Kelly. I think my favorite interview of all was with Shaq. He did a podcast in Atlanta with me and he told me to take my Daytona 500 trophy, go to dinner with my mom and wife and after I’m done with dinner, give your mom the Daytona 500 trophy and say don’t give it back. You need to go win some more big trophies. I was like dang man, I just won the Daytona 500 and you’re going to tell me to go win more. And he said you’ve got to. It’s all about keeping that focus and pushing to win more big trophies. That sticks in my mind and makes me fired up.”

In case you missed the amazing story of Austin Dillon’s “lucky penny” at Daytona last year, there’s an update! Earlier this week, Dillon reconnected with Jordan Wade, the 12-year old boy who gave him the lucky penny before last year’s race, for a surprise visit at Disney World. If you haven’t heard the original story, be sure to check out the latest update which recounts the similar role a lucky penny played in Earnhardt’s Daytona 500 win.

NASCAR Gets Fans Pumped for Daytona 500 with American Ethanol

The ⏰ is ticking. We are fueled up and ready to go! #NASCAR #DAYTONA500

Be sure to check out this great video on NASCAR’s Instagram page that they shared to build excitement for the start of the 2019 season. It features a car being filled up on pit road with an emphasis on the American Ethanol fuel port and has been viewed over 30,000 times in the span of a couple days!