Austin Dillon to Debut No. 3 American Ethanol Chevy in Kansas 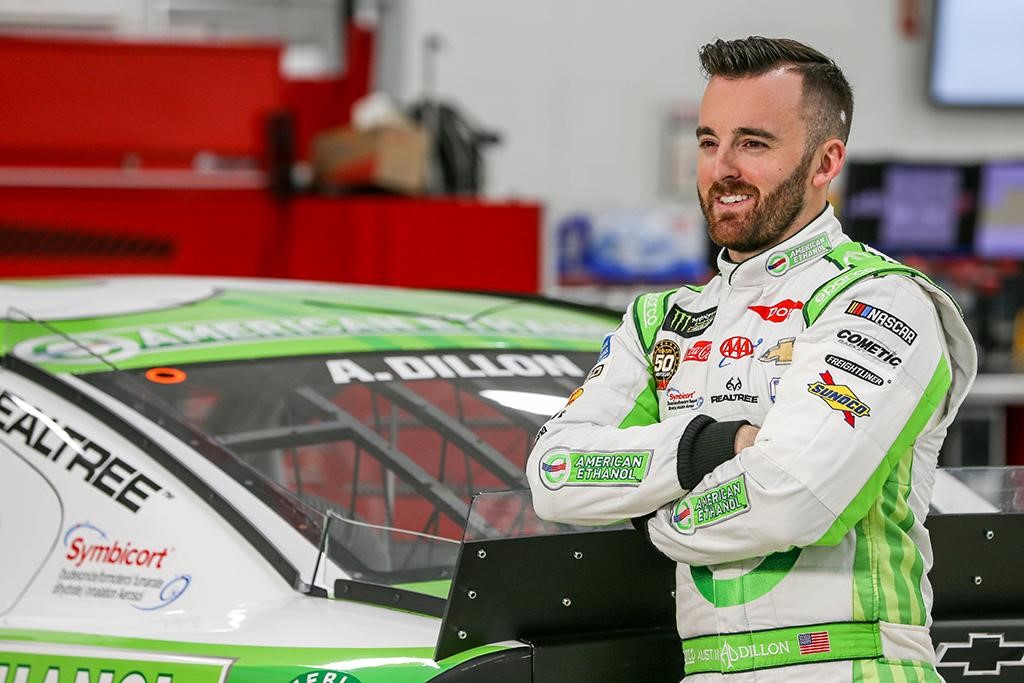 Austin Dillon will debut the newly re-designed No. 3 American Ethanol Chevy Camaro ZL1 this weekend in the Digital Ally 400 at Kansas Speedway! This is American Ethanol’s first primary paint out for Dillon this season, and we are excited that it is happening in Kansas, where he has previously finished in the top 10. When asked how Kansas Speedway stacks up against the other 1.5-mile tracks in the Monster Energy Cup Series, Dillon expressed excitement about the track conditions he expects to face:

“Kansas Speedway has done a really good job with their banking. There’s a line right up by the fence that has a little extra grip. There’s an angle up there that I don’t think many tracks have figured out yet, but Kansas got it right. You can run from top to bottom there. The bottom groove is the preferred groove at the beginning, but it becomes too tight to try and run around there in turns one and two sometimes depending on what the balance of your race car is. I’ve enjoyed that track a lot ever since they repaved it. I wish every track could do as good as a job as Kansas has with repaves.” 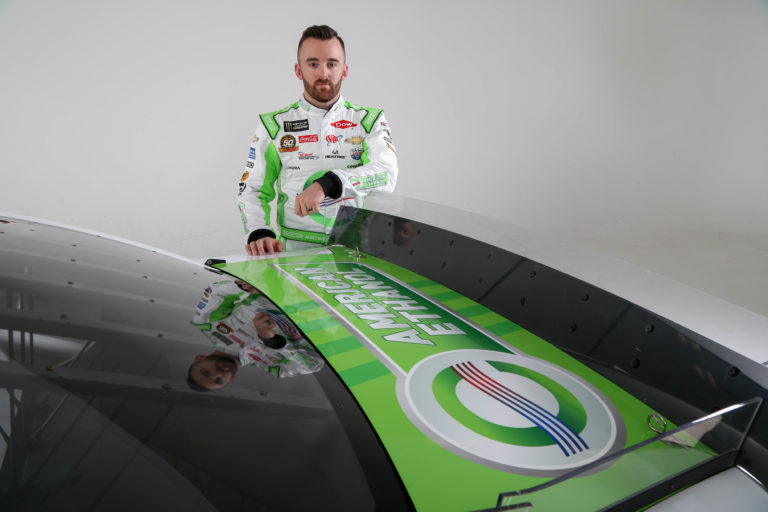 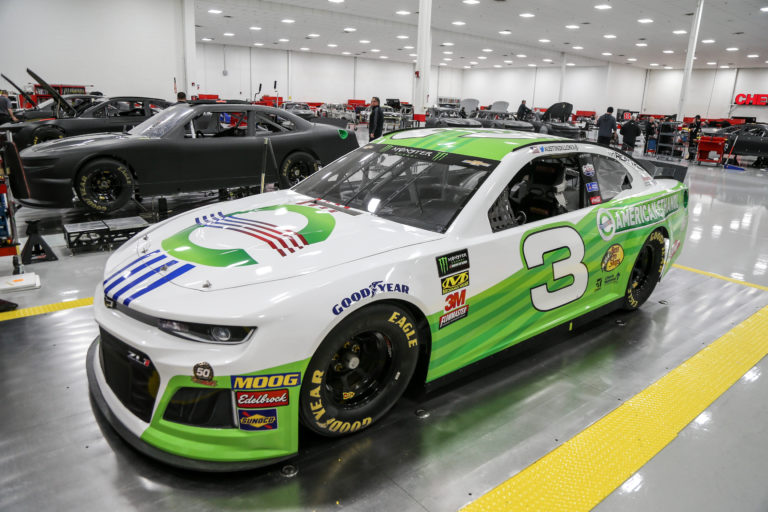 Dillon has achieved numerous impressive career milestones including Truck and Xfinity Series championships, multiple Cup Series playoff appearances, and last year’s iconic Daytona 500 championship. We hope that this weekend he will add his first-career Cup Series win while driving the American Ethanol No. 3 Chevrolet to his impressive list of accolades.

Stay tuned to our social media channels throughout this race weekend for updates on how the American Ethanol team is doing!

Don’t Miss the American Ethanol No. 3 Car at Kansas Speedway 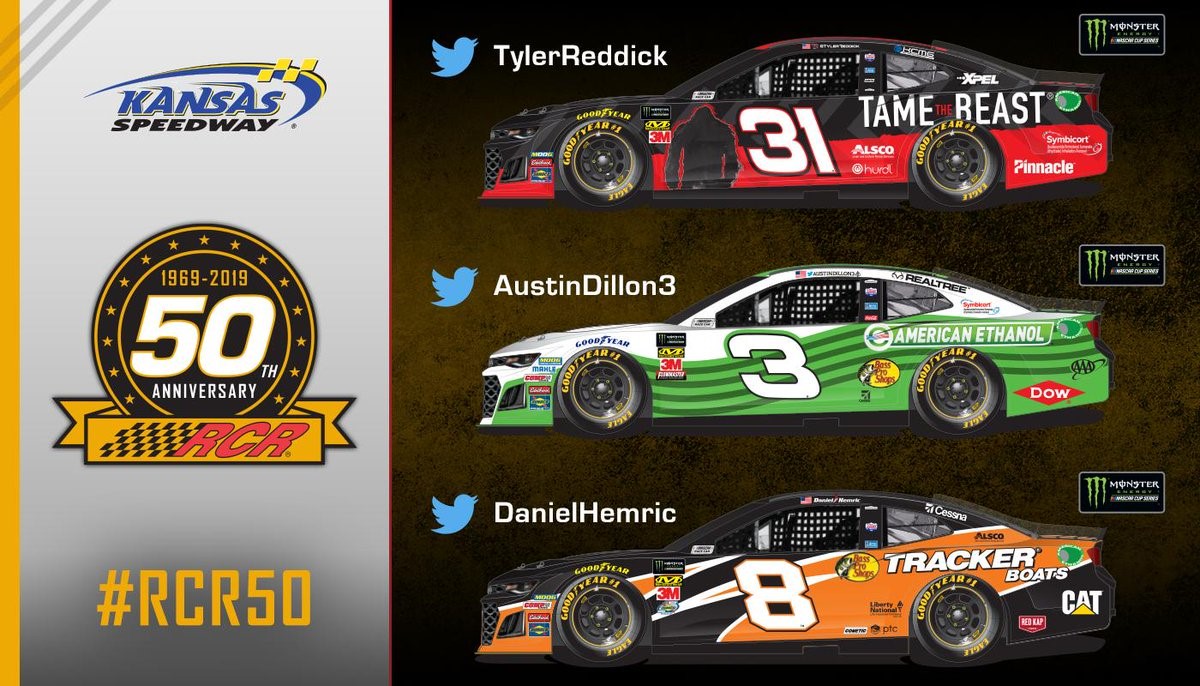 The Digital Ally 400 will be televised live on Saturday, May 11 at 7:30 p.m. Eastern time on FOX Sports 1. It will also be broadcast live on the Motor Racing Network and SiriusXM NASCAR Radio. 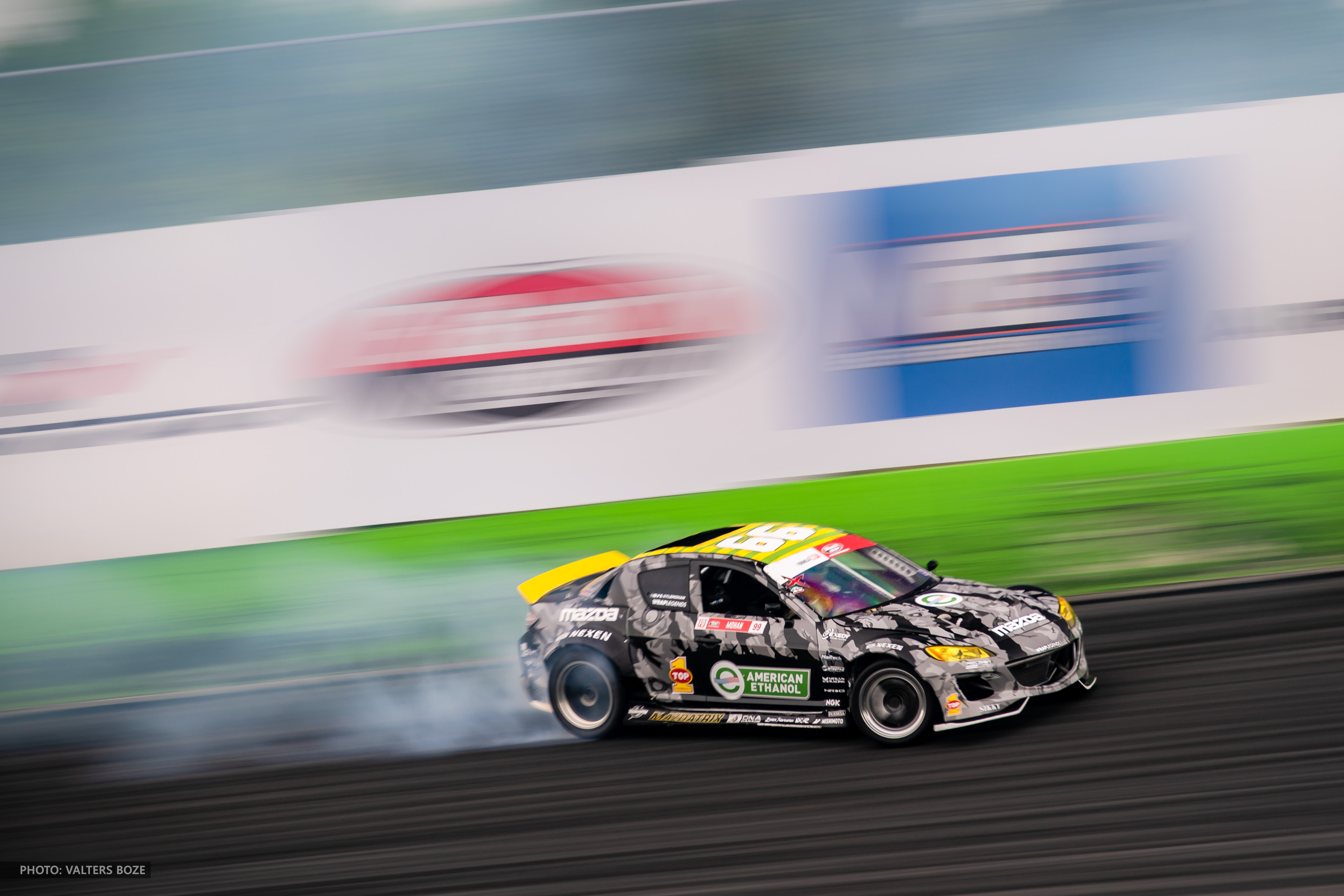 Kyle Mohan returns to action this weekend at Road Atlanta where qualifiers are kicking off today, May 10, at 5:45 p.m. Eastern time. Top 32 competition begins Saturday, May 11 at 4:30 p.m. A full schedule of the event can be found here, and the event livestream can be accessed here.

Road Atlanta is where the American Ethanol team hosted its first-ever Formula Drift engine performance workshop last year for fans and auto enthusiasts. This year, we plan to host workshops at Formula Drift Seattle on July 19-20 and Formula Drift St. Louis on August 10-11.

American Ethanol Late Model Tour Ready to Get Back to Racing 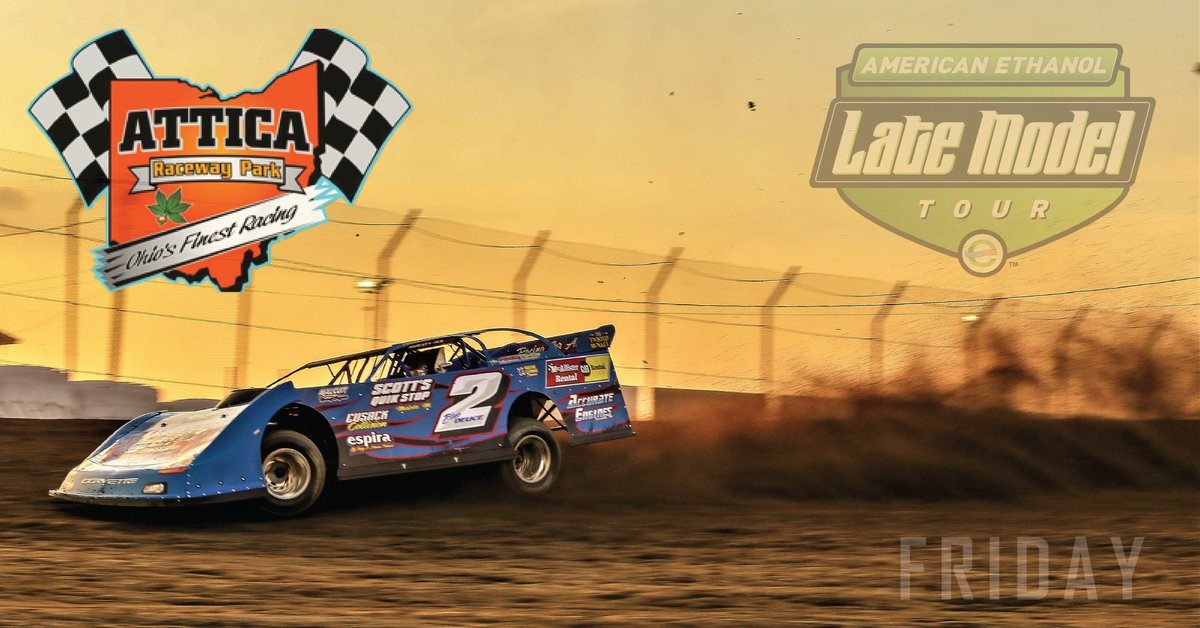 Mother Nature has not been kind to the American Ethanol Late Model Tour (AELMT) to start the year. Heavy rains and inclement weather have forced a string of races to be postponed, but the team behind the AELMT is confident that will change with this weekend’s Buckeye 40 at Attica Raceway Park in Attica, Ohio. The race postponements have created an unprecedented wide-open field at this stage of the season for someone to seize control at the top of the leaderboard. Last year’s winner at Attica, Steve Casebolt, led the race from start to finish and will look to repeat that performance this weekend.

The Attica Raceway Park gates open this evening, May 10, at 5 p.m. with Hot Laps beginning at 6:40 p.m. Head to the AELMT website for more info. 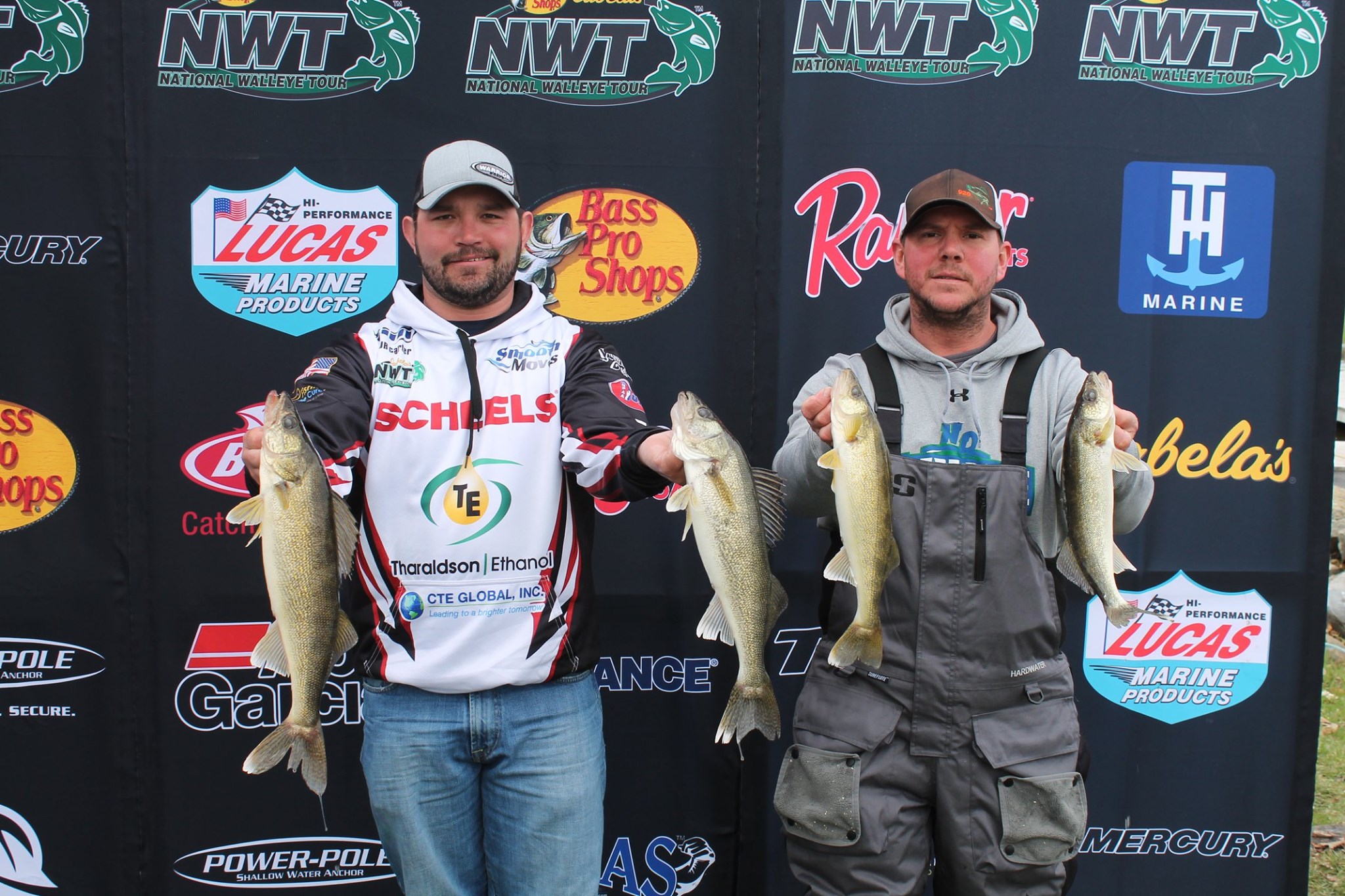 JR Carter had an impressive showing at the first stop of the Cabela’s National Walleye Tour at Lake Winnebago in Oshkosh, Wisc. this week despite uncooperative weather conditions. Colder weather and rain caused water temperatures to drop, which led to fewer bites, but Carter noticed in practice rounds that if the sun was out, some of the rocky areas held a lot more fish. Carter ended day one of the tournament in a respectable 28th-place but changed his fortunes on day two. Once the sun came back out on the second day, Carter was able to quickly catch four fish of qualifying size to add to the weigh-in and catapult himself to an eighth-place finish in the national event out of 154 finalists.

After the great result, Carter said, “Our most productive tactics were pulling flies and crankbaits on the river and slip bobbers on the main lake. Tournament fishing is all about making the right decisions at the right time. That’s why I choose American Ethanol products in my tow vehicle and my boat. I’m excited for the next tournament!” 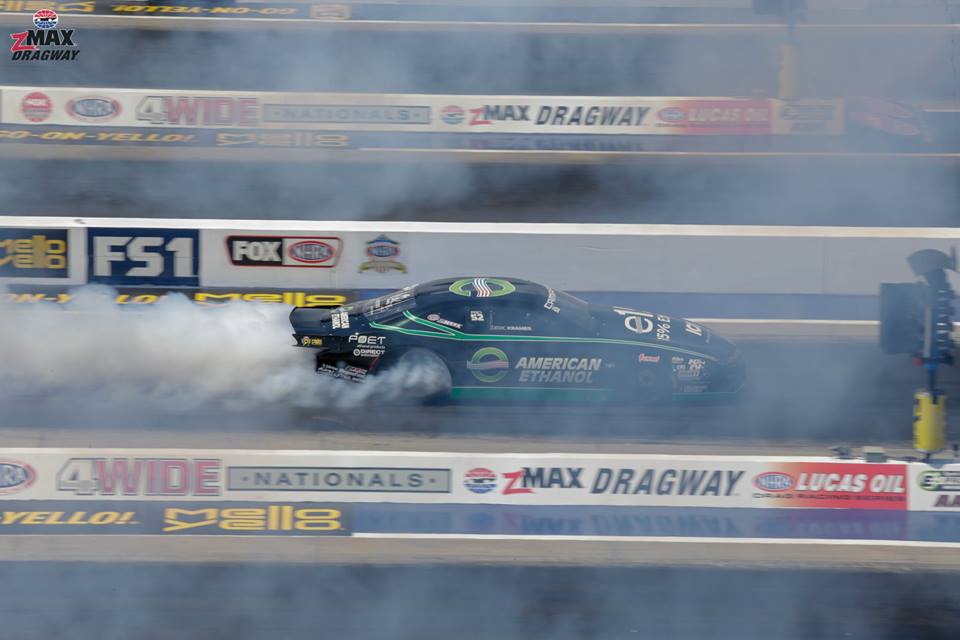 After a long break in the NHRA Pro Stock schedule, there’s only one week remaining until Deric Kramer returns the American Ethanol Camaro to drag racing action at the NHRA Virginia Nationals in Richmond, Va. We can’t wait to see Deric and his team back on the track representing the biofuels industry!