Austin Dillon Has Best Performance of Season in Fontana 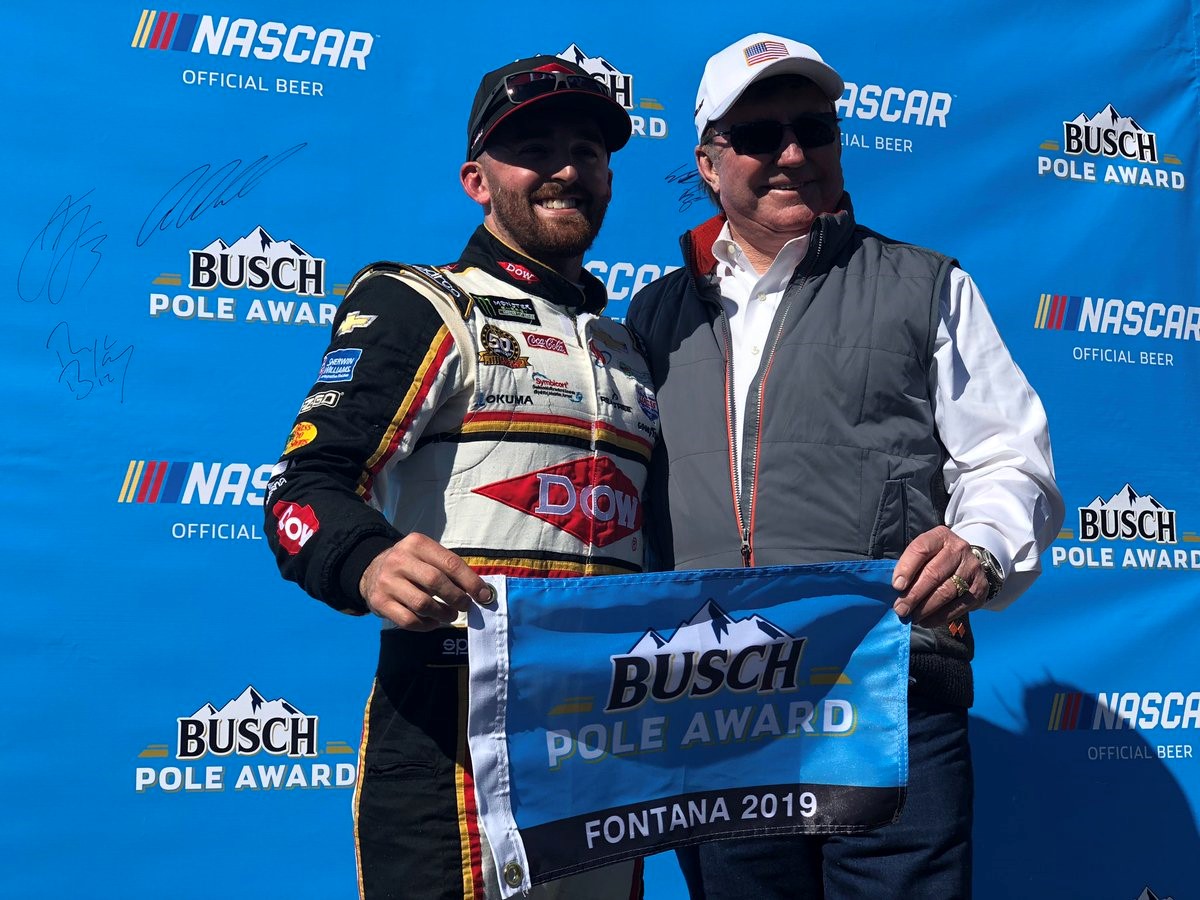 Austin Dillon won the Busch Pole Award as the top qualifier at last weekend’s Auto Club 400 at the Auto Club Speedway in Fontana, Calif., and finished the race with a solid, top 10 finish – his first of the 2019 season. “We had a really fast Dow Chevrolet this weekend and we have shown speed all year,” said Dillon. “We earned the pole award and ran well within the top-five until the end of Stage 1. I could feel the right-rear tire going down and brushed the outside wall. The No. 3 team did a great job keeping me on the lead lap during multiple pit stops for repairs. The Dow Chevrolet remained fast. It was just an uphill battle to reclaim track position. Through hard work, we were able to finish 10th. I’m so proud of this team.”

As Dillon noted, he and the No. 3 team have had a fast car all year, they just weren’t able to put all of the pieces together for a great race until last weekend. With a new Crew Chief, new rules packages, and other changes to the team, it was only a matter of time until things clicked into place. In last week’s update we predicted that Dillon and his team would have a breakout performance soon, and it was great to see them achieve it at the Auto Club Speedway.

No. 3 Team Looks to Build on Momentum at Martinsville Speedway 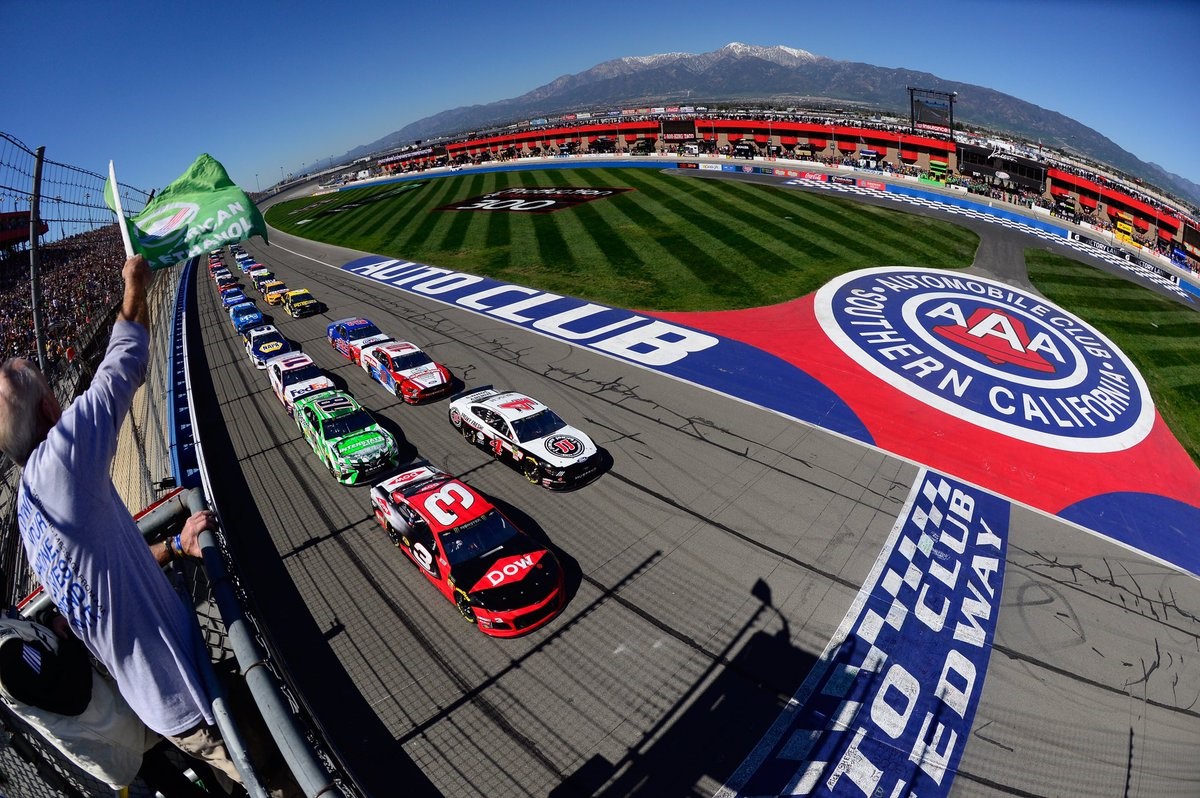 Austin Dillon and the No. 3 team are gearing up for short track racing this weekend at Martinsville Speedway, and will look to build on the success of last weekend’s race – the final stop on the NASCAR Goes West circuit. Dillion finished fourth at Martinsville in 2016 and has a high degree of comfortability on the track. “I love going to Martinsville Speedway,” Dillon explained. “It’s an hour away from my house, so it feels like home. Any time you can get to a short track and beat and bang and really work on those hard-braking corners you feel like you got a chance so I can’t wait to get there. Our cars have had speed this year, and I’m really looking forward to going to the flat paperclip that is Martinsville with Danny Stockman and the No. 3 team. We’re all racers at heart so we love short track racing.”

Tune-in to the Race

The STP 500 will be televised live on Sunday, March 24 at 2 p.m. Eastern time on FOX Sports 1. It will also be broadcast live on the Motor Racing Network and SiriusXM NASCAR Radio.

Recently, Ethanol Producer Magazine published a story on Growth Energy’s efforts to educate automotive technicians and mechanics on the benefits of high-octane, cleaner-burning, American ethanol. The piece focuses on American Ethanol’s new partnership with the Universal Technical Institute’s NASCAR Technical Institute campus in Mooresville, North Carolina. The partnership allows us to open a dialogue about the benefits of biofuels with the future technicians of America and the instructors who teach them. Click here to check out the story. 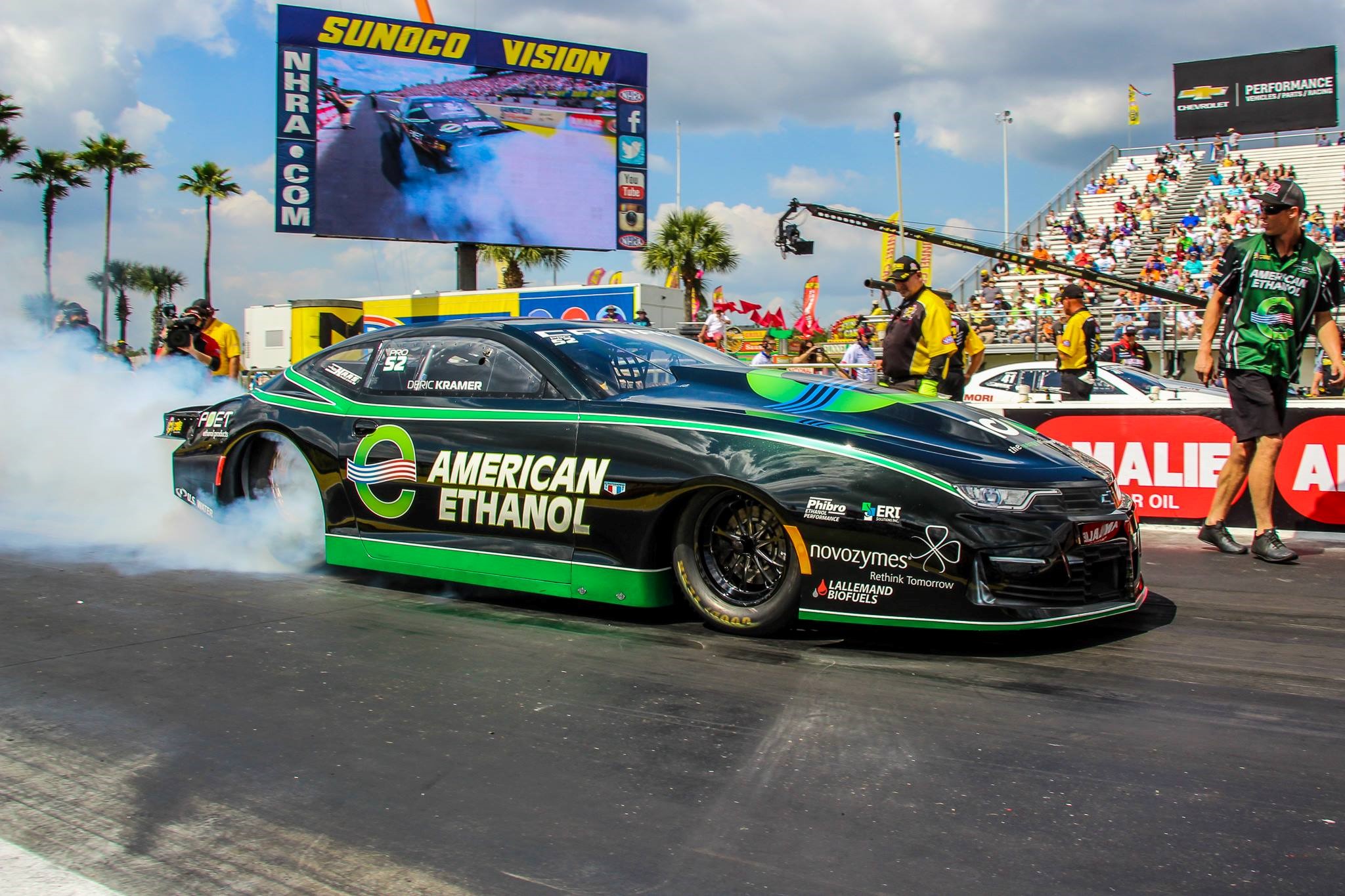 Coming off a semifinal appearance in the NHRA Pro Stock Series, Deric Kramer and his American Ethanol Pro Stock Racing Team were confident heading into the 50th Amalie Gatornationals in Gainesville, Fla. Unfortunately, the American Ethanol Chevy Camaro squared its tires off the starting line in round two of the competition, causing Kramer to lose all momentum against the eventual race winner, Bo Butner. As Kramer said, “If you’re gonna lose, at least it’s to the eventual winner, right? Time to put our sights on Las Vegas, we went to the final round there at the spring race last year. I think it’s time to seal the deal!” Kramer and team will compete in the DENSO Spark Plugs NHRA Four-Wide Nationals at the Strip at Las Vegas Motor Speedway on April 5-7.