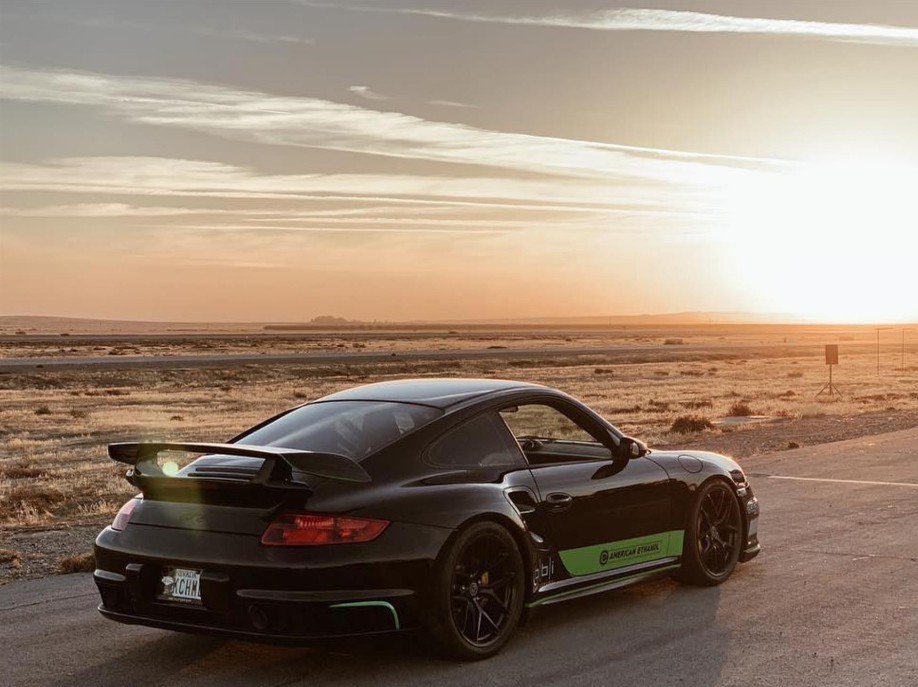 Anthony Taylor put on quite the show for fans gathered at the Shift-S3ctor California Airstrip Attack in Coalinga, Calif., last weekend. Winning the “German Shootout,” 6-Speed, and Rear Wheel Drive classes in the event, he swept every category he was eligible for. Anthony progressively turned up the boost levels in his American Ethanol Porsche 997 Turbo GT2 in each of his passes over the two-day event, pushing the car to its limit in a final run of over 190 mph while running on an E90 blend of Eclipse Race Fuel!

The American Ethanol Porsche debuted this spring at the Pikes Peak Airstrip Attack in Colorado Springs, Colo. Right off the trailer, Anthony and the BBI Autosport team knew they had a special vehicle on their hands that was capable of dominating events. It was only a matter of time until Anthony put together a performance like this.

Anthony was joined at the event by fellow American Ethanol Performance Team member Kyle Mohan, who worked with Anthony to engage fans at the team’s pit area and discuss the benefits of ethanol. In addition to talking shop at the pit, Anthony addressed the crowd from the podium to discuss all that went into the winning build, including why he chooses to run on cleaner-burning, high-octane ethanol.

This race was Anthony’s last of 2018, so it was great to see him end the year on a high note. We look forward to seeing what more he can achieve next year. Stay tuned to our social media channels over the coming weeks for video recaps of the event! 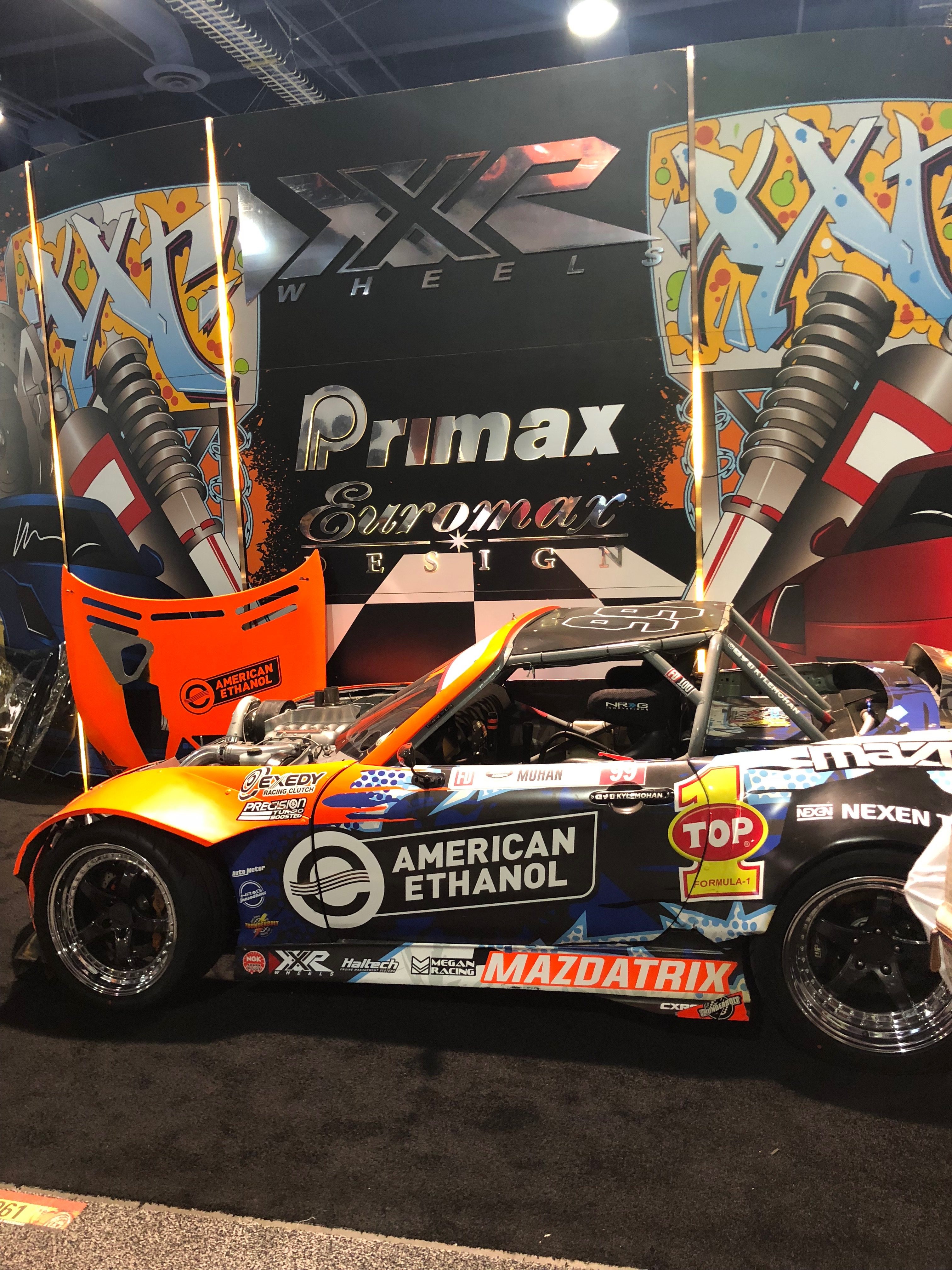 Growth Energy staff were in Las Vegas this week to continue building on American Ethanol’s growing popularity at the Specialty Equipment Manufacturers Association (SEMA) / Automotive Aftermarket Product Expo (AAPEX) show – the premier automotive trade shows in the world. Together, the two shows have a combined attendance of well over 100,000 people over the course of the 4-day long event. Kyle Mohan’s American Ethanol Mazda MX-5 was on display at the XXR Wheels booth at the SEMA Show. Kyle conducted multiple interviews in front of the car display and spoke with countless automotive industry employees and enthusiasts. 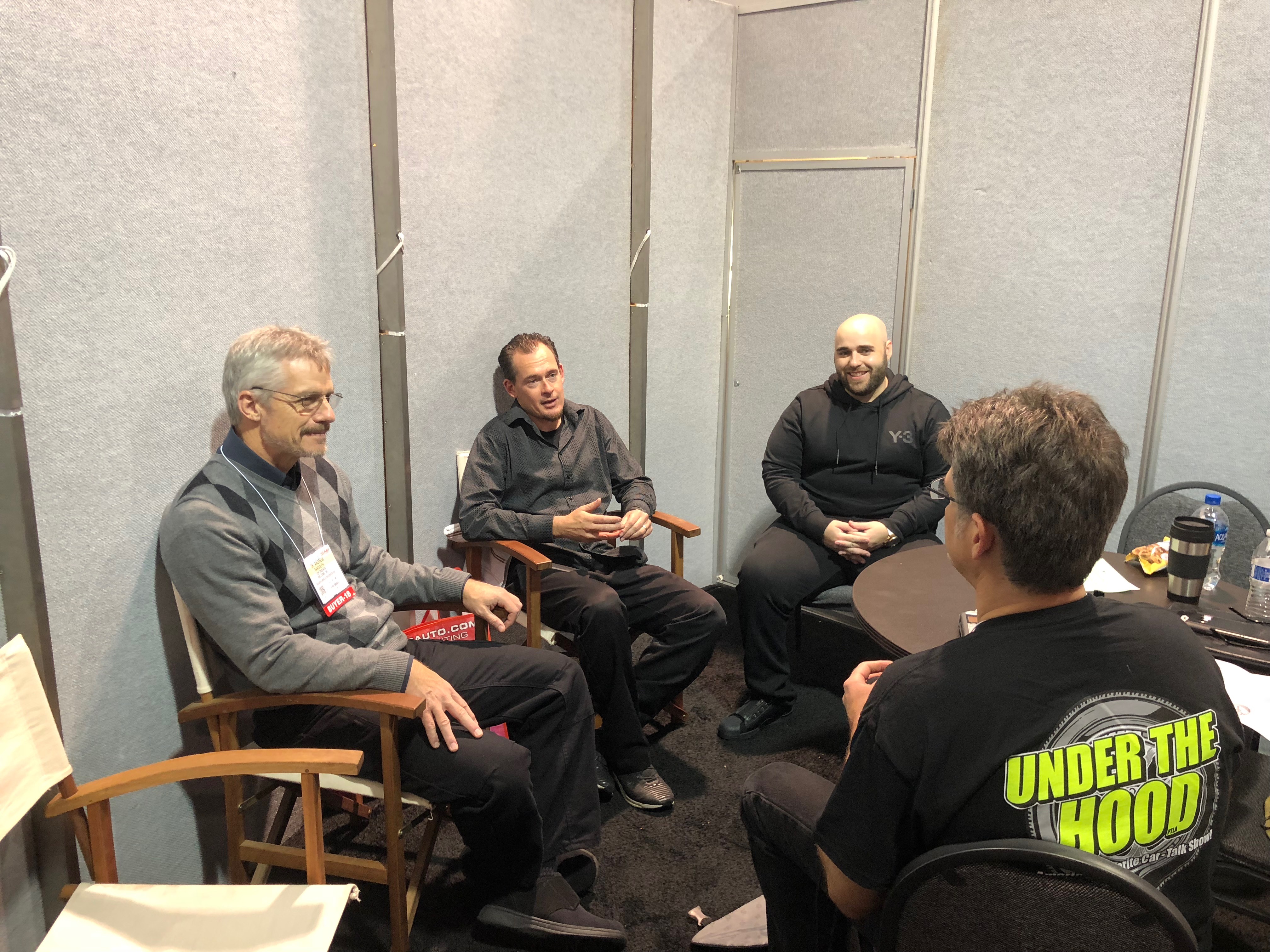 Finally, at AAPEX, Dr. Andy Randolph was invited by the National Alternative Fuel Training Consortium (NAFTC) to give a presentation on behalf of American Ethanol to a group of automotive educators in the NAFTC’s “Mobility Garage” expo hall. Dr. Randolph’s presentation, “From NASCAR to Your Car: High Octane Fuels Drive Future Efficiency Gains,” explained in detail why octane is so valuable for race cars and production cars alike, as well as why ethanol is the best available source of octane.

Dr. Randolph’s presentation convincingly laid out the case for why higher ethanol blends provide a clear benefit to both the automotive industry and consumers by using a combination of chemistry principles, performance data, and practical demonstrations. Our collaboration with the NAFTC in their education track at AAPEX is part of our ongoing effort to move the needle with automotive industry professionals who are in position to shape the perception of ethanol among mechanics and technicians. 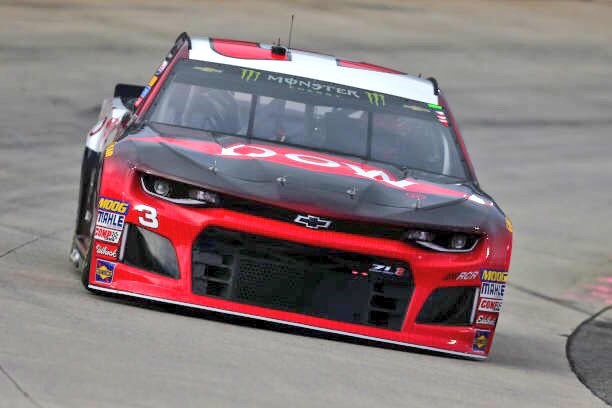 Austin Dillon and the No. 3 team had a rollercoaster performance last weekend at Martinsville Speedway in the First Data 500. The team was disappointed to start the race in the 28th position after qualifying, but Austin managed to work his way through that adversity to just outside the top 10. Unfortunately, that battle to break the top 10 was cut short due to a tire issue, forcing the No. 3 car back out of contention.

“There is nothing better than short track racing, especially at Martinsville Speedway,” said Austin. “We didn’t qualify very well, but I wasn’t really worried about that because we have been in that position before and have been able to rebound come race time. This weekend was no different. We raced our way into the top-11 by lap 100. Our day took a turn towards the end of Stage 2 when we were running 10th and cut a right-front tire. We went 10 laps down pitting under green and trying to repair the sway bar. I’m bummed we had those issues, but we still had an extremely fast Dow Chevrolet Camaro ZL1. I wish we could have battled at the end.” 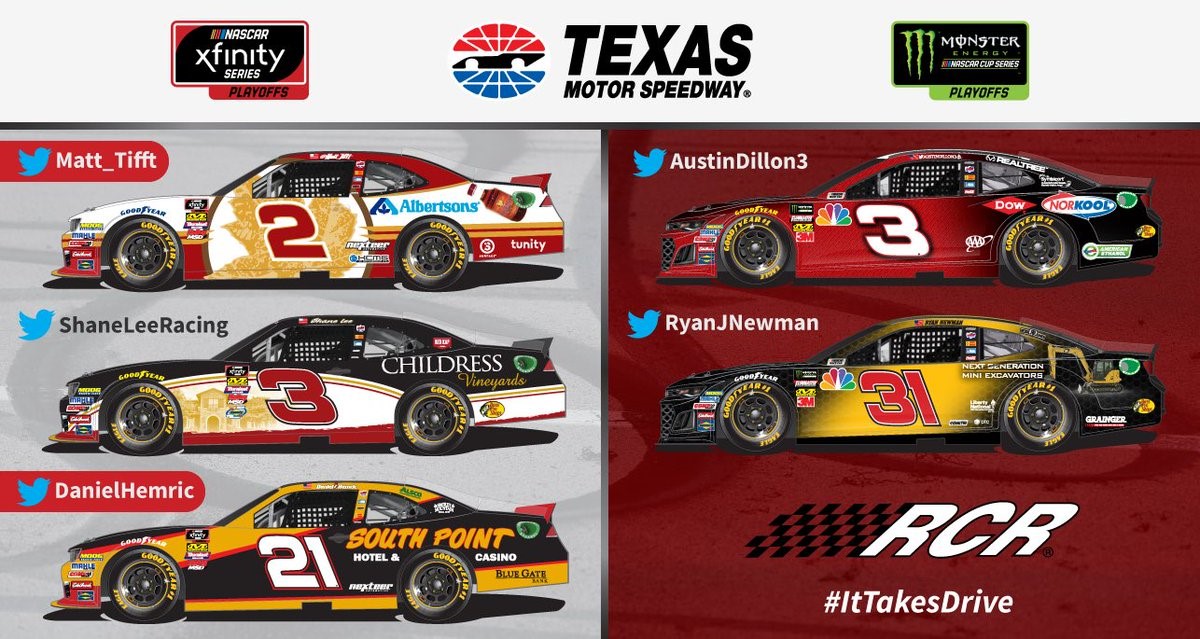 Austin Dillon has had success racing at Texas Motor Speedway before, earning an 11th place finish in 2015, and earning the pole position in qualifying in 2016. This weekend’s AAA Texas 500 will be raced on a 1.5-mile track, Austin spoke about what will be different compared to the other 1.5-mile track he recently raced on at Kansas Speedway.

“Texas Motor Speedway is a bit different from Kansas Speedway in that it is a new surface and has two different ends. You have one end that’s very banked and has high speeds, and then you have a hard end where you have to get turned and get back on the gas. We’re looking forward to it. We plan to bring a new car to Texas Motor Speedway so we’re looking forward to getting there and seeing what we’ve got with it. Hopefully it pays dividends.”

Tune in for Texas!

The AAA Texas 500 at Texas Motor Speedway will be televised live Sunday, November 4 at 3 p.m. Eastern time on NBC Sports. It will also be broadcast live on the Performance Racing Network and SiriusXM NASCAR Radio.