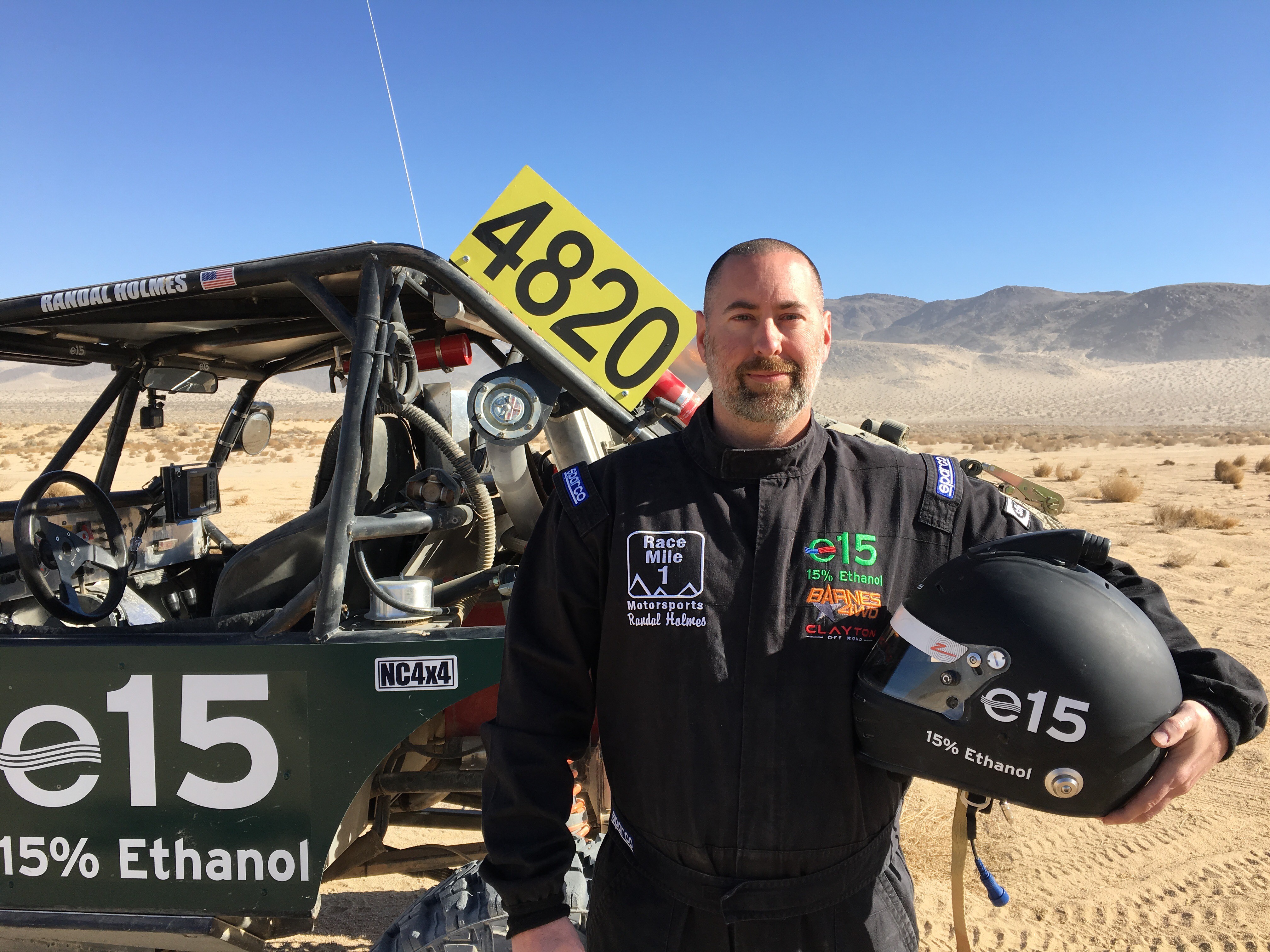 Randal Holmes currently works as a Supply Planner for Novozymes, a bio technology company whose products are used in the ethanol industry. Randal has been with Novozymes for 15 years, having previously served as a Chemical Operator, Production Coordinator, and Detailed Scheduler. However, when he is not working in the world of biotech, Randal spends his time competing in the Ultra 4 Racing Series – a grueling hybrid of two popular off-road racing sports.

Ultra 4 has been around for more than a decade, and according to Randal, started off when a group of 12 friends, all off-road enthusiasts, went out into the California desert and “raced for a case of beer.” The relatively new style of racing is incredibly challenging, as it combines elements of Baja (desert) style racing with the difficulty of “rock crawling” – which involves taking modified off-road buggies and using them to navigate your way through, over, and around large boulders and rock formations.  The sport started off with a small “cult-following,” but has since grown into a full, yearlong series with a points-based championship system that now receives coverage from NBC Sports.

Some of the races are over 100 miles long and last for 10 hours, and others are between 40 and 60 miles long and last for two hours. Randal got started in Ultra 4 in 2017, and competes in the Ultra 4 East Series, which is comprised of three 40-60-mile races in Pennsylvania, Oklahoma, and Kentucky. The largest race in the Ultra 4 Series, known as “King of the Hammers,” brings together competitors from both coasts, as well as international teams from Canada, Australia, Germany, Japan, and others.

“I started rock crawling in 2006, and joined an off-road club in Raleigh doing trail rides,” Randal said. But I kept wanting to try harder and harder stuff and that led me to making more significant modifications on the vehicle, so that’s how I ended up in Ultra 4.” 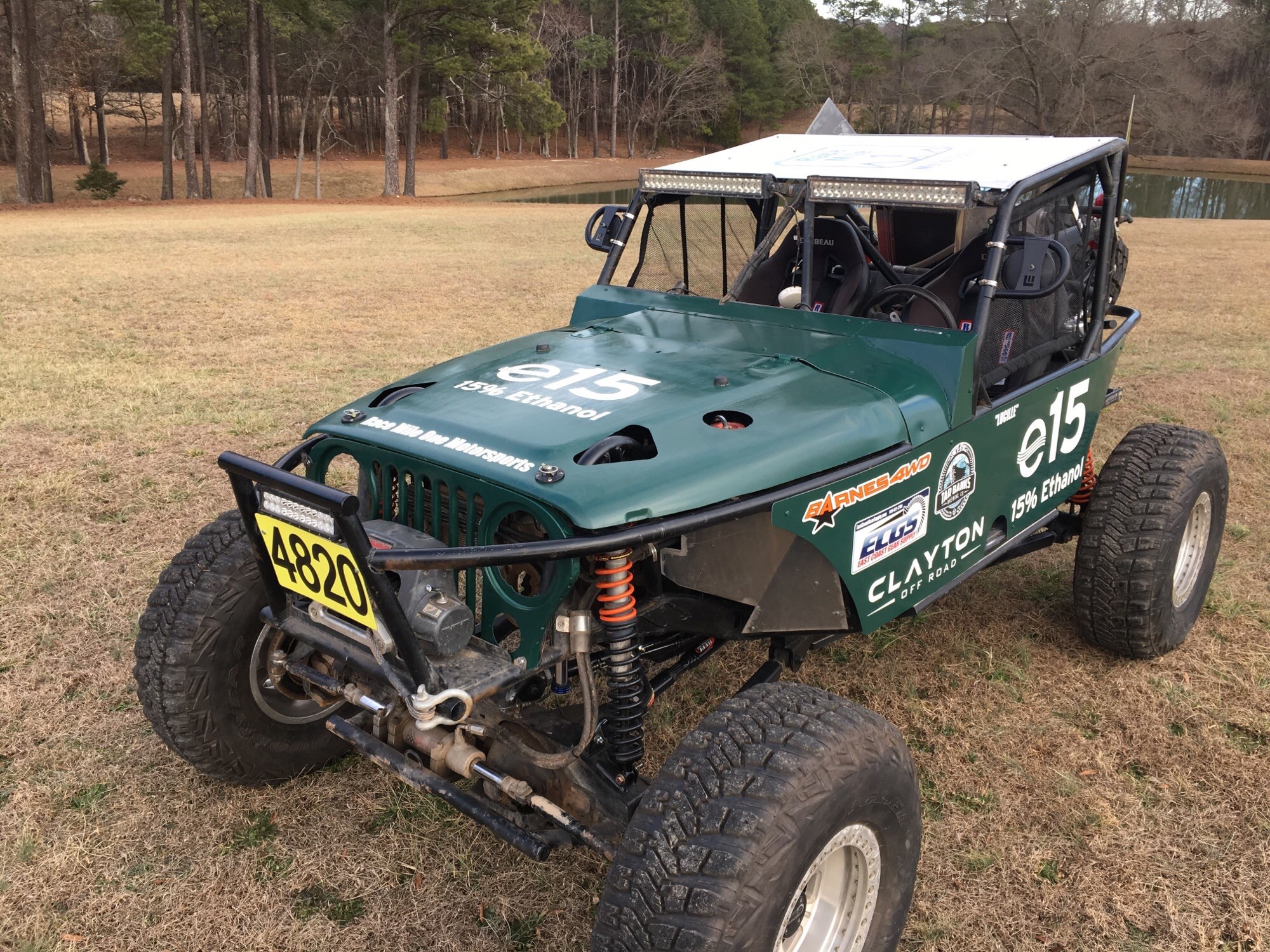 Randal’s Ultra 4 competition vehicle is a Jeep Wrangler that he and a group of friends have heavily modified to deal with the rigors of the various races. Handling the terrain in Ultra 4 competitions is extremely difficult, and drivers must also race the clock because anyone who doesn’t finish in a given timeframe for a race is disqualified. All of these factors contribute to Ultra 4 races having a roughly 75 percent attrition rate, meaning that typically only about one in four competitors manage to even finish a race.

“It’s a unique challenge to build and race these vehicles,” Randal explained. “If you try to build just for the desert you won’t be able to do well with the rock obstacles, and vice versa. It’s fun to try to strike the right balance. My friends and I really enjoy putting the work in. 99 percent of the modifications and maintenance have been done in my home garage, and my friends act as my pit crew as well.”

Randal is proud to exclusively run E15 in his Ultra 4 buggy, which he decided to do after attending American Ethanol’s inaugural Engine Performance Workshop hosted at Richard Childress Racing in Welcome, N.C. in late 2017. 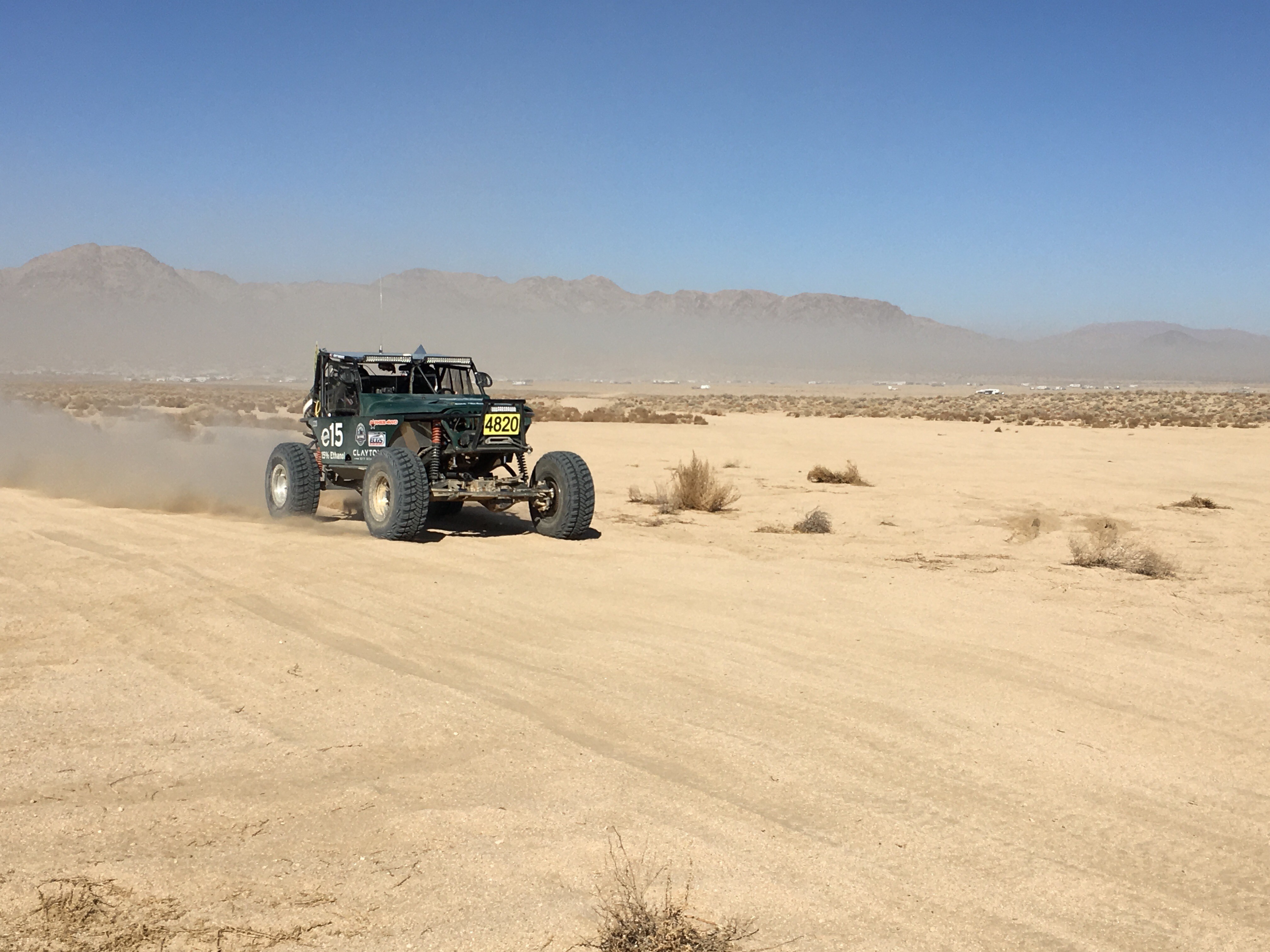 “The workshop answered a lot of questions for me about ethanol blends and E15, so that made the decision easy,” Randal said. “E15 helps me run cooler which is important – and higher blends help reduce engine knock which is great in this sport too. When you’re in the sand, especially, you’re on the pedal the whole time because it’s hard to get traction and you have to keep moving, so knowing that the fuel is actually helping the engine perform under that stress is great. Not to mention we’re obviously racing on outdoor trails, so the environmental benefits of ethanol are great too – the fuel helps keep the engine and environment cleaner. Once I made the switch to E15, Novozymes was nice enough to come on board and support, so we’re excited for the coming season.”

When asked about the perception of ethanol in off-road racing, Randal gave his opinion on the potential to change some minds. “I think people in the off-road community are maybe a little scared to use higher blends because they’ve bought into some of the myths that you’ll hear. I’m just out here trying to prove that E15 works. I have a stock factory engine in the buggy, so if I can run E15 with no modifications to the engine anybody can. The races are hard enough to even complete on their own. My position is – if I didn’t have the confidence that E15 was going to actually benefit me and help me compete – why would I use it? And I hope that by going out and showing people that it works they will start to come around.”