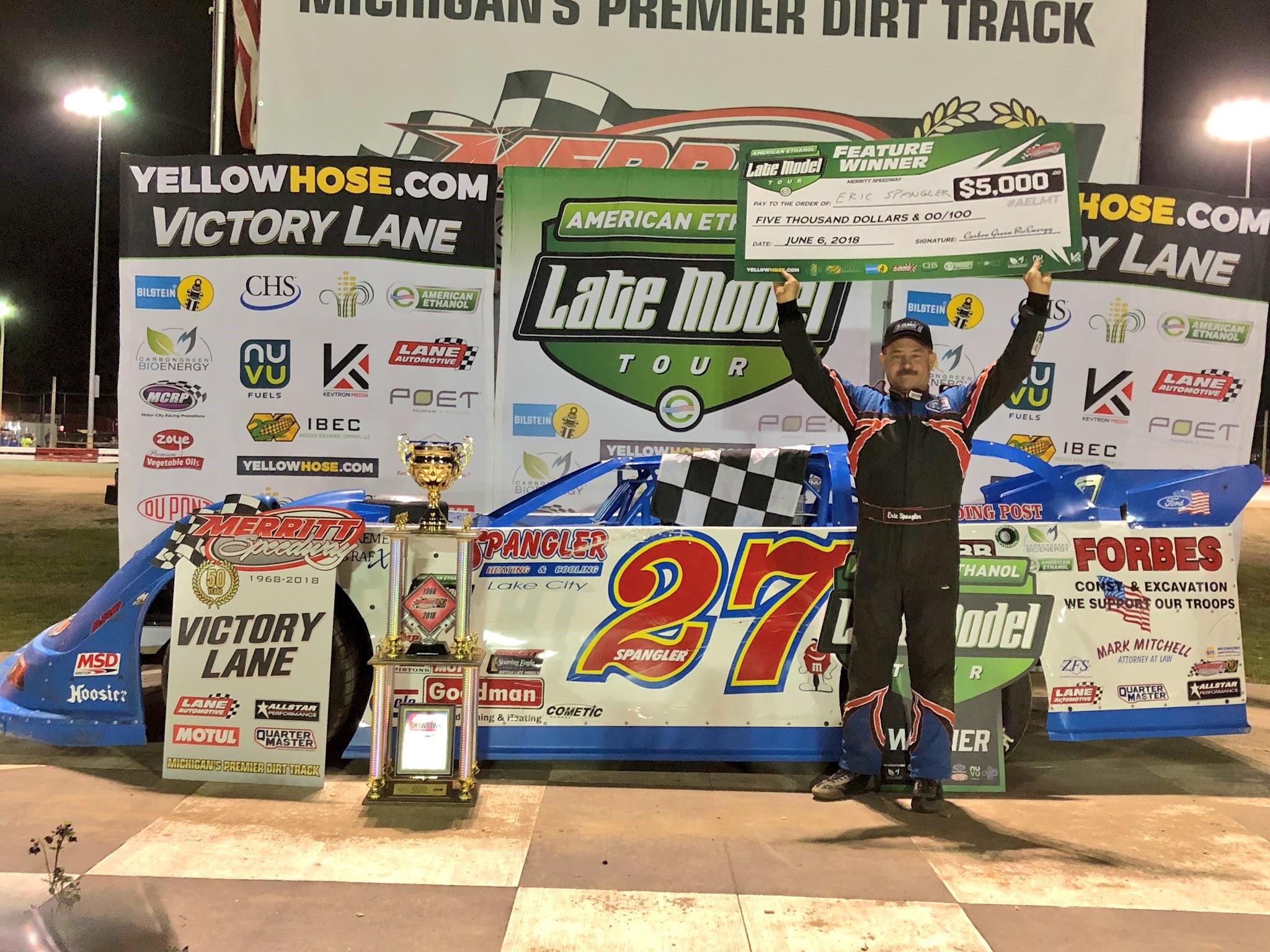 American Ethanol has become a major player across a spectrum of racing disciplines. Whether it’s the steep banks of a NASCAR superspeedway, the twists and turns of a drift course, or the hardened pavement of a drag strip, if it involves high speed and high performance, American Ethanol is usually going to be a part of it. True race fans know that one of the most thrilling, fun places to race is on the dirt track, and you can find American Ethanol there, too.

Mitch Miller wears many hats within the ethanol industry. He currently serves as the CEO and Managing Director for Carbon Green BioEnergy, LLC, is the President of Iroquois Bio-Energy Company, LLC, and is the Managing Partner of NUVU Fuels. Mitch is also a board member of Growth Energy. In addition to all that, Mitch and his team preside over the American Ethanol Late Model Tour, a touring dirt track competition that’s quickly captured the hearts of race fans and gearheads across the U.S. 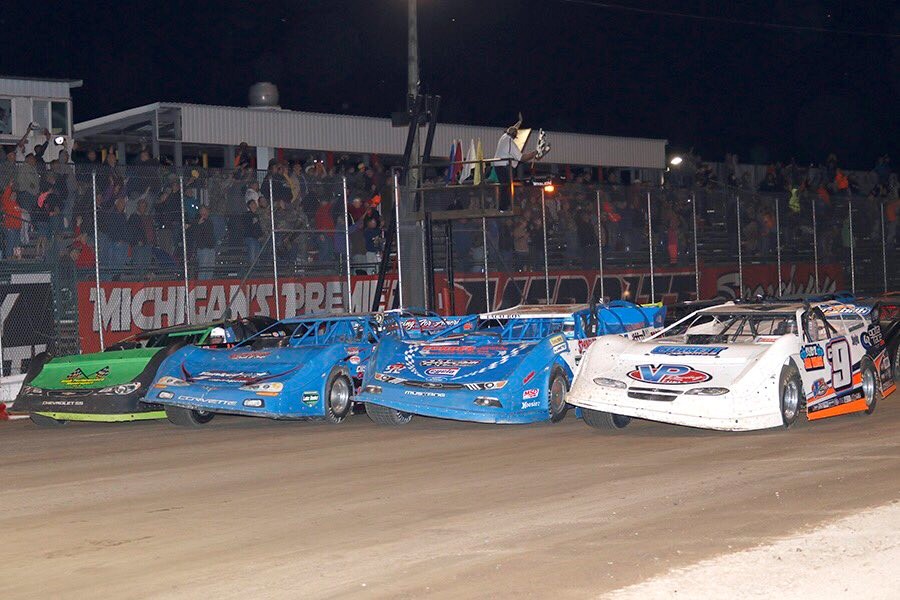 Mitch got the idea for the American Ethanol Late Model Tour about five years ago when he participated in a Growth Energy dirt track racing board event with Austin, Ty, and Mike Dillon at Charlotte Motor Speedway. He spent a fair amount of time at the dirt track with his father growing up, and the trip to Charlotte re-sparked his passion for the sport. There were about 40 or 50 late model cars that competed in fragmented circuits in Mitch’s home state of Michigan. Each race had 12 – 15 competition cars at the most, so Mitch decided to give them a centralized home and started a 10-race tour. Now the tour has grown to 15 stops, and they average around 30 cars per race. As popularity has spread, they’ve had as many as 55 drivers compete in a single race.

Why the marriage between American Ethanol and the dirt track? There are a lot of misconceptions out there about how ethanol really works in an engine and what its purpose is. Some people mistakenly assume ethanol “dilutes” gasoline when in fact it enhances it by adding octane. There are all the tired criticisms out there about ethanol – that it will damage your engine by corroding fuel lines or causing engine components to gum up — when, in reality, it boosts engine performance by burning cleaner and cooler than petroleum based fuels. Mitch noticed early on that many of the people at the dirt track for a given race were mechanics – whether they were on the crews for the late model teams or just in the bleachers spectating. These people are the ones who shape perception around ethanol in their local communities for their families, friends, neighbors, and customers, and they could become important ethanol advocates by being involved in the late model tour. 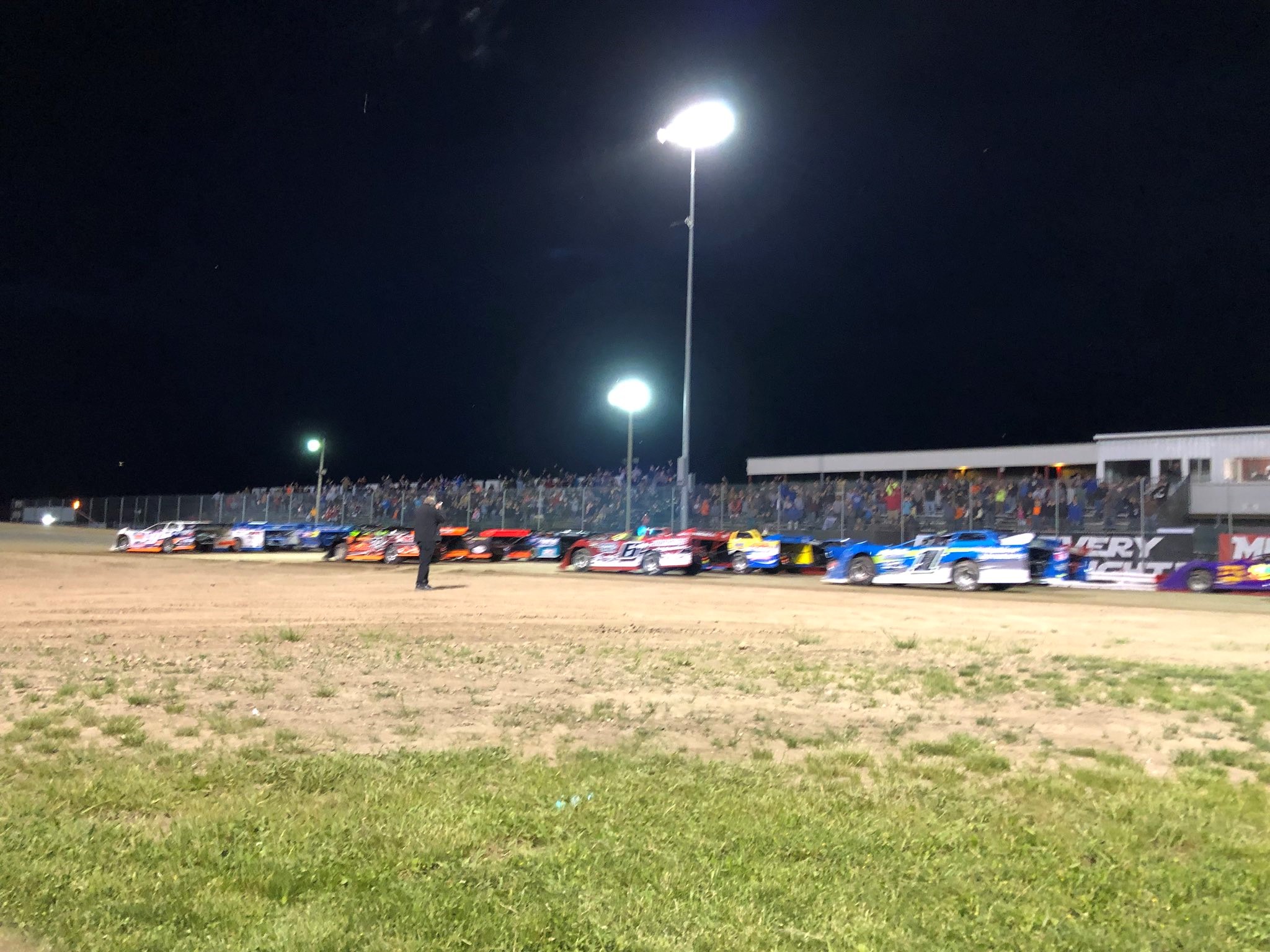 Mitch and his team are extremely hands-on when it comes to managing the tour, and they handle everything from tracking the points standings to doing the driver introductions, PA announcements, and ads. We talked to Mitch about why the American Ethanol Late Model Tour is so important to him, and he said it was simple.

“The tour gives us the opportunity to go to tracks around the country and interact with the drivers, have conversations with the crews, and engage thousands of fans at each race,” Mitch said. “We not only get to promote the American Ethanol brand, but we can really show those audiences the benefits of ethanol fuel. It’s a chance to convince more and more of the drivers to run ethanol, encourage the mechanics and technicians to endorse ethanol, and show fans that filling up with higher ethanol blends is a smart choice for their cars and their wallets.”

The biofuels industry has really gotten behind the tour, as groups like Carbon Green Bioenergy, Iroquois Bio-Energy, CHS, DuPont, Michigan Corn Growers, NuVu Fuels, and Growth Energy have all gotten on board as sponsors. If you want to learn more about the tour, get involved, or go to a race, check out the American Ethanol Late Model Tour website and see what it has to offer. You’ll be seeing more about the American Ethanol Late Model Tour this year and in the years to come, and we hope you’re as excited about it as we are! 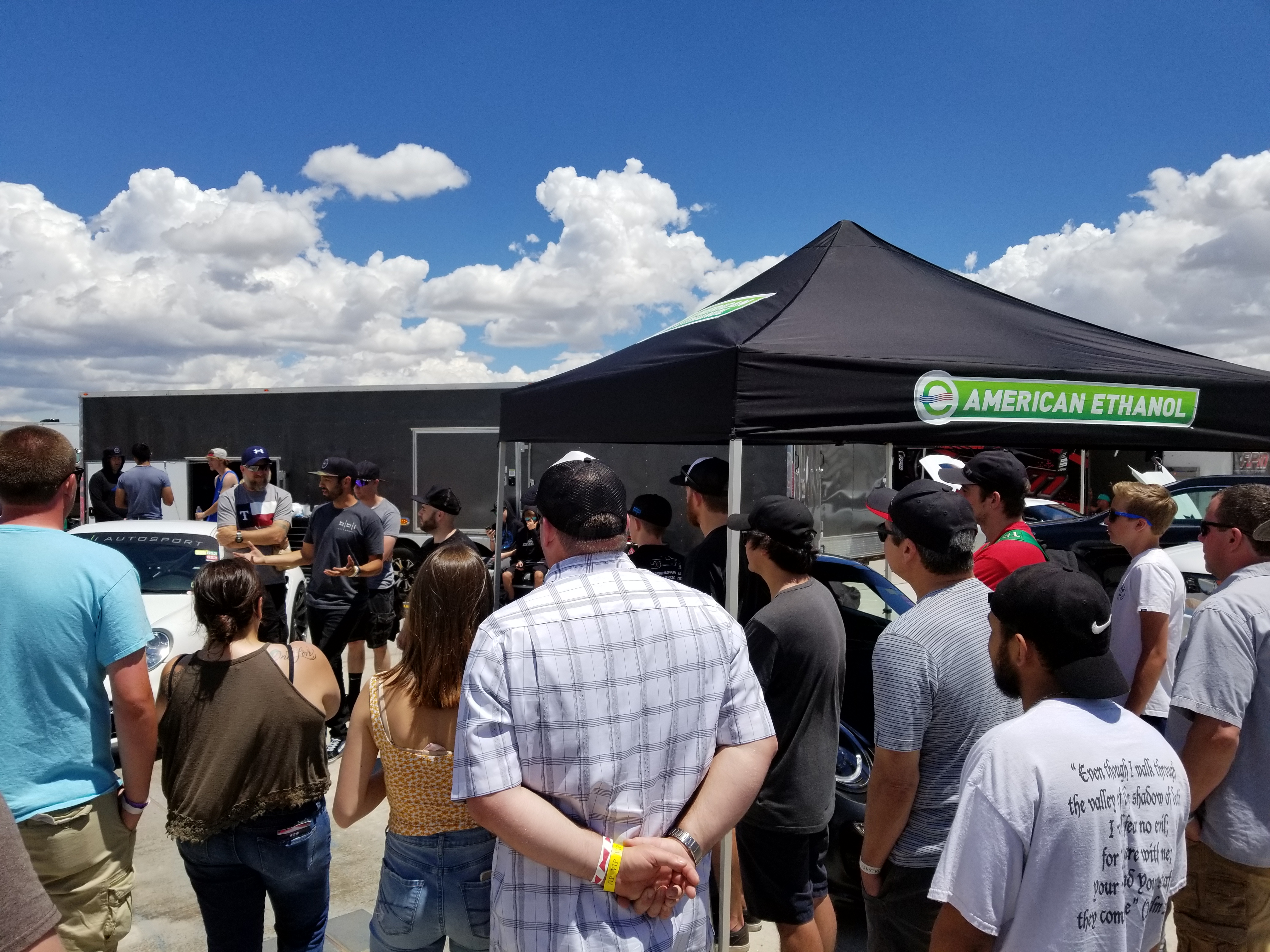 The American Ethanol Performance Team was out in force last weekend at the Shift-S3ctor Pikes Peak Airstrip Attack. The event brought some of the fastest exotic cars and most accomplished street racers in the world together to the Colorado Springs Airport for a weekend of high-speed, high-adrenaline half-mile roll racing out on the airstrip. On the first day of the event, drivers run qualifying passes for their respective classes, logging their speeds in a half-mile from a standstill through the finish line. Then on the second and final day of the event, drivers compete head to head across the various classes in a roll racing format, where drivers approach the starting line at 60 mph (the “roll”) and then take off toward the finish line a half mile away. 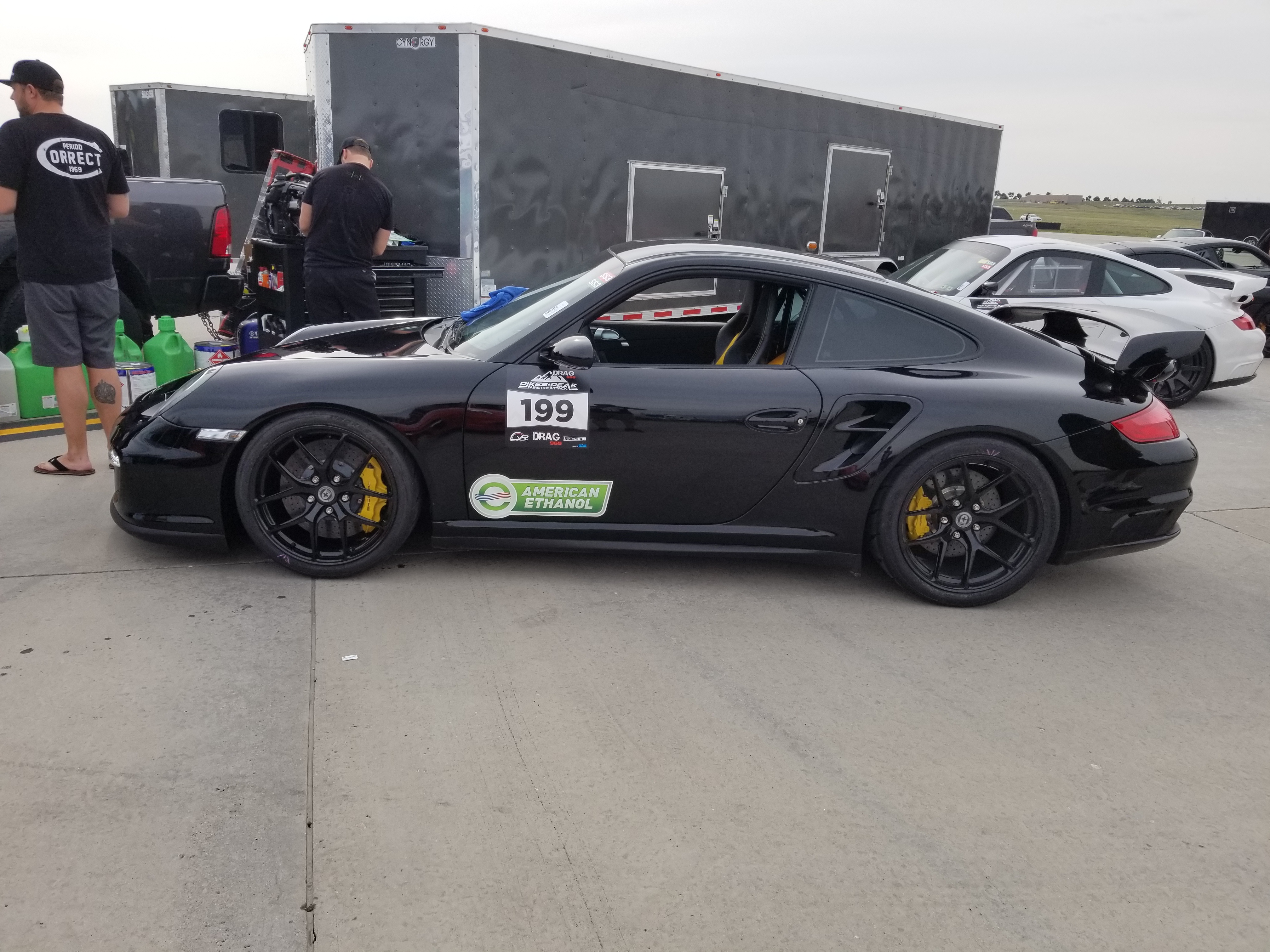 Performance team driver Anthony Taylor debuted his American Ethanol BBI Autosport Porsche GT2 at the event, hitting solid 180+ mph passes right out of the trailer with minimal onsite tuning. His best runs would have been enough to win the 6-speed class, but he unfortunately damaged a ring and pinion inside his transmission on his final qualifying run of the day, which ensured he would not be able to compete on Sunday for a trophy. Despite the setback, there were many positives to take from the outing. The fact that his Porsche had such a solid performance in its debut means there are great things on the horizon for Anthony and the American Ethanol team. With some tweaks, the BBI Autosport crew expects to have the car approaching 200 mph for its next event, which would set it apart from the other 6-speed class competitors.

American Ethanol also teamed up with Anthony and BBI Autosport to host a trackside engine performance workshop in the BBI pit area, where all three of the BBI Porsches were running on high ethanol blends. We offered fans and spectators the chance to win a ride-along in one of the BBI-built Porsches which drew a significant crowd, who listened to Anthony and Betim Berisha, Owner of BBI Autosport, discuss the benefits of ethanol on and off the racetrack. We’re looking forward to the next race with Anthony and the BBI team!

Austin Dillon and the No. 3 team return to the track this weekend after a well-deserved break in the Monster Energy NASCAR Cup Series season. Austin and crew will race in the Toyota/Save Mart 350 at the Sonoma Raceway road course! Austin talked about the enjoyment he gets out of racing at Sonoma.

“I definitely enjoy it,” Austin said. “Sonoma is beautiful. We stay in Petaluma. It’s a trip that we like to try and go out early just to enjoy the countryside. Sonoma was really good to us last year. I love how that track kind of falls off. Really, it’s probably one of the oldest asphalts that we go to. At both Sonoma and Atlanta, you just have no grip. It’s a lot of fun and I’ve enjoyed it. Now it’s one of my favorite places to go.

When asked how he will prepare for the race, Austin said, “A lot of simulator time. Get in the simulator and run a lot of laps. We will be finding some time to do that within the busy schedule.”

The Toyota/Save Mart 350 at Sonoma Raceway will be televised live Sunday, June 24, at 3 p.m. Eastern time on FOX Sports 1. It will also be broadcast live on the Performance Racing Network and SiriusXM NASCAR Radio.