The Bojangles’ Southern 500 at Darlington Raceway, known as the “Darlington Throwback Race” is one of our favorite NASCAR events of the year. Most drivers race in a throwback paint scheme at Darlington that honors NASCAR’s history, and American Ethanol has teamed up with Austin Dillon and Richard Childress Racing (RCR) for the past few years to put out some of the best throwback paint schemes across the entire sport. This year was perhaps our most all-around successful throwback weekend to date, as Dillon debuted a throwback version of his grandfather Richard Childress’ iconic “Black Gold” car that Childress drove in the late 1970’s.

For starters, Dillon earned a top 10 finish in the race, the highest finish so far this year in the American Ethanol No. 3 Chevy Camaro. “This is just the night we needed at Darlington Raceway,” Dillon said. “My crew chief Danny Stockman and the team did a great job all night working on the handling of our No. 3 American Ethanol Chevrolet Camaro ZL1, and it paid off. The track loosened up a lot more than we expected tonight, so we had to adjust for that and figure out which groove on the track worked for us with that handling. Towards the end of the final stage, we really hit on it and I was able to run the bottom really well. I never could get the top groove to come in for me without being too loose up, but since I was able to make passes on the bottom, I wasn’t too worried about it. We kept ourselves out of trouble when others started to have issues at the end of the race and were able to capitalize with a top-10 finish. This team is more than capable to do this every week, and this is a good way to build momentum heading into Indy. I also want to thank American Ethanol for letting us run my grandfather’s paint scheme tonight. It was really special to carry his colors on the track.” 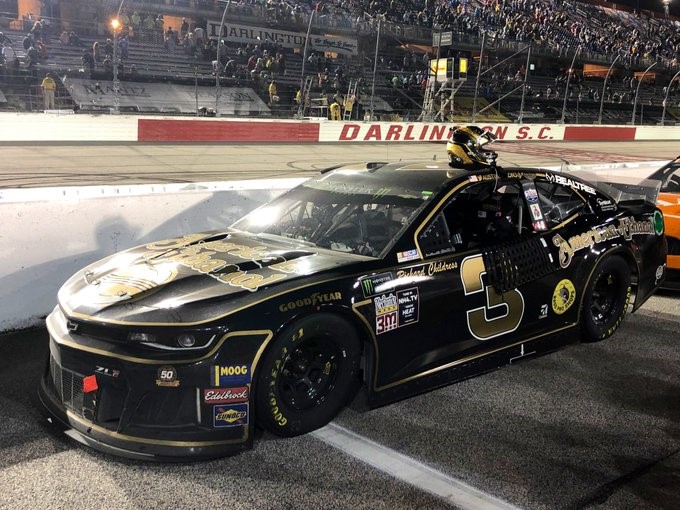 We also debuted a brand-new, three-episode video series during the Darlington throwback weekend, highlighting Childress, Dillon, ECR Engines’ Dr. Andy Randolph, and RCR’s Danny ‘Chocolate’ Myers. The video series was a look back at the history of RCR and NASCAR told around the throwback paint scheme, and a discussion on all the ways American Ethanol has moved NASCAR and the transportation industry forward. We released the three-episode series entitled “Innovation and Racing with American Ethanol” as part of a social media campaign across Twitter, Instagram, and Facebook that racked up more than 250,000 views on social media over the weekend! In case you missed them, we encourage you to head to our Twitter page to watch the shorter versions of the episodes, or to our Facebook page to watch the full-length videos.

Fresh off his top-10 finish for American Ethanol, Austin Dillon heads to the famed Indianapolis Motor Speedway, also known as “The Brickyard,” for the Big Machine Vodka 400 this weekend. Dillon noted how excited he was for the race, saying, “Well, Indy is a fast place. You are looking at a wall going into Turn 1. It feels like a never-ending turn there. You can’t see it and it’s just a fun place to cross the bricks. Indianapolis Motor Speedway is a prestigious place, similar to Daytona International Speedway, Darlington Raceway, and a few of the other big tracks that we go to. We love getting there and trying to race for that trophy.”

Dillon also talked about a little extra motivation he has to win the pole this weekend, since his grandfather Richard Childress is scheduled to drive the pace car. “It would be cool to sit on the pole so that I can mess with him a little bit. I already told him that’s our goal, to go sit on the pole and give him a little bump before the race.”

Although Dillon is not driving the American Ethanol No. 3 Chevy in Indianapolis, the American Ethanol team will still be at the track this weekend hosting a group of special guests. We have partnered with the U.S. Grains Council to host a delegation of automotive reporters from Mexico at the track to show them the success of ethanol blends here in the United States and in NASCAR. Stay tuned for more on their visit next week!

The Big Machine Vodka 400 at the Brickyard will be televised live on Sunday, September 8 at 2 p.m. Eastern time on NBC. It will also be broadcast live on the Performance Racing Network and SiriusXM NASCAR Radio. 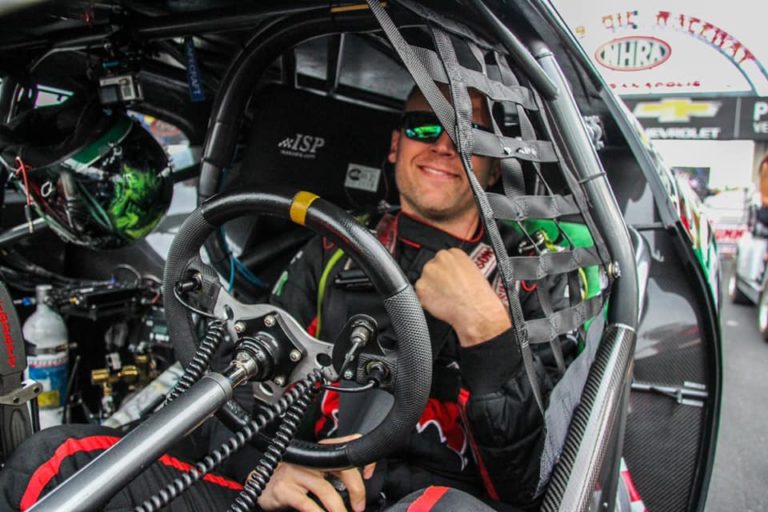 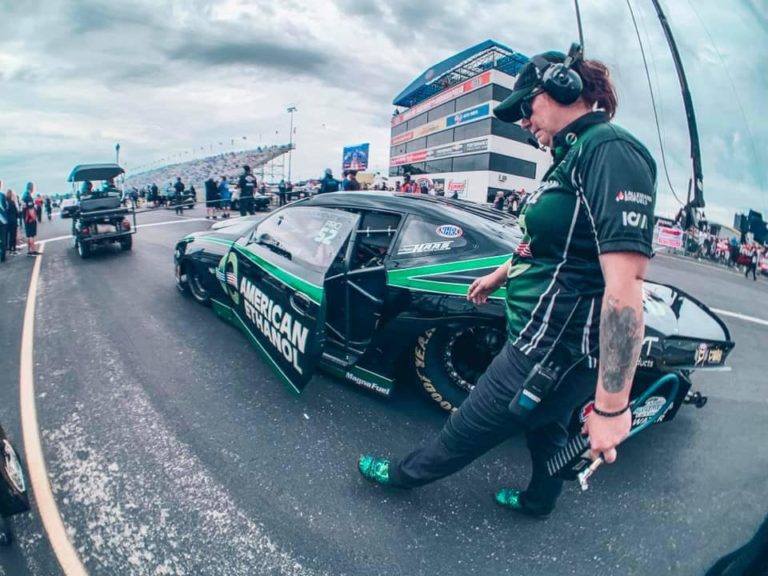 Deric Kramer continued his hot streak in the NHRA Pro Stock series, making yet another semifinal appearance at last weekend’s Chevrolet Performance U.S. Nationals at Lucas Oil Raceway in Indianapolis. Kramer took out fellow heavy-hitters within the series including Fernando Cuadra and Bo Butner, before falling to eventual winner Alex Laughlin in the semifinal round. After the race, Kramer locked up sixth place in overall Pro Stock points and will have a week off before the Countdown to the Championship kicks off. The Countdown to the Championship consists of six races, and begins on September 12 with the Mopar Express Lane NHRA Nationals Presented by Pennzoil at Maple Grove Raceway in Reading, Pa.

In the meantime, Kramer and his American Ethanol Chevy Camaro were featured in Drag Illustrated. After you check out the feature, head over to the NHRA website to see when and where to catch Kramer’s first playoff action of the season! 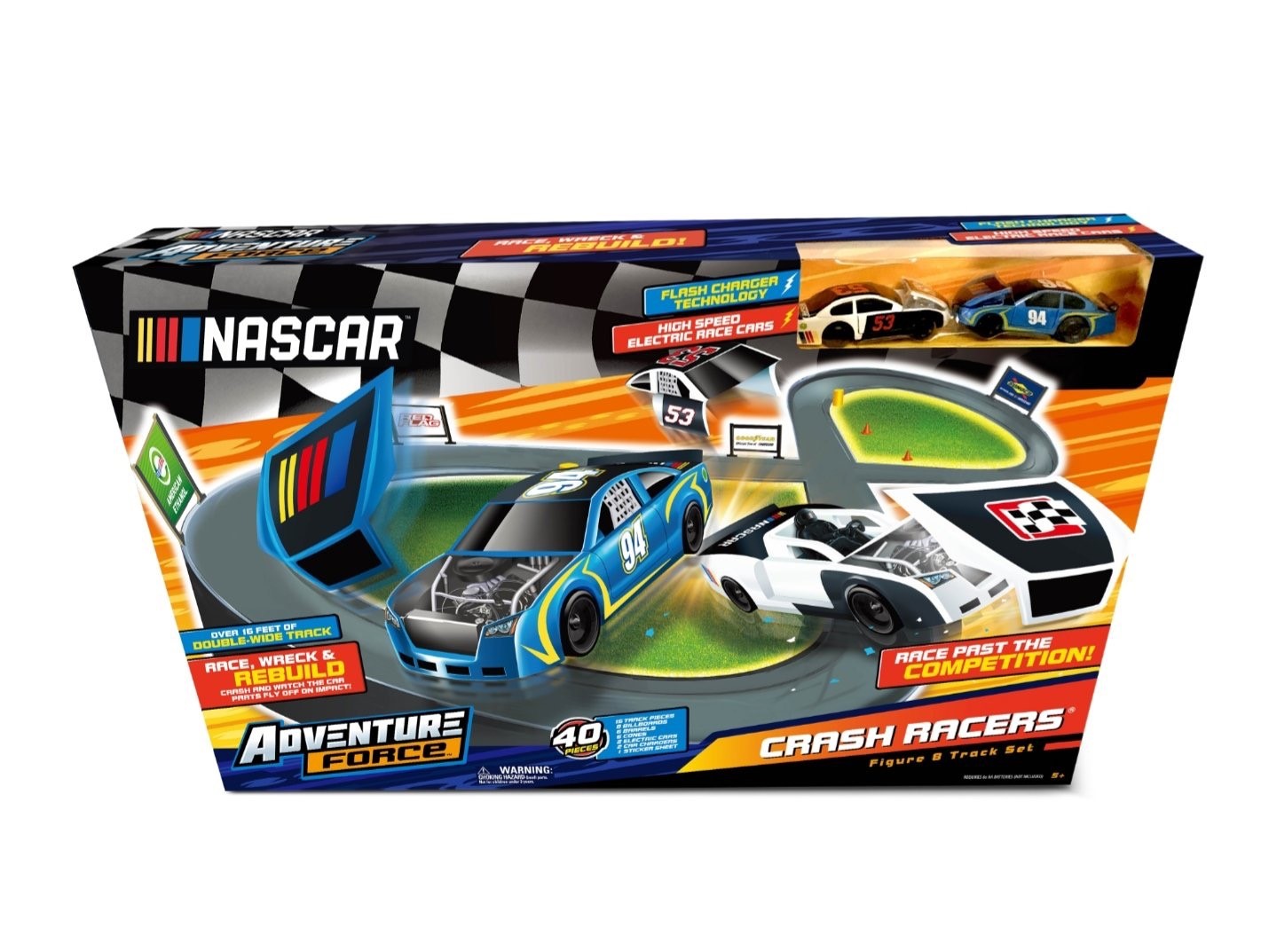 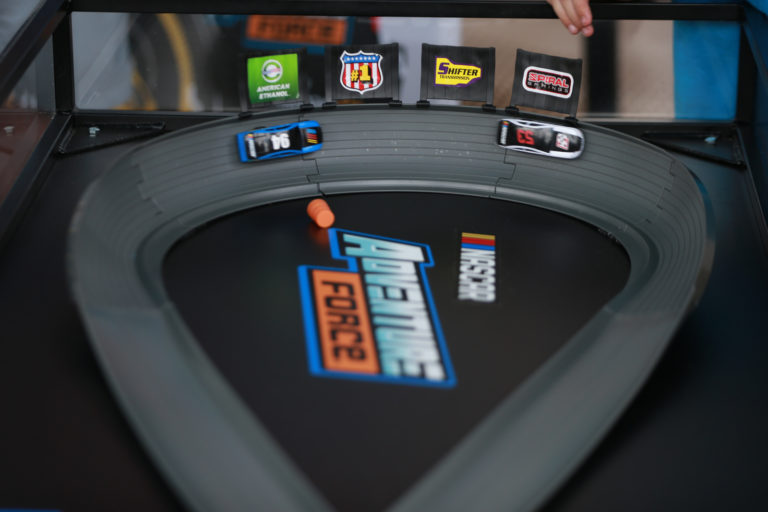 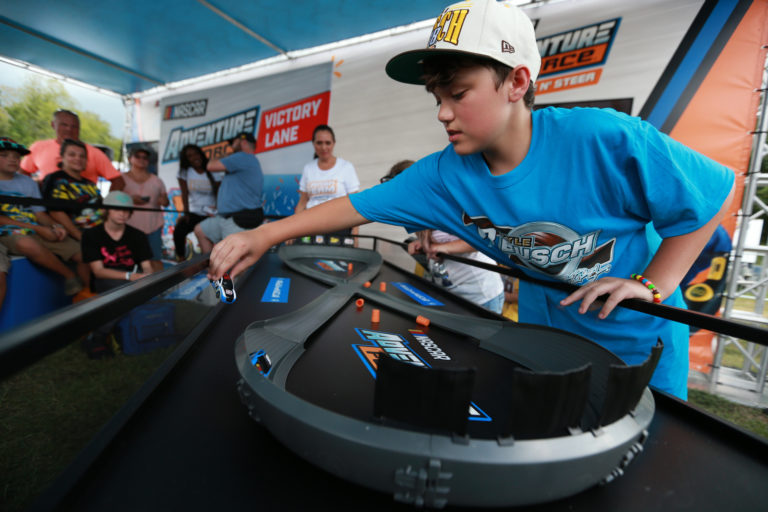 Growth Energy worked with NASCAR to participate in a new brand awareness initiative with Far Out Toys to license the American Ethanol brand as part of a NASCAR-themed play set for children. The set is called Adventure Force Crash Racers: “The only track set where you can race, wreck, and rebuild your cars on an officially branded NASCAR track.” It is currently being sold at major retailers like Target and Wal-Mart, and features American Ethanol branding on the box, as well as an American Ethanol sign that adorns the mock figure-eight track. We are excited at the opportunity to get the American Ethanol brand in front of more children and young families. If you have a young racer in your family, keep an eye out for the Adventure Force Crash Racers play set as a potential gift!

Successful Weekend of “Firsts” for the AELMT

The American Ethanol Late Model Tour (AELMT) had two successful events at new venues last weekend – Farmer City Raceway and Fairbury Speedway. Thirty-five drivers squared off in the first race of the weekend, the DuPont 40 at Farmer City Raceway, where AELMT driver Bobby Pierce took home the checkered flag. Next, the tour took its final trip through Illinois at Fairbury Speedway, where Frank Heckenast Jr. overcame his fellow drivers and tough weather condition for his first-ever tour win. The next event on the AELMT schedule is Saturday, September 14 at Hartford Speedway, which will be the Hartford, Mich. race venue’s final race of the season. Head over to AELMT.com for the latest standings and tour info and be sure to follow them on Twitter for real-time updates.