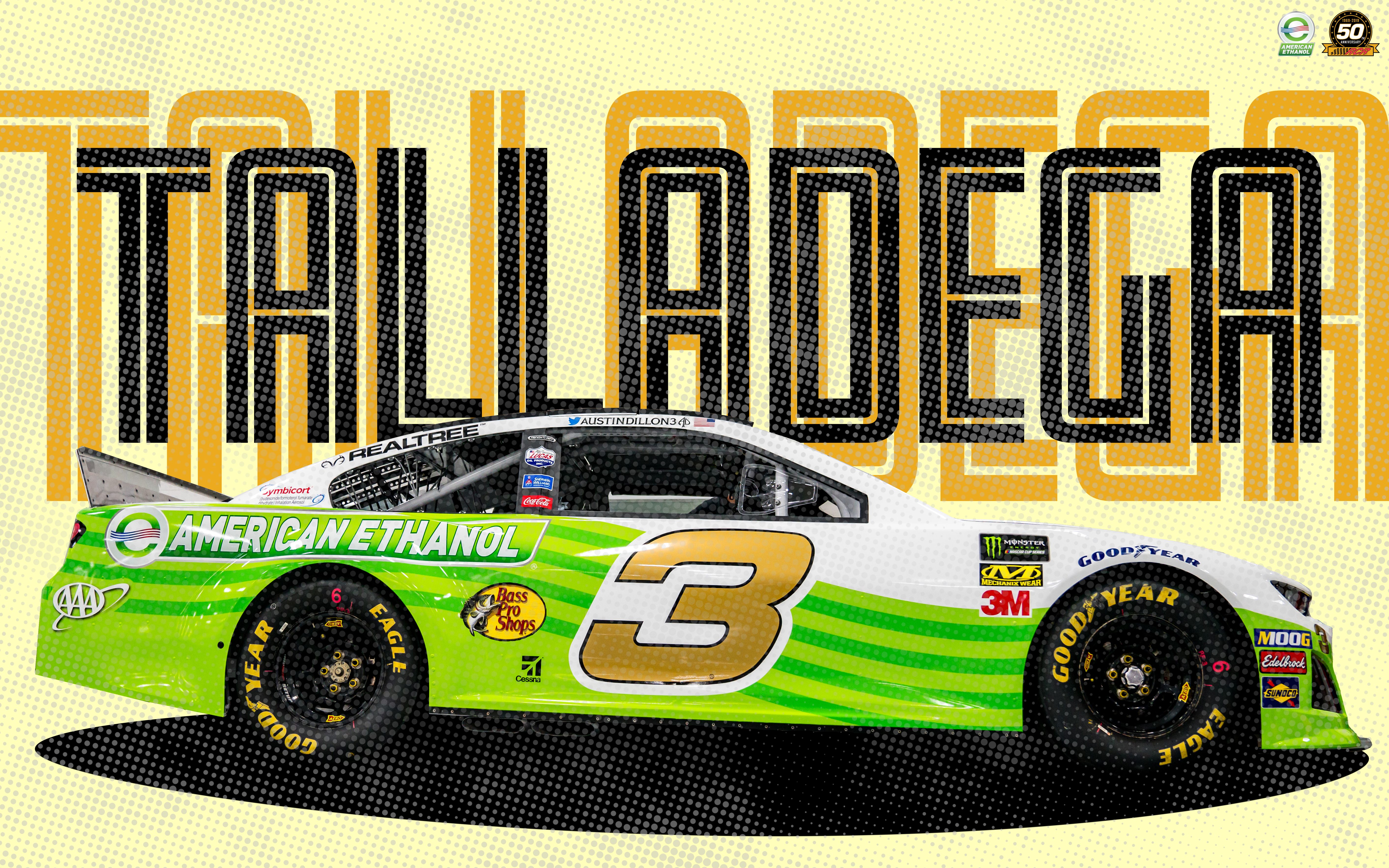 Austin Dillon will have the No. 3 American Ethanol Chevy Camaro ZL1 back on the racetrack this weekend at the famed Talladega Superspeedway, but the car will have a slightly updated special-edition paint scheme. Richard Childress Racing (RCR) is celebrating its 50th anniversary this year, and Talladega holds a special place in the history of RCR.

Growth Energy board member and chairman/CEO of RCR Richard Childress got his first opportunity to compete in a NASCAR-sanctioned event 50 years ago in the fall of 1969 — when 16 drivers boycotted the race at Talladega Superspeedway, allowing him to enter the field for the first time in his career as a NASCAR driver. So, the race this weekend is an especially important part of RCR’s 50th anniversary celebration, and American Ethanol will honor 50 years by running a paint scheme with a gold No. 3 and gold accents on our American Ethanol “e” logo on Austin Dillon’s car. 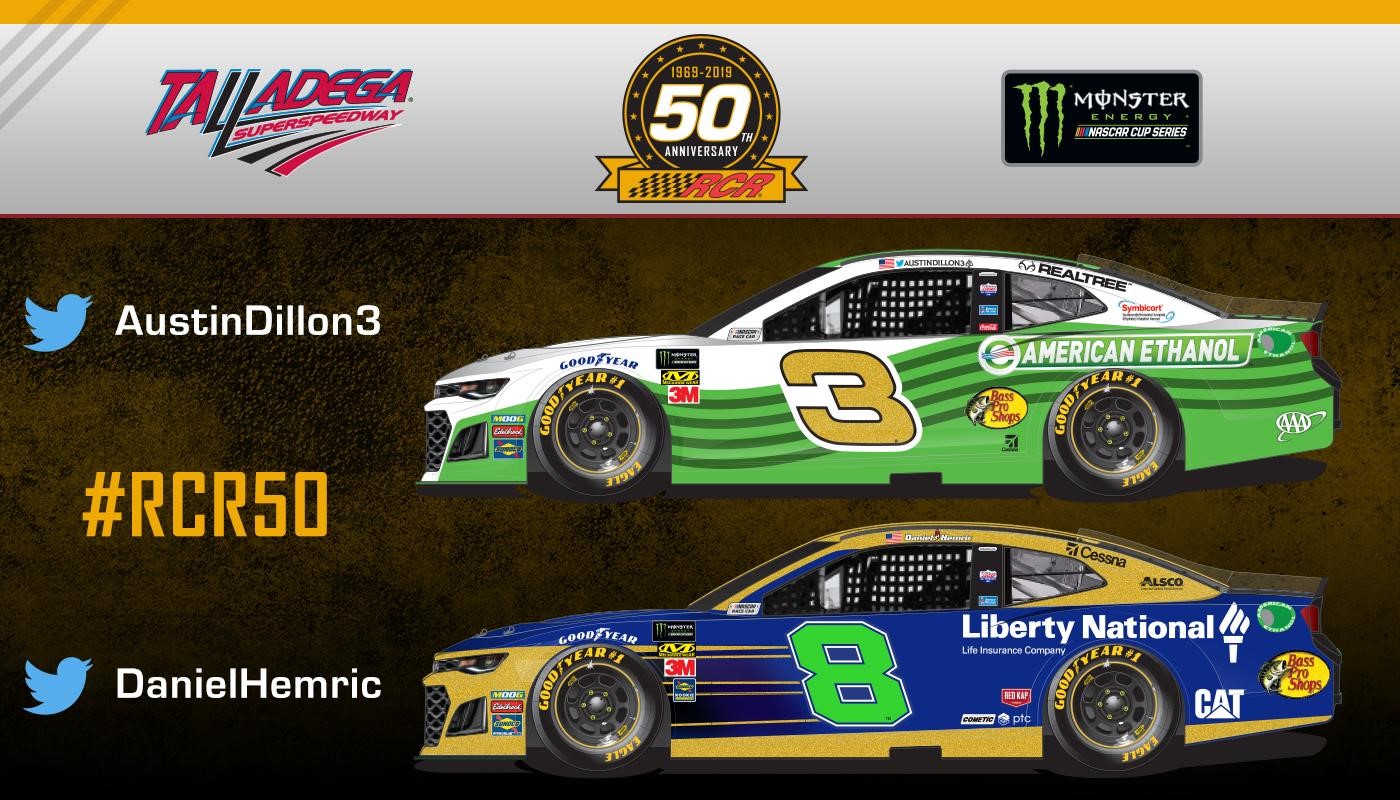 “Talladega Superspeedway is very cool because the track is very important to the history of Richard Childress Racing,” said Dillon. “It’s where RCR pretty much got everything going. My grandfather gets all the recognition for that. We’re going to celebrate that history when he takes part in pre-race ceremonies this weekend. It’s going to be special to see him out there in the same No. 3 Chevrolet that Dale Earnhardt Sr. drove to victory lane at Talladega. I know he’s pumped for that. Hopefully, we get the pole so we can push him around a little bit on the track.”

This weekend’s anniversary celebration for RCR will precede an important American Ethanol milestone of our own that we look forward to highlighting next month, so stay tuned!

The 1000Bulbs.com 500 at Talladega Superspeedway will be televised live on Sunday, October 13 at 2 p.m. Eastern time on NBC. It will also be broadcast live on the Motor Racing Network and SiriusXM NASCAR Radio.

Deric Kramer Ready for Action at the NHRA Carolina Nationals 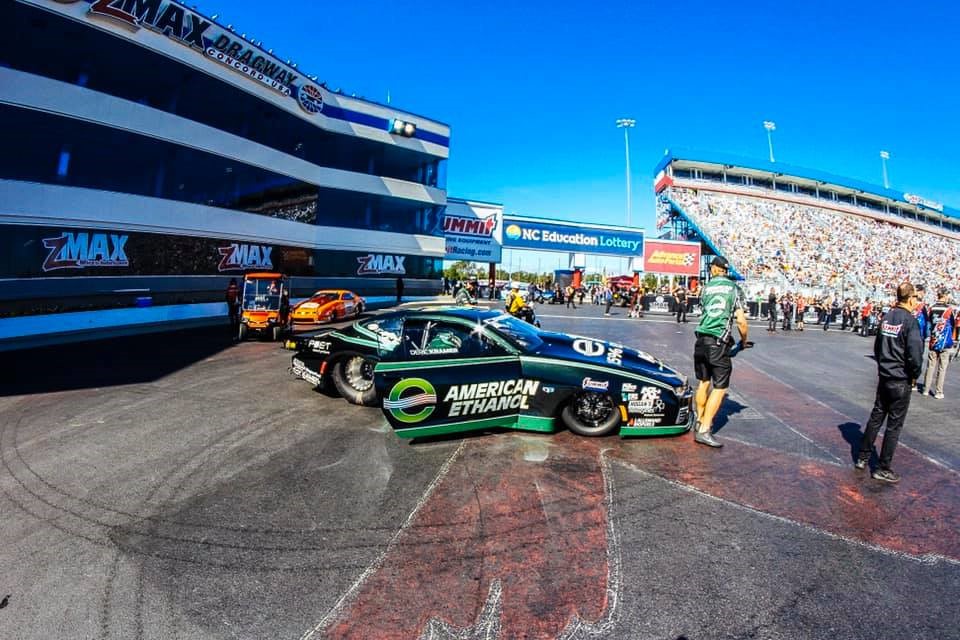 Deric Kramer’s hunt for an NHRA Pro Stock championship continues this weekend at the NTK NHRA Carolina Nationals at zMAX Dragway. Kramer is currently in eighth place in the NHRA playoff standings, 122 points behind series leader Jason Line. Kramer and his American Ethanol team have been dangerous all season and are poised to move their way up the leaderboard this weekend. Kramer expressed excitement on his Facebook page heading into the race weekend, saying “Pro Stock wasn’t at the spring zMAX Dragway event, so we’ve been chomping at the bit to get to this amazing facility and duke it out with the best of them!”

Head over to the NHRA website for the weekend’s TV schedule so you can tune in.

AELMT Championship Heads to I-96 Speedway 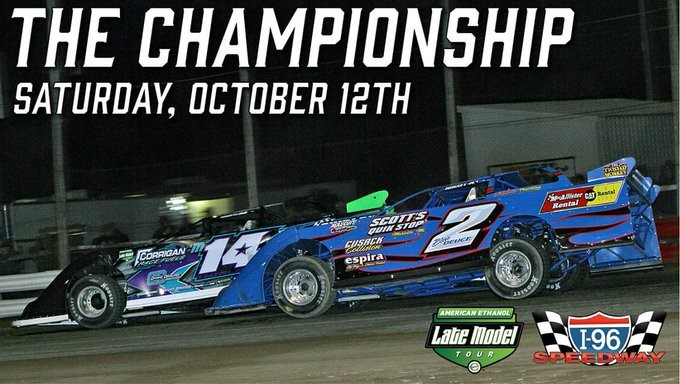 The American Ethanol Late Model Tour (AELMT) championship race is this weekend at I-96 Speedway in Lake Odessa, Mich. on Saturday, October 12. With 14 races across four states conducted so far, eleven different drivers have secured feature wins this season.

An early favorite to win this weekend’s race is Rusty Schlenk, the 2018 DIRTCar UMP National Late Model Champion, who has four wins under his belt at I 96 Speedway (a tour record). Brandon Thirlby is the current points leader in the AELMT and is the only other driver to win multiple races at the track, setting up a great showdown between the two drivers and the rest of the field. Hot laps begin at 5 p.m. on Saturday and the American Ethanol Green Flag will kick off the main event at 6:30 p.m. Be sure to follow the AELMT on Facebook and Twitter for updates!

In case you missed it, American Ethanol released the third video of our “Mean Ethanol Tweets” video series with ECR Engines’ Dr. Andy Randolph. The series plays off of the popular Jimmy Kimmel Show “Celebrity Mean Tweets” concept, where famous celebrities read off mean tweets about themselves. This series is a fun way for us to work with our partners to dispel harmful myths about biofuels. This week’s episode focuses on the myth that ethanol will harm engines.